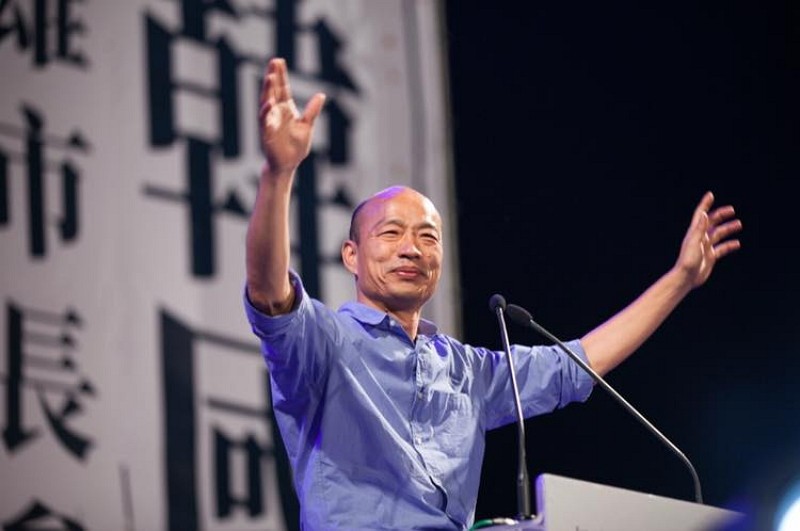 The opposition party presidential hopeful announced on Thursday (Nov. 28) that individuals under the age of 45 who work in the public sector — as police, firefighters, or military service members — for example, would be able to study abroad if he was elected, reported CNA.

The pledge comes on the heels of two other campaign promises previously made by Han, which have been criticized as bad checks that cannot be honored. These include the implementation of bilingual English and Chinese education starting from the first year of elementary school as well as giving all undergraduate and graduate students the chance to participate in a one-year study abroad program.

These “three arrows” constitute a major part of his policy platform, Han reckoned. The aim is to better connect Taiwan with the world by "going global," as the biggest crisis facing the country is its residents' lack of international vision, CNA quoted him as saying.

Taiwan cannot risk being forgotten by the world, Han said, stressing that isolation from the international community could spell disaster for the island nation in the future. Rather than placing bets on “inappropriate” areas, the government should shoulder the responsibility of investing big in the next generation, an issue he considers to be the top priority, according to the report.