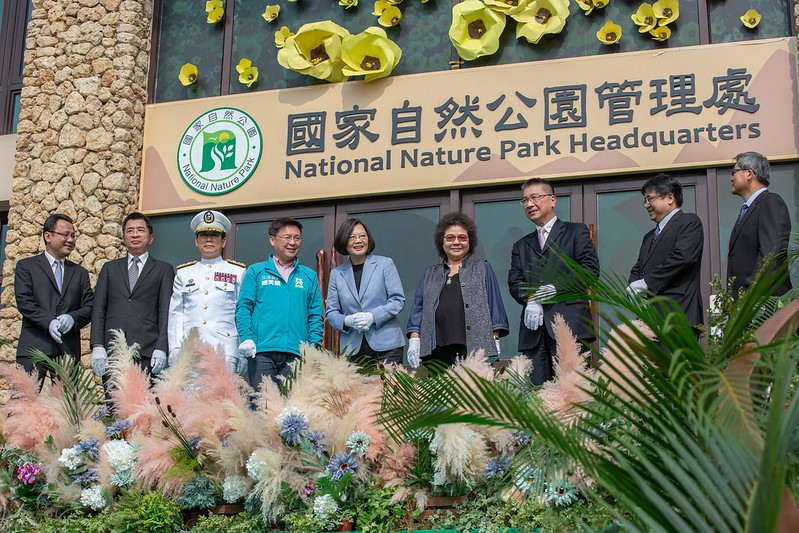 The Shoushan National Natural Park’s headquarters will be dedicated to providing better recreational services while promoting environmental protection, said Minister of the Interior Hsu Kuo-yung (徐國勇) at the ceremony in Kaohsiung. It has replaced the planning office that was established in 2011 at the same site and will take charge of two metropolitan parks in Taichung and Kaohsiung, he added.

The establishment of a national natural park represents the government’s emphasis on the preservation of foothills, hills, and rural areas, said President Tsai Ing-wen (蔡英文). She pledged to allocate more resources and work with the private sector to promote sustainable development and protect biological diversity.

The Shoushan National Natural Park is the first of its kind. Different from national parks, which often encompass vast mountainous regions or islands, national natural parks are smaller and relatively close to urban areas, and they possess abundant natural resources.

The 1,100-hectare national natural park includes hills — Shoushan, Qihoushan, Banpingshan and Gueishan — as well as historic sites, such as the Old City of Fongshan County and the former British Consulate at Takao. It should serve as a sanctuary for wildlife and a place for citizens to get close to nature, according to the ministry.