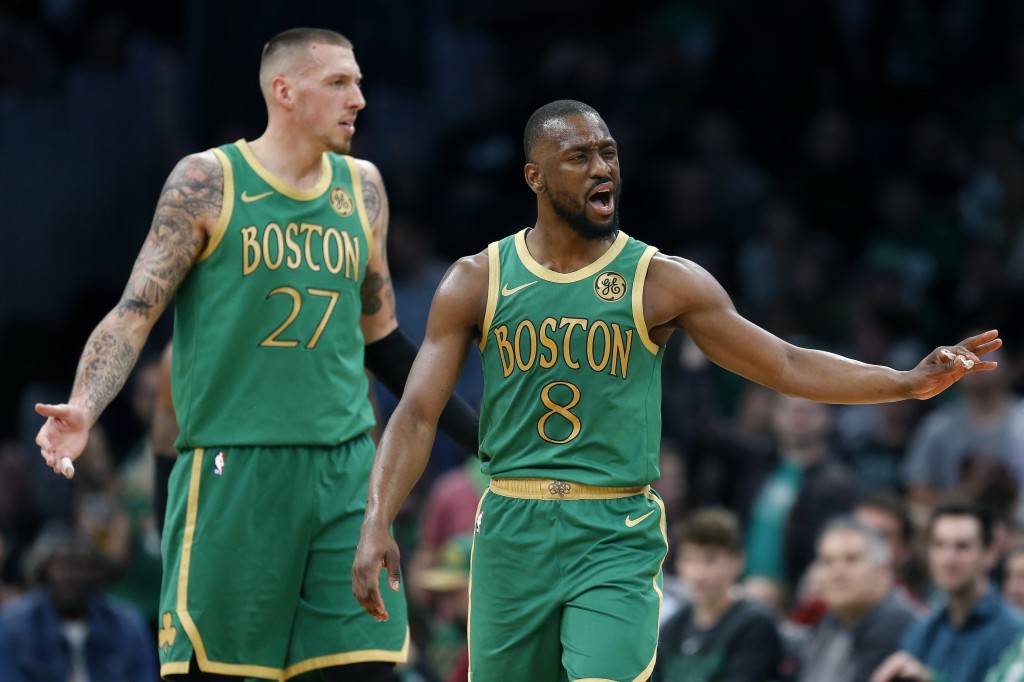 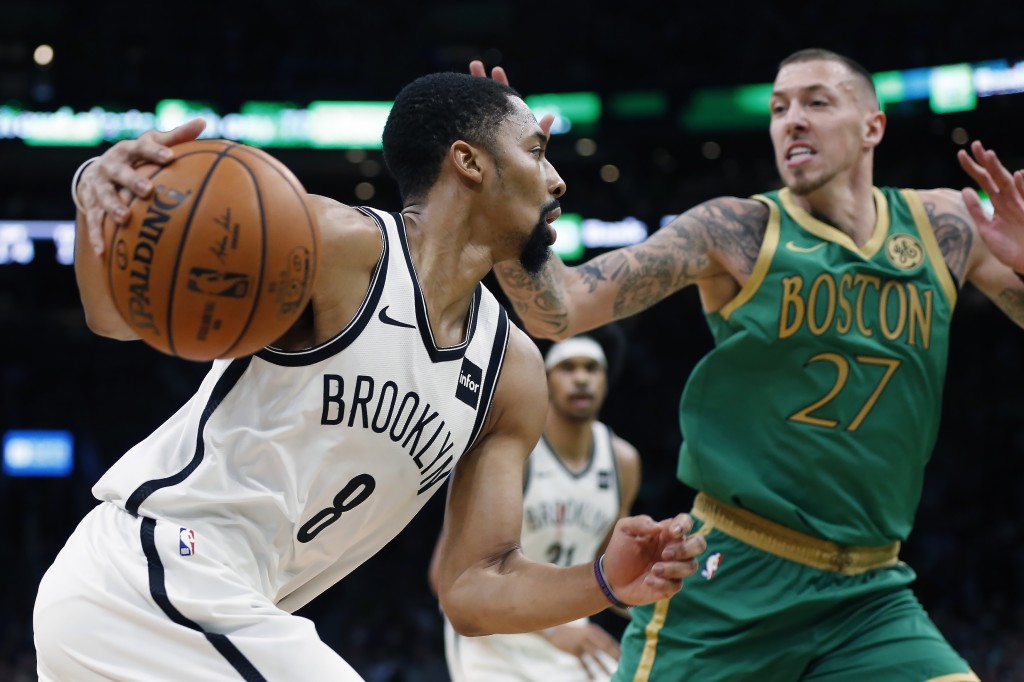 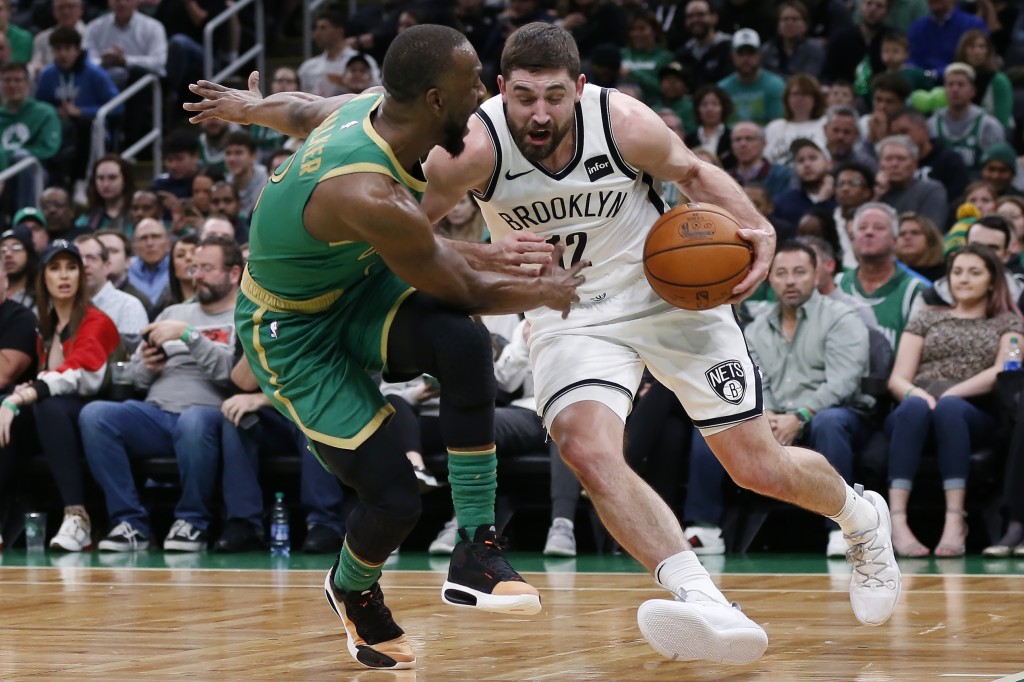 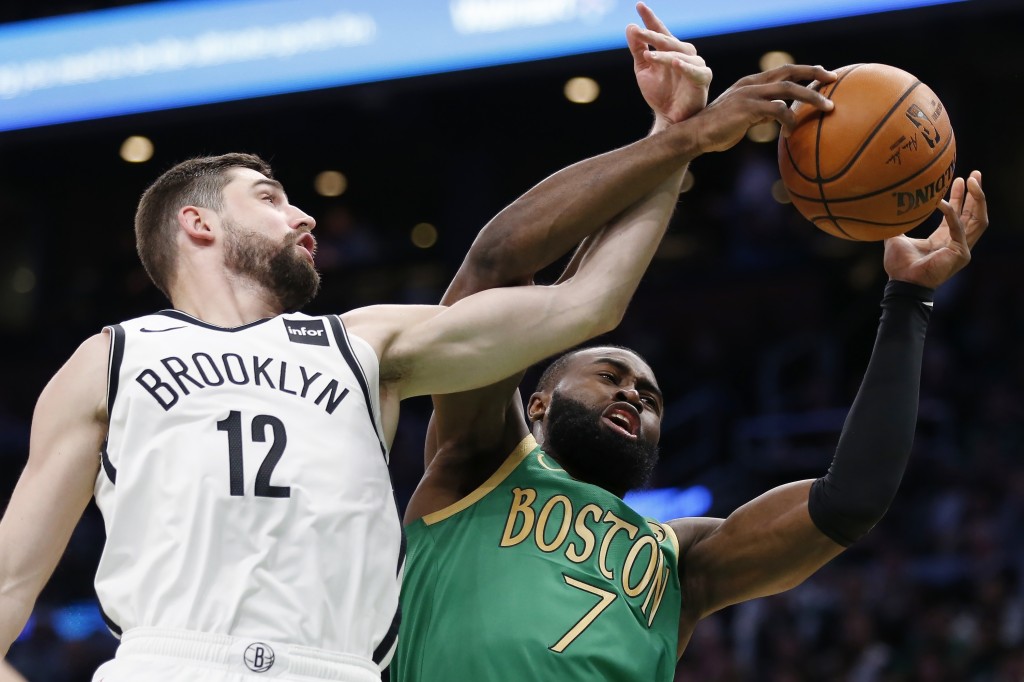 BOSTON (AP) — Kemba Walker returned from a neck injury to score a season-high 39 points — to the delight of the crowd that came to taunt the person he replaced — and Boston beat the Brooklyn Nets 121-110 Wednesday on a night the fans seemed more interested in taunting former Celtics point guard Kyrie Irving.

Missing one game after leaving the court on a stretcher wearing a neck brace following a head-to-torso collision with Semi Ojeleye, Walker had 13 points in the third quarter, when Boston scored nine straight to turn a one-point deficit into a 91-83 lead. Jaylen Brown added 22 points and 10 rebounds and Jayson Tatum had 16 points and nine boards for the Celtics, who improved to 7-0 this season at home.

Garrett Temple scored 22 points and Joe Harris had 21 for Brooklyn, which made a season-high 21 of the 56 3-point shots it attempted. Jarrett Allen had 17 points and 14 rebounds, and Spencer Dinwiddie had 16 points and 11 assists.

Brooklyn led 83-82 with just over 3 minutes left in the third when the Celtics scored the next nine points before Temple made a 3 to close out the third quarter. Boston led 104-101 in the fourth before scoring 17 of the next 24 points — nine of them from Walker — to put away the game.

The crowd might have bought tickets to heckle Irving on his return, but earlier in the week it was reported that he wouldn’t play in the game. Irving did not make the trip, but that didn’t slow down the Celtics fans that came to let him know how they feel.

Posters branding him as a coward decorated the entrance to the Boston Garden. A few fans who showed up wearing his No. 11 Celtics jersey with the words “Where is?” written on tape above his name. During the introductions, with Irving nowhere to be seen, the first “Kyrie Sucks!” chant broke out; it was repeated about a dozen times throughout the game. (There was also a “Yankees Suck!” chant, just because.)

The Nets, like the Celtics before them, are doing better without him.

They came into the night with a 5-1 record since Irving went out with a sore shoulder, climbing above .500 for the first time this season. The Celtics made it to the Eastern Conference finals two years ago when Irving was injured, and lost in the second round last season with him.

Nets: Have not beaten the Celtics in Boston in their last seven tries. They had won three in a row on the road; they have not won four straight road games since 2008.

Celtics: Injured forward Gordon Hayward took the microphone to wish the crowd a happy Thanksgiving before the opening tip. When the ball got stuck between the backboard and the shot clock in the final minutes, Celtics guard Marcus Smart grabbed a mop to jar it loose. The fans responded with an “M-V-P!” chant.

The teams play each other on Friday in Brooklyn.