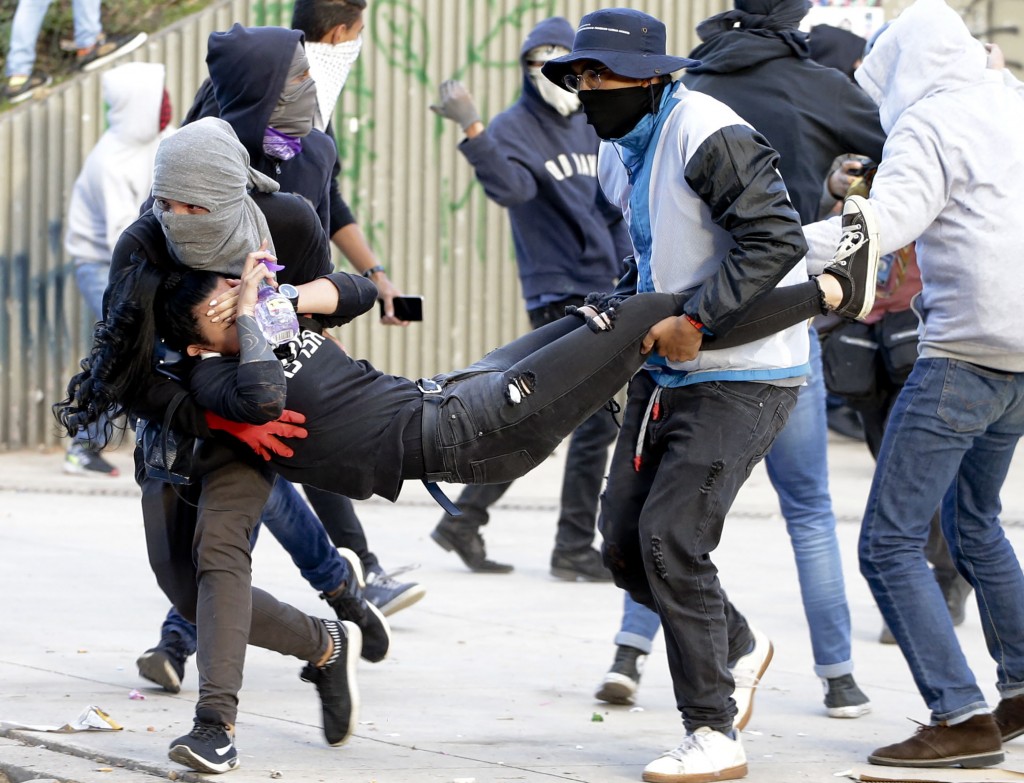 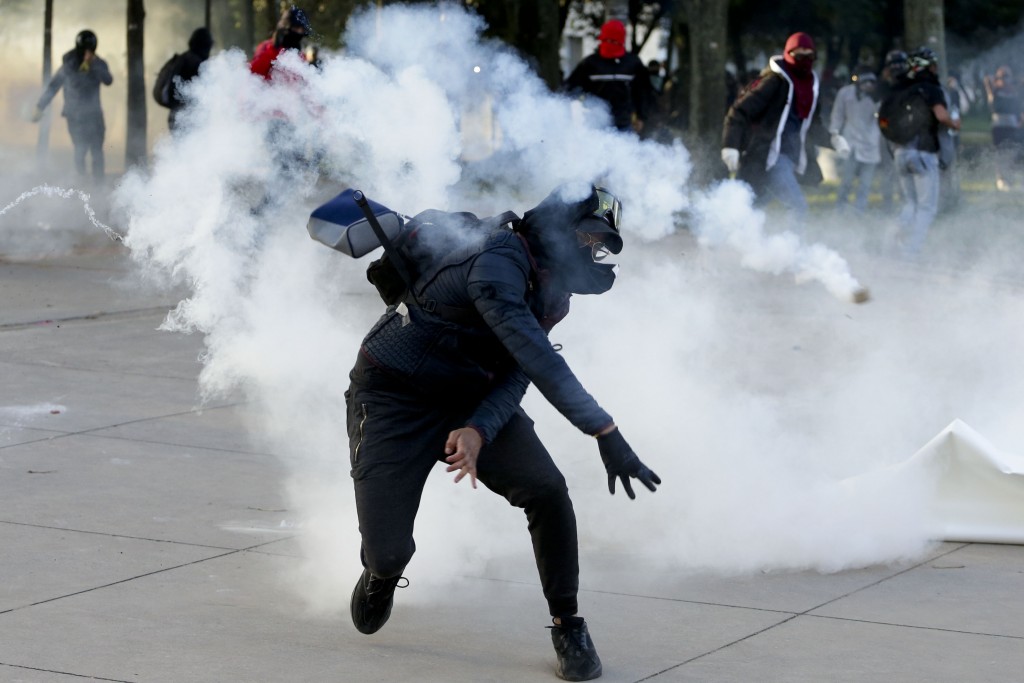 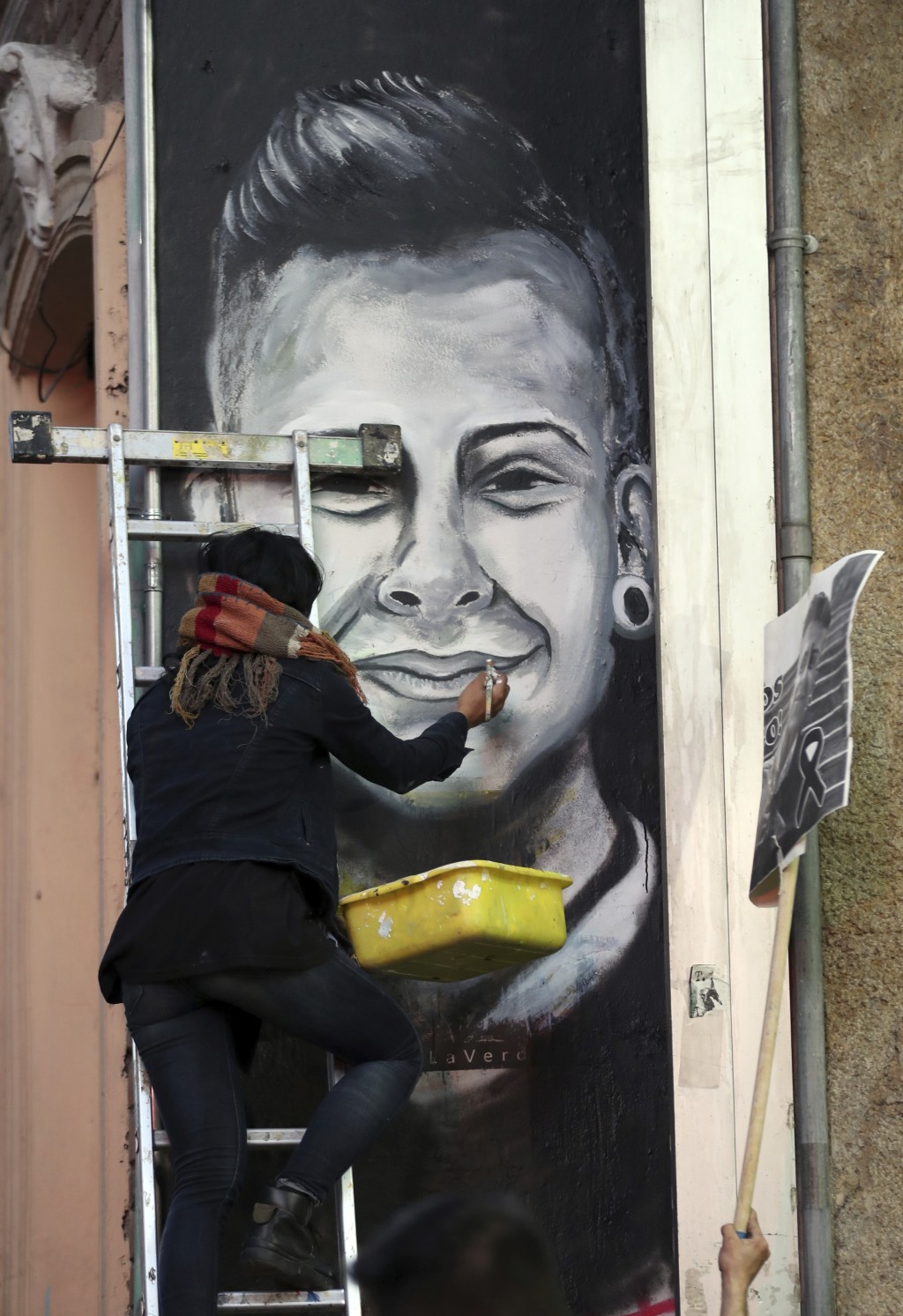 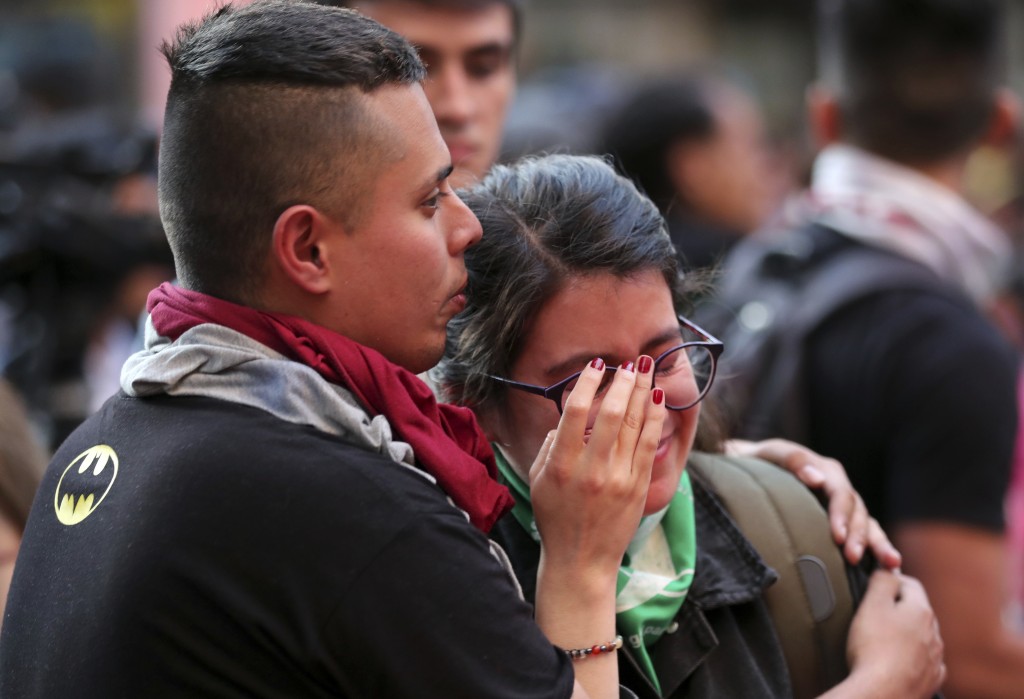 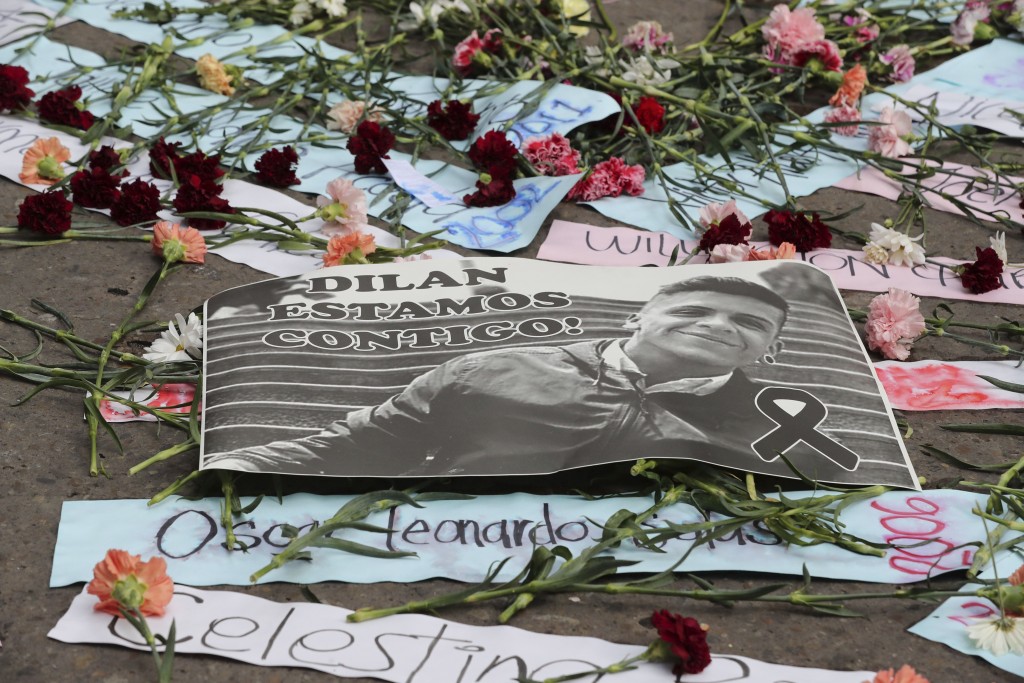 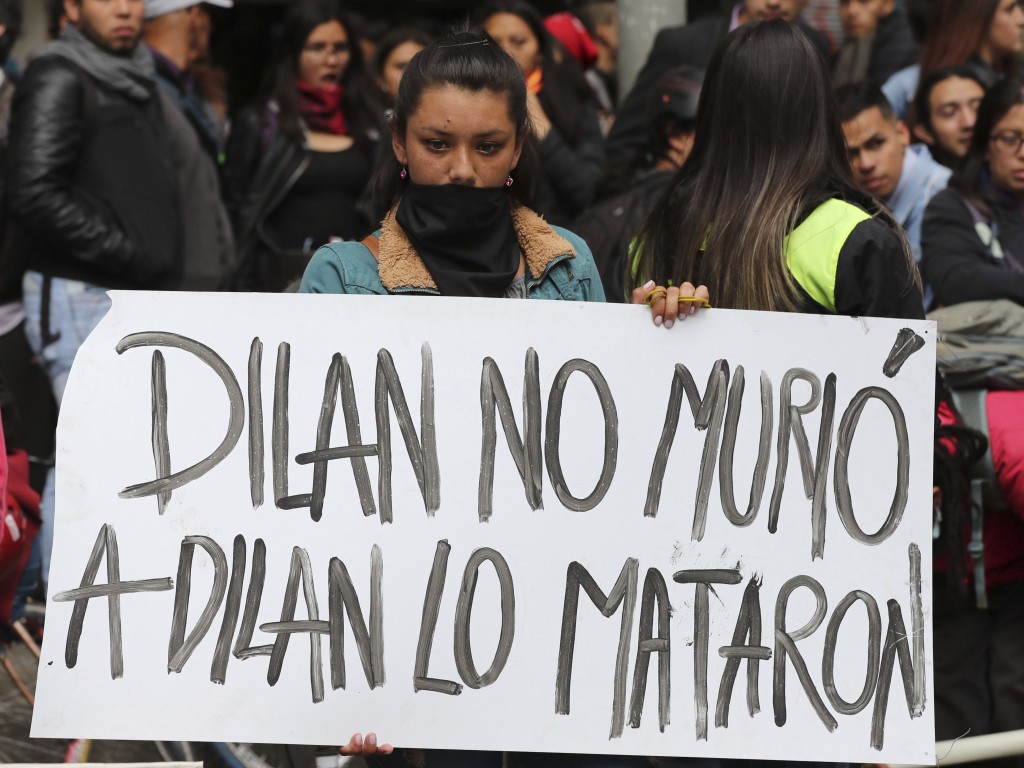 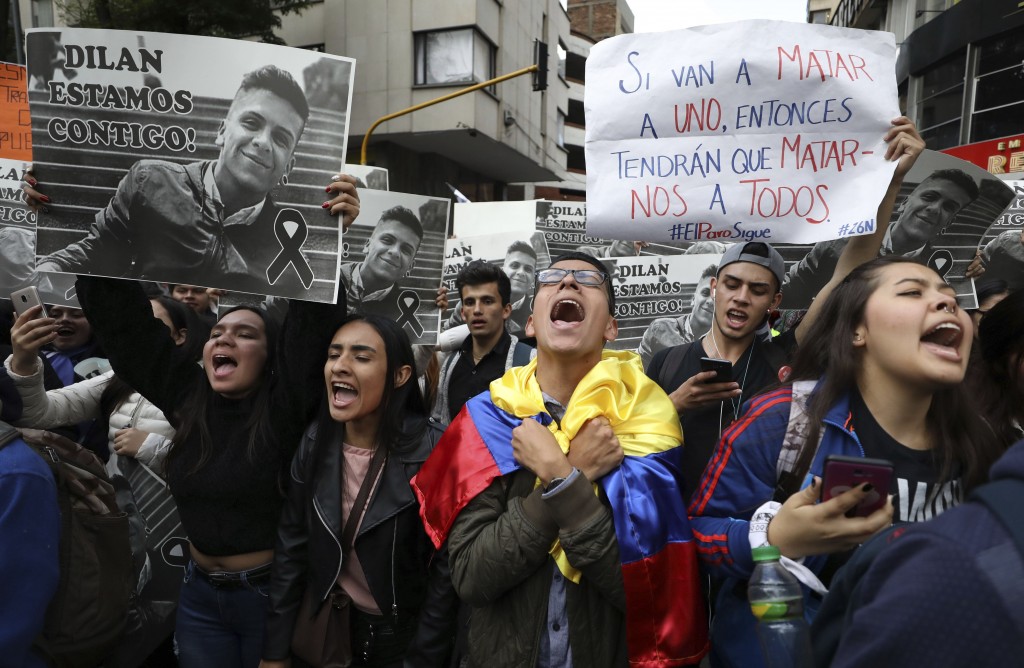 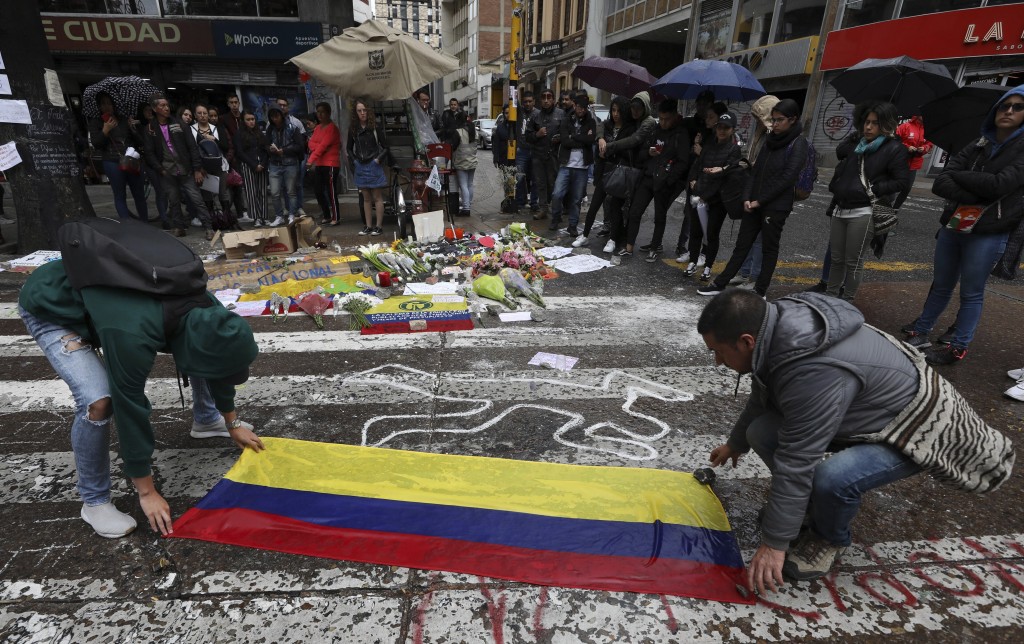 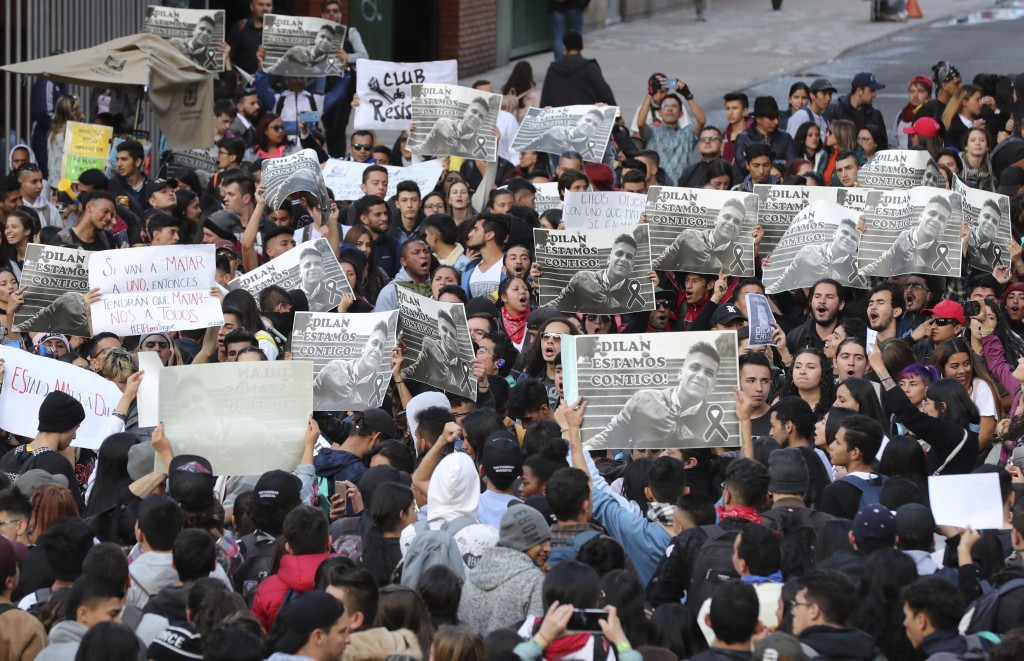 BOGOTA, Colombia (AP) — Colombians unhappy with President Iván Duque’s response to nearly a week of boisterous protests are taking to the streets again Wednesday demonstrating over issues ranging from tax reform to shark hunting quotas in the biggest display of unrest the nation has seen in decades.

The daily protests jolting the South American country are proclaiming an unusually diverse set of complaints, though with one similar refrain: an opposition to a government that many believe only looks after the most privileged citizens.

“We feel defenseless to everything,” Lucy Rosales, a pensioner walking in downtown Bogota, said Tuesday. “We don’t feel like we have a voice that represents us. It’s many things that they allowed to accumulate.”

The new march comes a day after Duque’s attempt to quell the unrest by holding talks with a protest steering group hit a snag when members of the National Strike Committee refused to be part of talks the president has called with all social sectors, creating new uncertainty about how long the already costly protests might drag on.

“The government has not been able to learn from the Chilean and Ecuadorian experiences,” said Jorge Restrepo, an economics professor, referring to the recent mass demonstrations in both of those countries. “It has made very many mistakes.”

The steering committee presented a 13-point list of demands Tuesday that asks Duque to withdraw or refrain from tax, labor and pension reforms. The labor and student unions leaders also want Duque to review free trade agreements, eliminate a riot police unit accused in the violent death of an 18-year-old student protester and fully implement the nation’s historic peace accord with leftist rebels.

The organizers want the conservative president to create a separate, independent negotiation process specifically to discuss their demands. It was an idea his administration is at least initially unwilling to concede, contending a more democratic approach would be to involve all Colombians.

“The president has explained that the ideal is to have inclusive spaces, not exclusive ones,” Vice President Marta Lucía Ramírez said.

Several protesters said they agreed with the National Strike Committee’s decision not to participate in Duque’s dialogue – which appears to take a page from French President Emmanuel Macron, who opened a “Great National Debate” to involve citizens in drafting reforms after months of angry protests in that country.

“Colombia is used to being lied to,” said Ana Maria Moya, a student participating the protests. “One learns not to trust in words.”

It remains unclear to what extent the National Strike Committee represents protesters in what has become a largely citizen-driven outpouring of discontent. An invitation to gather in a park or bang pots and pans quickly goes viral on WhatsApp and soon hundreds are filling neighborhoods with the angry sound of clanging metal and chants like “Get out Duque!”

Various leaders have tried to capitalize on the momentum, but none yet has come out as the unequivocal voice of the protesters.

“There is a contest over the ownership of the protesters,” Restrepo said. “I see students get out in the streets because they need more social mobility, higher levels of income, more opportunities at least in employment. But then the ones that claim they represent those students in the streets are the unions.”

Colombia is widely considered in need of labor and pension reform. Few retirees currently have access to pensions, with the lowest-income earners the least likely to get one. Labor laws make it difficult to hire new employees. Even as the nation’s economy grows at a healthy 3.3%, unemployment has risen to nearly 11%, the highest level since 2010, Restrepo said.

“I would characterize the demands of the National Strike Committee as highly conservative, regressive and counter-reformist demands,” he said.

Nonetheless, the committee’s message has resonated widely, tapping into the myriad frustrations of Colombians.

For some it is big-picture issues like not fully implementing accords, endemic corruption and persistent economic inequality. For others it is small indignities, like relatively pricey public transportation that is also slow and overcrowded.

One unusual sight in the protests has been that of giant plastic sharks, which at least one demonstrator always seems to be raising above the crowd, decrying a government decision allowing a certain amount of shark fishing.

“It’s like all the groups are feeding off each other,” said Gimena Sánchez-Garzoli, a human rights advocate with the Washington Office on Latin America.

Few expected that such a mixed bag of motivations could generate a prolonged protest, though many now think it could continue for some time.

The protest has already been costly. Four people have died, hundreds are injured and millions of dollars have been lost from businesses shuttering during demonstrations.

The patience of some Colombians is beginning to wear thin.

Julio Contreras, a deliveryman who was tear gassed while trying to get 20 kilos (44 pounds) of chicken to restaurants, said he is ready for the protests to be done.

“They’re not letting us work,” he said. “The students should be in the universities and not affecting us.”