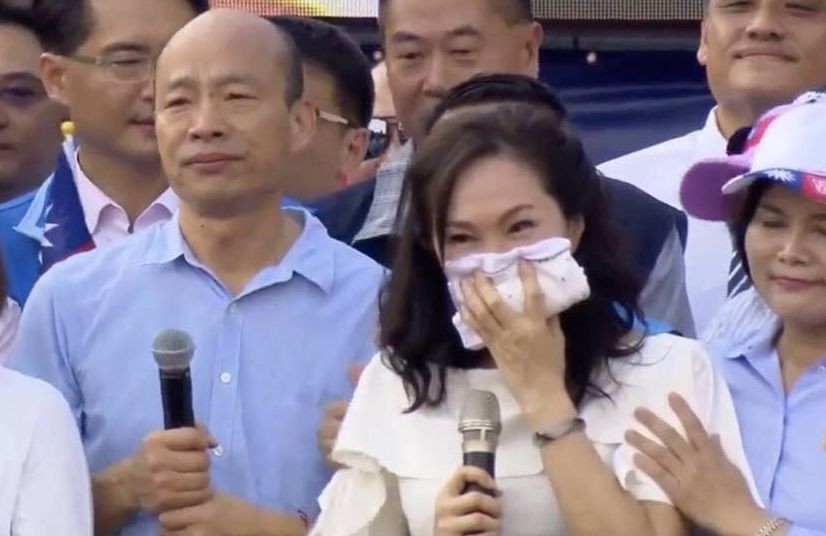 Lee had originally been slated to stump for her husband among overseas Taiwanese voters in Singapore this week. The city-state's media outlets estimate there are 50,000 Taiwanese currently residing in the Lion City.

However, the KMT on Tuesday (Nov. 26) announced that Lee's trip had been canceled due to Singaporean government concerns about security, reported The Straits Times. In response to media questions about the cancellation, a spokesman for Singapore's Ministry of Foreign Affairs (MFA) said, "The Government does not permit the conduct of foreign political activities, including campaigning and fund raising, in Singapore."

The spokesman added, "We have consistently maintained the same policy for all parties.” He added that "all residents and visitors" are expected to abide by the nation's laws.

Lee and the KMT are desperately seeking new ways to drum up support for Han. The latest survey by the Cross-Strait Policy Association shows the combination of President Tsai Ing-wen (蔡英文) and former Premier William Lai (賴清德) has a support level of 50 percent, while Han and his running mate Simon Chang (張善政) lag far behind at 28.3 percent.

Lee Chia-fen has been able to enter other countries with large Taiwanese communities in Southeast Asia, such as the staunch ally of Communist China, Cambodia — which does not allow Taiwan to have a representative office in its territory. Lee has also recently visited Vietnam and Japan to rally Taiwanese behind her husband, while on Monday (Nov. 25) she stumped in Indonesia before heading to Malaysia, reported UDN.