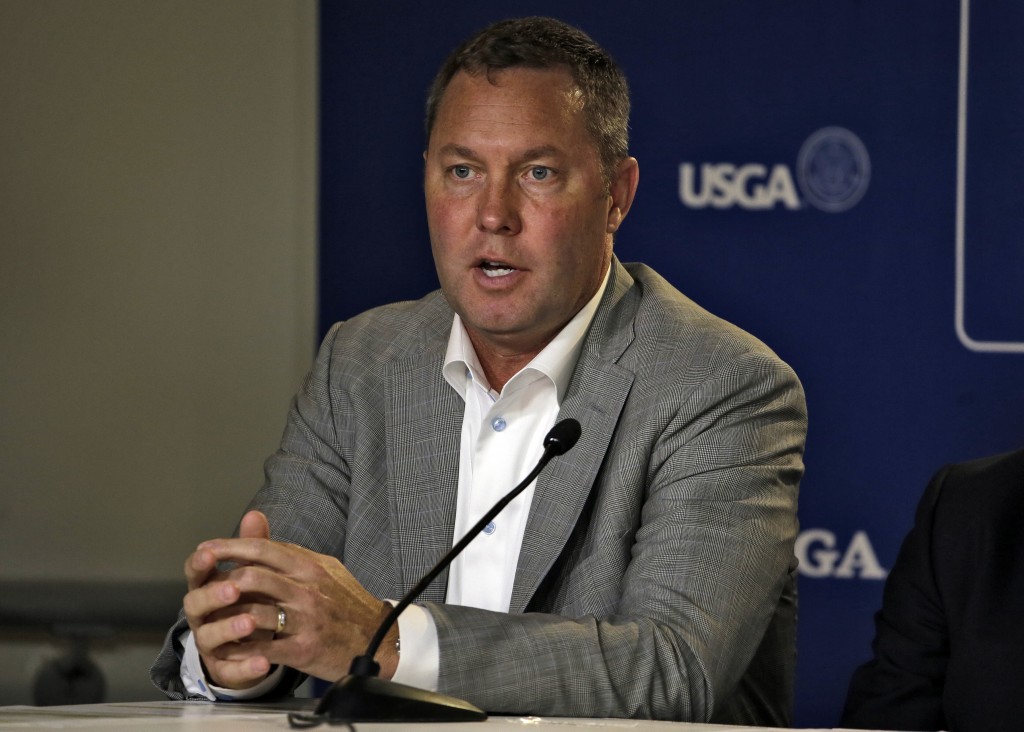 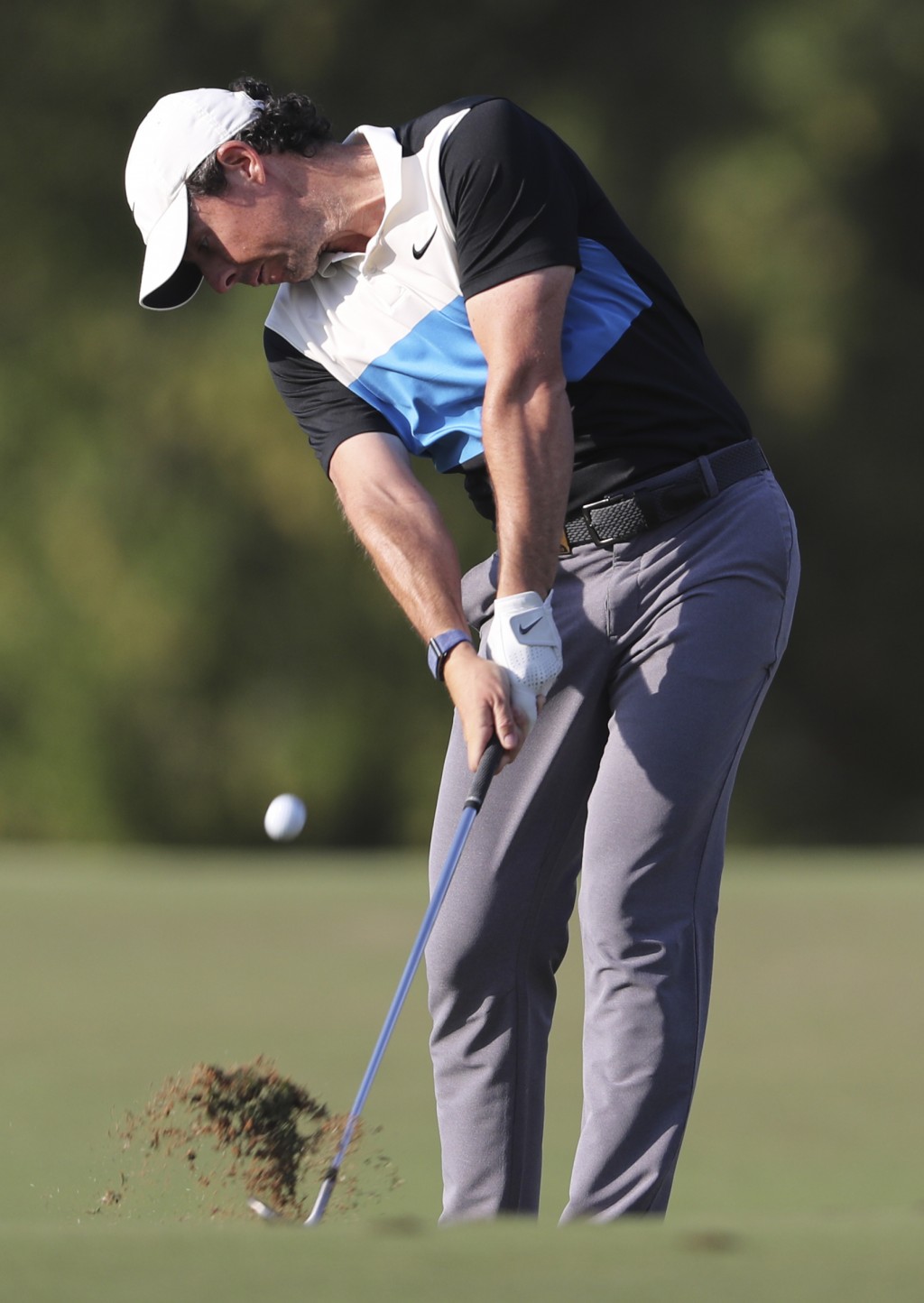 NAPLES, Fla. (AP) — Not even Commissioner Mike Whan is clear on the length of the contract extension the LPGA Tour gave him.

That’s the least of his concerns. Whan says his contract has been structured in such a way that his departure — either leaving or getting fired — is not tied to whatever income is left on the deal.

What drives Whan as he enters the second decade is getting more companies to show support for women in their marketing dollars. In a strong letter to LPGA members announcing his extension last week, he raised the question that if a company’s stated values are to provide equal opportunity for women, why wouldn’t that be reflected in the marketing and sponsorship money it spends?

“How is it that nearly every company claims equal opportunity is a cornerstone of their business, but 95% of all corporate sports sponsorship dollars are spent on male sports?” he wrote.

Whan was equally bullish on the weekend of the CME Globe Tour Championship, which offered $5 million in prize money with a record $1.5 million for the winner.

The new mantra: Live your values.

“That doesn’t mean everybody is going to agree with me,” he said. “In fact, I can tell you that 95% of the companies disagree with me, evidently. But I do think it’s coming. ... There’s investors that will only invest now in companies that have these kind of values reflected in everything they do. When money stops flowing to you because you’re not walking the talk, the world is going to change.”

The LPGA Tour will have a 33-tournament schedule this year with a record $75.1 million in prize money. The PGA Tour offered $81.75 from its nine tournaments in the fall. For the season, the total purse is $374.7 million for 48 official events, not including the $15 million bonus for the Tour Championship.

The European Tour has 44 tournaments with total prize money of just over $200 million.

Brad Faxon has golf fans he doesn't even know, including the best player in women's golf this year. Jin Young Ko was asked before the LPGA Tour finale if she had a favorite player who was not South Korean, because Se Ri Pak was a role model for so many.

And yes, it's all about the putting.

Ko, perhaps not surprisingly, is among the best on the LPGA Tour with the short stick. She said she watched YouTube video of Faxon's putting from age 15 to about 19. That was before she had a coach. Ko now works with Gareth Raflewski, who has revamped her entire short game as Ko reached No. 1 in the world.

And maybe there's another reason she won't give Faxon a call about putting.

"I think he a little expensive," she said with a laugh.

Lanto Griffin had a dream start to his second season until he was running on fumes and missed more than just his only cut of the season at Sea Island.

The Houston Open champion, who finished in the top 20 in his first six tournaments, opened with a 74 and rallied with a 65. He missed the cut by one shot. That cost him the final two rounds in the "RSM Birdies for Love" competition, which awards $300,000 toward a charity of the player who has the most sub-par holes in the fall.

"I was disappointed," Griffin said before leaving Sea Island. "But like I said, I'm tired and I battled as far as I could, so I've got nothing to hang my head about. Just cross my fingers and hope."

No such luck. Scotti Scheffler shot 63 on Saturday to pull within one birdie, and then ran off four on the back nine to beat Griffin by one.

It wasn't a total loss for Griffin. Second place paid $150,000, which he plans to use to start a foundation and help out in the southwest Virginia area where he was raised.

Scheffler, the Korn Ferry Tour player of the year, didn't earn that charity bonus by accident. In the start to his rookie season, he made the cut in all seven events he played, with five finishes in the top 20 and three in the top 10.

Stanford would have been considered a strong favorite to win an NCAA title next year with Andrea Lee and Albane Valenzuela, who have reached Nos. 1 and 2 in the women’s world amateur ranking.

That was before their trip to Pinehurst, where each made it through the LPGA Q-Series to earn cards for next year.

Lee and Valenzuela were among five top collegians who earned cards through the LPGA qualifier and have decided to turn pro instead of deferring status until after the college season. Jennifer Kupcho and Maria Fassi deferred membership until June last season, and both kept their cards — Fassi narrowly, while Kupcho was among the 60 who reached the season-ending CME Group Tour Championship.

Others joining the LPGA early next year are Jennifer Change (USC), Sierra Brooks (Florida) and Frida Kinhult, the No. 4 female amateur in the world who plays at Florida State. She is the sister of European Tour player Marcus Kinhult of Sweden.

“I know the program is going to be taking a pretty big hit with both of us gone,” Lee told Golfweek. “Honestly, I feel really sad about it, leaving my teammates and not giving us the best chance at possibly winning the national championship.”

Shugo Imahira’s two victories on the Japan Golf Tour this year were cut short by rain — the Dunlop Phoenix last week to 54 holes, and the Bridgestone Open last month to 36 holes because of Typhoon Hagibis.

He now is No. 34 in the world and is assured of being in the top 50 at the end of the year to get an invitation to the Masters. He played Augusta National for the first time in April. Imahira missed the cut in all four majors last season.

“I wish I could win by playing all four rounds, so winning by not playing four days seems to be not really a victory to me,” he said.

Along with his two victories, Imahira has five runner-up finishes on the Japan Golf Tour this year.

Women’s British Open champion Hinako Shibuno will not be joining the LPGA Tour. She said earlier this month it was only her first year on the Japan LPGA and she did not think she had the skill yet to play on the LPGA Tour. Shibuno won last week for her fourth title on the Japan LPGA, which does not include her major at the Women’s British Open. ... Jon Rahm on the European Tour ($3 million), Sei Young Kim on the LPGA Tour ($1.5 million) and Tyler Duncan on the PGA Tour ($1.188 million) each won with a birdie putt on the final hole of the tournament. ... Rory McIlroy finishes the year with top 10s in 19 out of his 25 tournaments worldwide, including eight out of 10 since his missed cut at Royal Portrush.

Of the six PGA Tour winners in the fall who earned Masters invitations, only Joaquin Niemann (No. 84) was inside the top 150 in the world.

“Whenever we’re done and we hand the baton to the next group that can run faster than us, we are going to give them a bigger lead than we had when we got the baton.” — LPGA Commissioner Mike Whan.