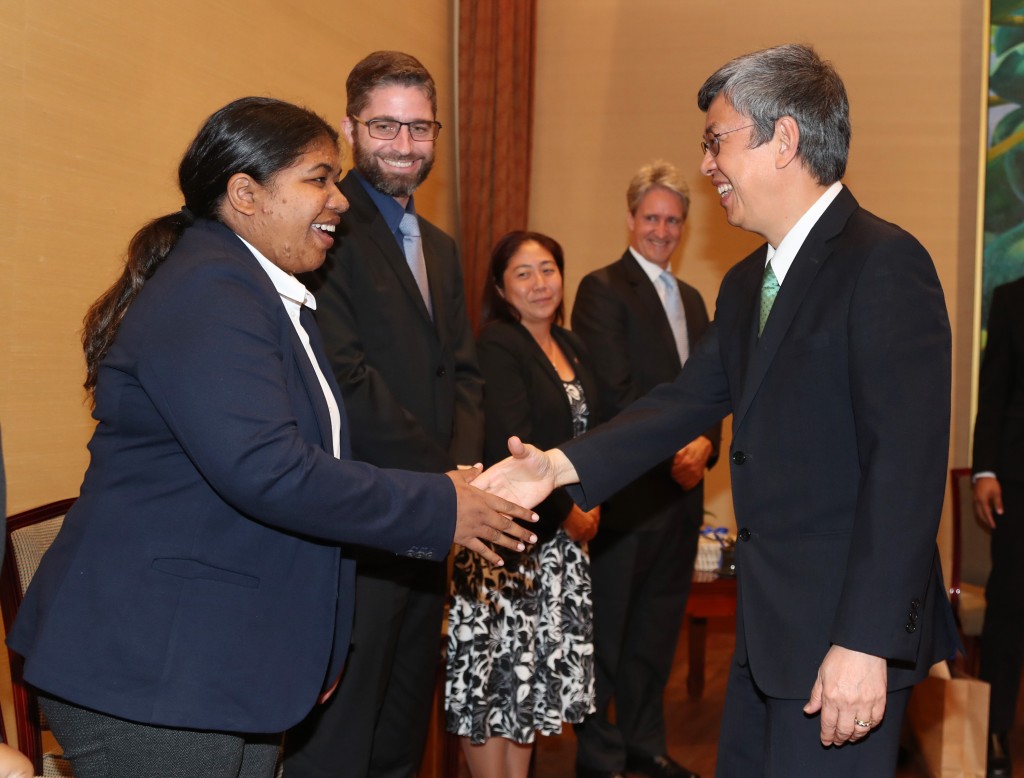 Of Taiwan’s 15 remaining official diplomatic allies, four are located in the Pacific, namely the Marshall Islands, Vanuatu, Palau and Nauru. Earlier this year, the Solomon Islands and Kiribati switched recognition to China.

Speaking during a meeting with participants in the 2019 Pacific Islands Leadership Program in Taipei Tuesday, Chen said that apart from contributing to scholarships and to regional development plans, Taiwan would also launch the healthcare fund, the Liberty Times reported.

The vice president praised the trilateral cooperation between Taiwan, the United States and the Pacific island nations and thanked the latter for their support at international organizations, where Taipei faces bullying by China as a major hurdle to participation.

Chen also emphasized the historical and linguistic links between Taiwan and its diplomatic allies in the Pacific region, the Liberty Times reported.