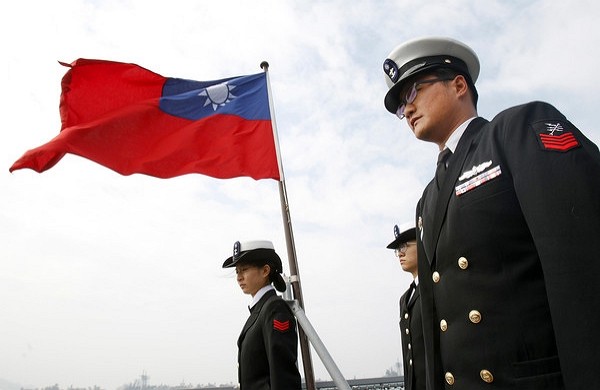 TAIPEI (Taiwan News) — U.S. Senator Ted Cruz (R-TX) is planning to introduce the Taiwan Symbols of Sovereignty Act (Taiwan SOS Act) to allow the display of Taiwan's national flag at U.S. government agencies and on the uniforms of Taiwan representatives working in the country.

According to ETtoday, Christian Whiton, a senior adviser to former U.S. President George W. Bush and President Donald Trump, said Friday (Nov. 22) that Cruz has been advocating for the bill. He said Cruz hopes the U.S. government can partially "peel back" its restrictions on Taiwan.

In 2015, the Taipei Economic and Cultural Representative Office in the U.S. (TECRO) held a flag raising ceremony at the Twin Oaks estate in Washington D.C., causing the Chinese government to express its dissatisfaction. Consequently, the Obama administration established the Guidelines on the Relationship with Taiwan, which prohibited Taiwanese flags from being worn or displayed in any U.S. government agencies.

If approved, the Taiwan SOS Act would allow the country's flag to be worn on military uniforms and at any government agency in the U.S. The new bill would also grant the U.S. Department of State and the Department of Defense permission to post content related to Taiwan's sovereignty on social media.

An associate of Cruz told CNA that the Taiwan SOS Act will contradict the "One China" policy that the Obama administration previously held. He emphasized that it was very important that the U.S. and the rest of the world stand with Taiwan.