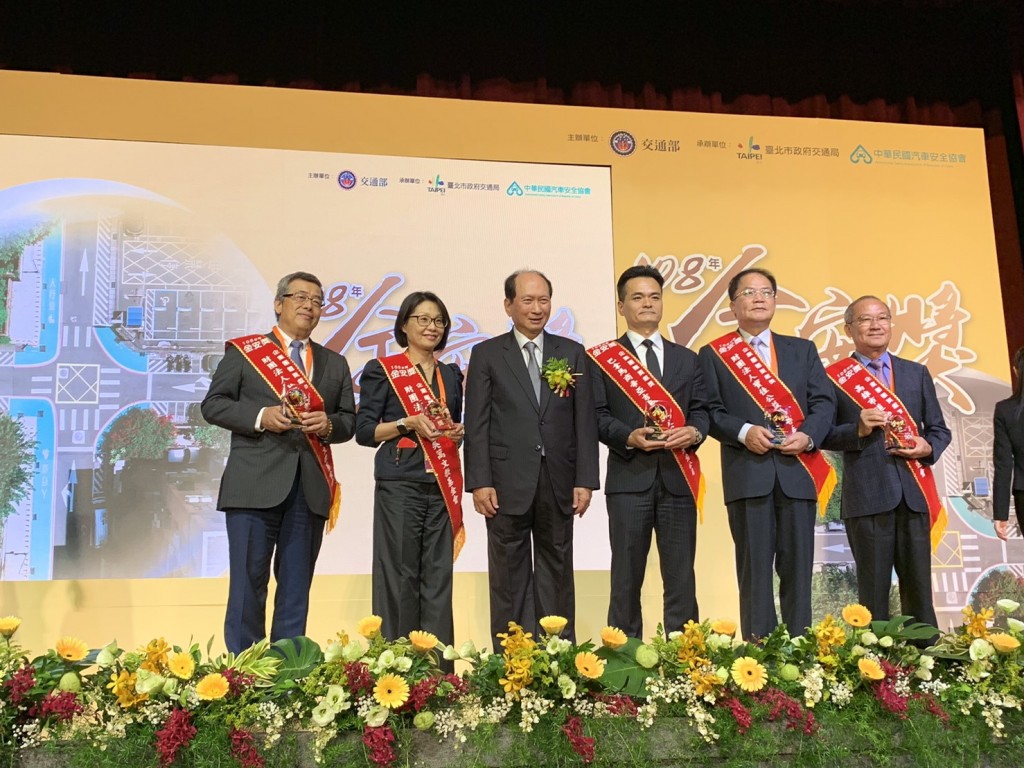 The Ministry of Transportation and Communications (MOTC) has established the "Golden Safety Award" in 1989 to recognize the units and individuals who have contributed to the promotion of traffic safety in Taiwan. Diageo, the global leader in alcoholic beverages, won the "Special Contribution Award" for the first time in the history of Golden Safety Award since the award was opened to the private sector last year (2018). Since 2000, Diageo has been advocating the prevention and of drunk driving in Taiwan. During the period, it not only assisted in the design of alcohol knowledge training materials with its global resources, but also set up an "Alcohol Knowledge Center " at the motor vehicle offices. It has held a "national road safety creative competition" and other independent projects, and also cooperates with other private enterprises to actively support public institutions to promote road safety activities, looking forward to creating a safety and wonderful traffic environment with the public!

Diageo knows that Taiwanese people have insufficient knowledge about the effects of alcohol on the human body. It hopes to help people build proper alcohol knowledge and dismiss the idea of drunk driving through various channels. In year 2000, Diageo officially cooperated with the Road Safety Committee of MOTC to establish Taiwan Beverage Alcohol Forum (TBAF). It continues to cooperate with the county and city governments to establish the system of"designated drivers" and to promote traffic safety issues such as "not driving before or after drinking alcohol" and "beware of hangover driving". In 2015, it cooperated with MacKay Memorial Hospital to assist psychologists to use the existing knowledge of alcohol, combined with local laws and policies to design teaching materials of road safety training, and to refer alcoholic people to medical units. Later on, Diageo further set up the nation's first "Alcohol Knowledge Center " at Banqiao Motor Vehicle Office to encourage alcoholic people who committed drunk driving to check into rehab facilities. The percentage of recidivists has successfully dropped by 90%! In addition, Sam Sheu, Senior Corporate Relations Manager of Diageo Taiwan, said: "Diageo is working hard to partner with other enterprises to support public authorities to promote road safety policies. For example, starting from 2015, it has been hosting the National Road Safety Creative Competition for primary school children, hoping the children will pass on the correct road safety knowledge to their parents through the competition. Each year, the competition is able to reach 200,000 students from 2,600 elementary schools and their families! "

The "Golden Safety Award" is the highest honors in national traffic safety. It is designed by the Ministry of Transportation and Communications for the recognition of organizations and individuals with outstanding performance in the promotion of road traffic safety. Since its inception, it has been paying tribute to the heroes of road safety with 12 awards including the Best Road Safety Campaign Award, Special Contribution Award and Outstanding Professional Driver's Award. It is widely regarded as the Oscars of road safety. In 2018, the award was opened to the private sector for the first time, hoping to encourage more private enterprise to fulfill corporate social responsibility and jointly promote traffic safety. Allen Wang, general manager of Diageo Taiwan, attended the awards ceremony and said, “Diageo, as an alcoholic beverage company, is more focused on promoting correct alcohol knowledge and the idea of not driving before and after drinking. Every accident caused by drunk driving not only contributes to personal death or injury, but also the suffering of the victims’ family. So we continue to communicate through awareness campaigns or policy advice and formulation, and communicate with different people in different ways. Winning the Golden Safety Award from the Ministry of Transportation and Communication helps us be more convinced that we are on the right path. "

DIAGEO is a well-known global leader in alcoholic beverages, offering consumers first-class brands of alcoholic beverages with a global vision and a respect for local demand and culture. Diageo distributes more than 150 products under brands including Johnnie Walker, The Singleton, Mortlach, Smirnoff, Baileys, Guinness, and the Best of the Isles (Caol Ila, Lagavulin and Talisker). Its products are sold in 180 operating locations around the world and the company’s stocks are listed in London and New York Stock Exchange. Diageo Taiwan has offices in Taipei, Taichung and Kaohsiung to serve customers and consumers across the country.

Since entering Taiwan in 1987, Diageo has adhered to the philosophy of "crossing national borders and carrying forward the spirit of the local community" in fulfilling its corporate citizenship responsibilities. Since 2003, the "KEEP WALKING Dream Funding Program" has been held regularly every year to inspire people to break through the difficulties, challenge the future and achieve their dreams with actions, and to promote the spirit of KEEP WALKING to all corners of Taiwan. Diageo Taiwan believes that enterprises are closely related to the local environment, and environmental improvement and corporate growth are complementary to each other. Diageo Taiwan continues to promote various social participation activities, including the promotion of designated driver, the idea of not driving before drinking, Taiwan SMASHED educational theater program, water conservation program and Plan W female empowerment plan. Diageo Taiwan continues to expand its care in the local community, to bring positive influence to Taiwan's society, to create a better social environment, and to coexist and co-prosper with the environment.