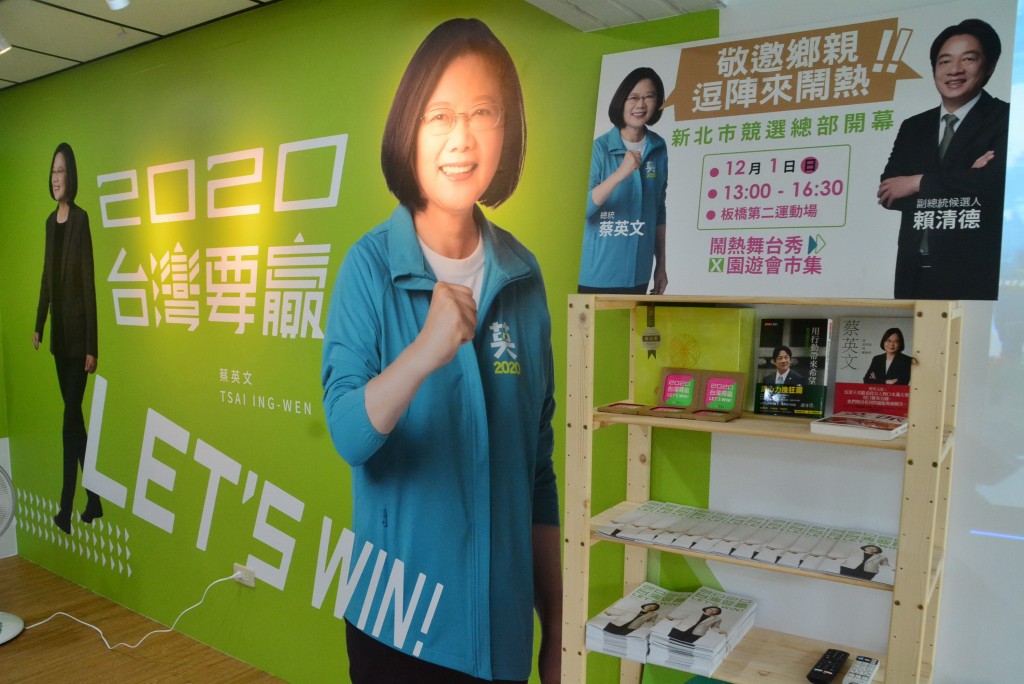 When asked about who they thought would actually win the election, an even more overwhelming majority of respondents picked Tsai, the United Daily News reported.

The incumbent president was named as the most likely election winner by 62.5 percent of the poll participants, Han by 24.6 percent and Soong only by 1.5 percent.

The survey asked respondents for the politicians they most admired. President Tsai also ended at the top of this poll, with 31.8 percent. Han followed with 20.3 percent, while Taipei City Mayor Ko Wen-je (柯文哲), who is not running for president, finished in third place with 18 percent. Foxconn Technology founder Terry Gou (郭台銘), who was once also believed to be preparing a presidential bid, could count on 12.6 percent, and Soong on 4.8 percent in the admiration stakes, according to the United Daily News.

Turning to the elections for at-large legislators, 34.7 percent of voters planned to cast their ballot for the DPP, 25.9 percent for the KMT list, and 6 percent for Ko’s Taiwan People’s Party. According to the poll, Soong’s PFP and the New Power Party would fail to reach the 5-percent threshold with 4.2 percent and 2.7 percent respectively.

The Cross-Strait Policy Association said its poll was conducted on November 23-24, received 1,069 valid responses and had a margin of error of 2.99 percent.