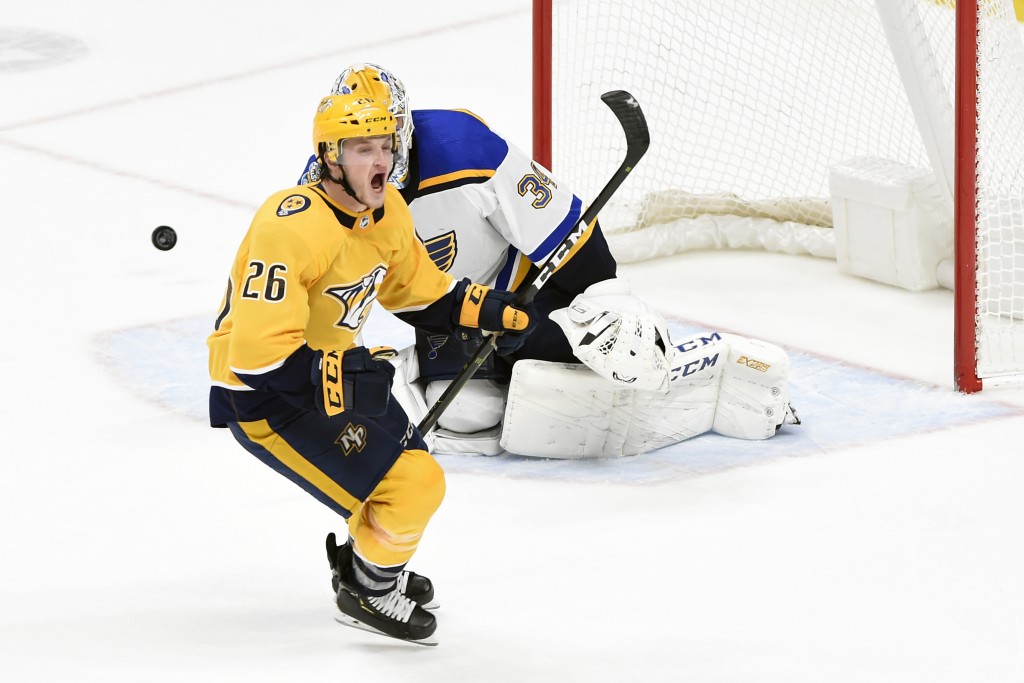 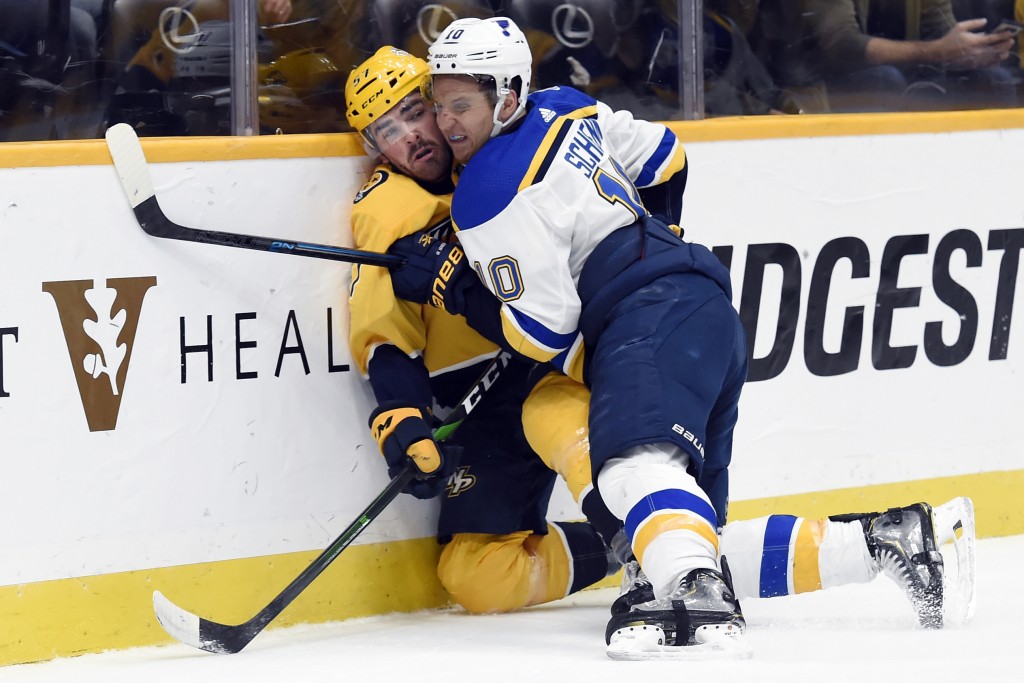 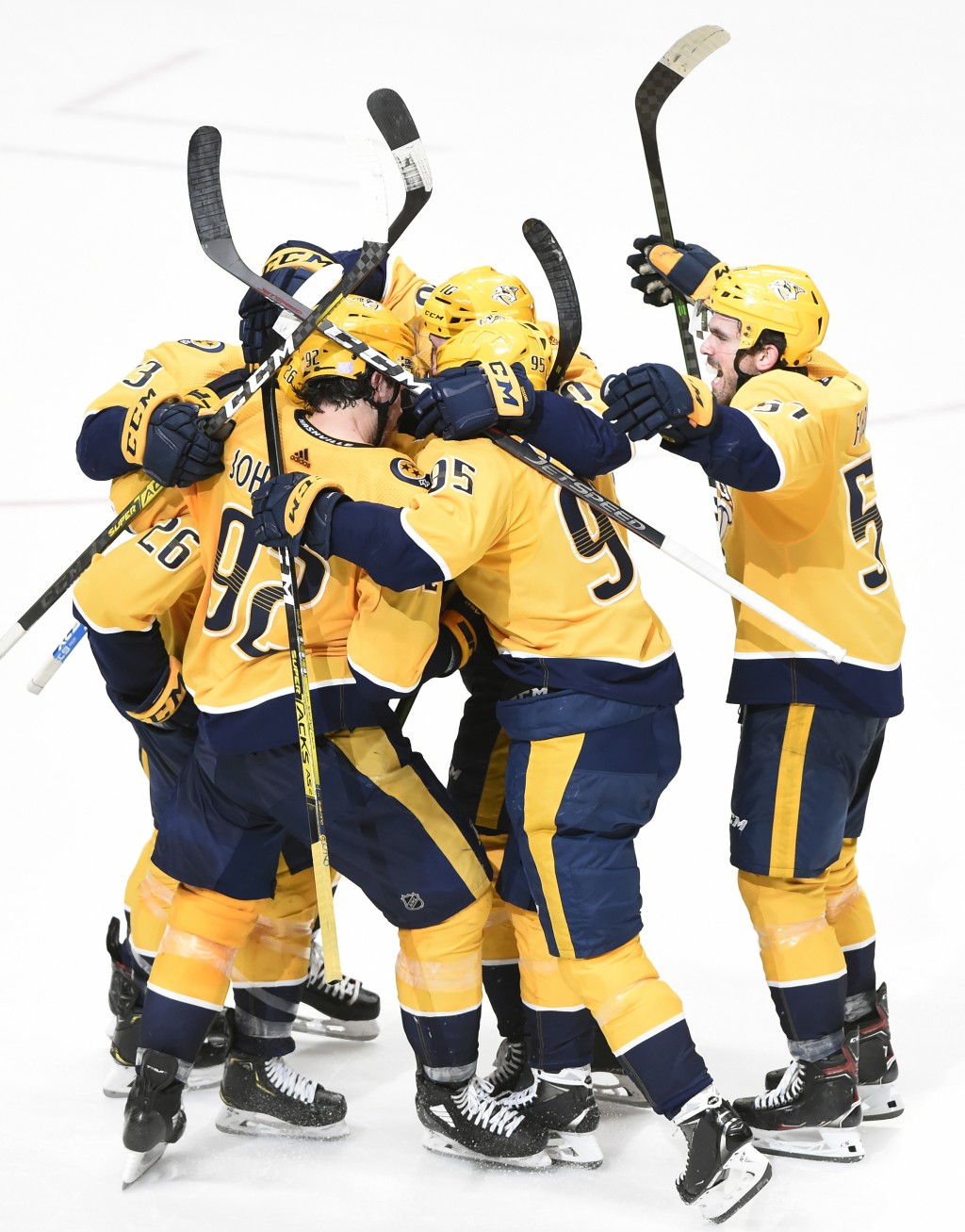 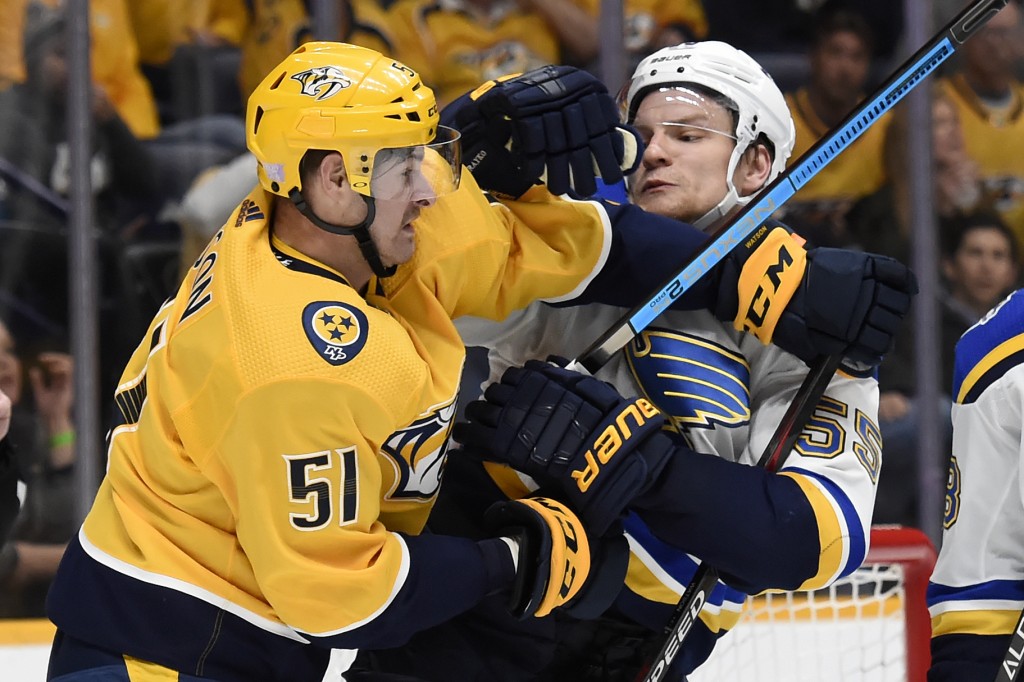 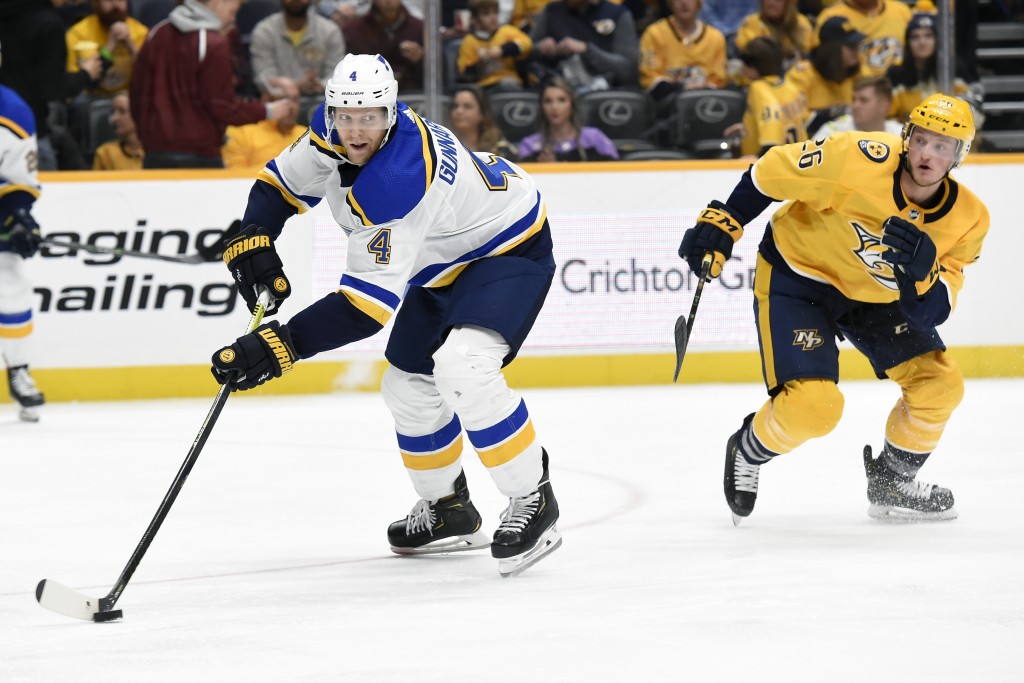 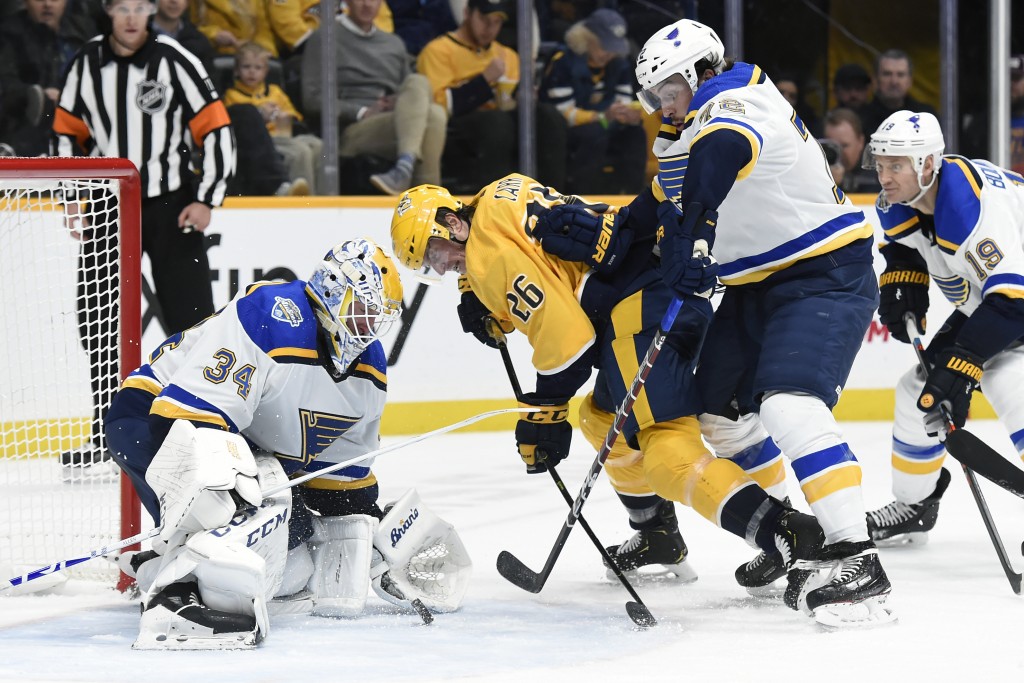 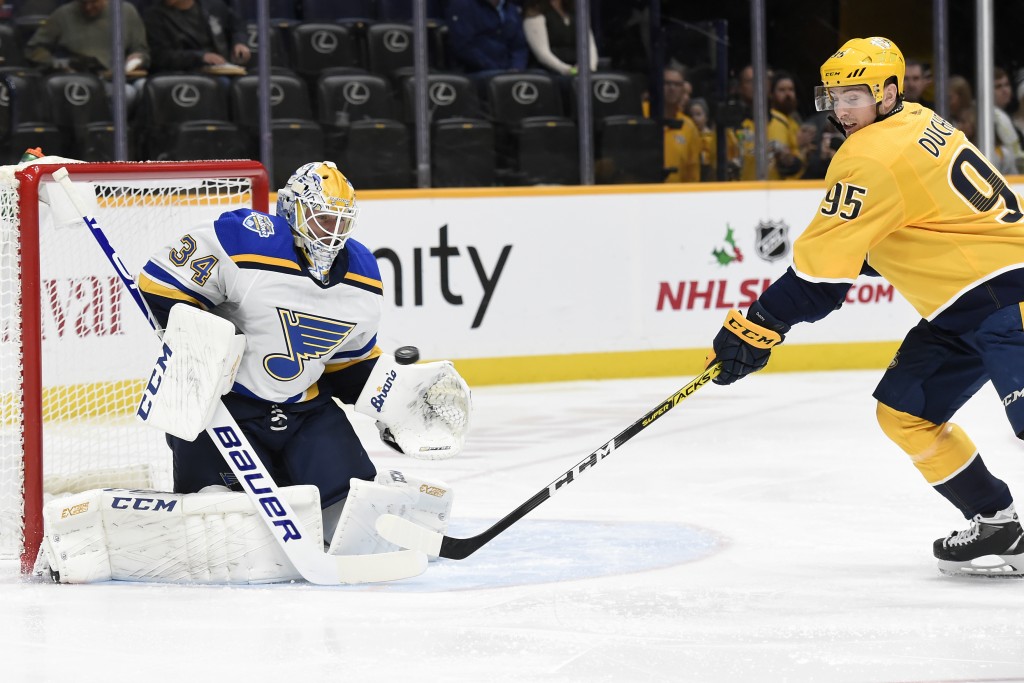 Nick Bonino and Ryan Johansen scored in regulation time for Nashville, and Juuse Saros made 23 saves in regulation and overtime for the Predators. Saros stopped three of four shots in the shootout.

The Predators have won two straight, both ends of the home-and-home set with St. Louis.

In the fourth round of the shootout, Carr skated to his left, and then drifted to the slot where he snapped a quick wrist shot by Blues goaltender Jake Allen. Carr was recalled from Milwaukee of the AHL earlier Monday.

Allen made 37 shots. He stopped two of four in the shootout.

Two days after the teams met in St. Louis, the physicality was turned up in the rematch. This game featured one fight and many more hits, giving the contest more of a playoff feel, despite being played in November.

Bonino scored the game’s first goal at 7:59 of the opening period.

Dante Fabbro lifted a long pass from near the Nashville goal line to Rocco Grimaldi at the St. Louis blue line. After deftly controlling the pass out of midair, Grimaldi found Bonino heading to the right side. From above the right circle, Bonino sent a wrist shot high to the far side of Allen.

Bonino is tied for the team lead in goals with 10.

Standing just outside the St. Louis crease, Calle Jarnkrok deflected Filip Forsberg’s attempt from the left boards. Allen stopped that shot, but Johansen skated in and lifted a backhand just underneath the crossbar for his second in his last three games.

Perron cut Nashville’s lead at 12:30 of the second.

Driving into the Nashville zone on a 1-on-1 against Predators defenseman Dan Hamhuis, Perron’s initial shot was kicked aside by Saros. But the rebound landed right on Perron’s stick, and he fired it by Saros for his 11th of the season.

Schenn tied the game with 6:51 remaining in the third after Robert Thomas found him all alone in the low slot with a pass from the right side.