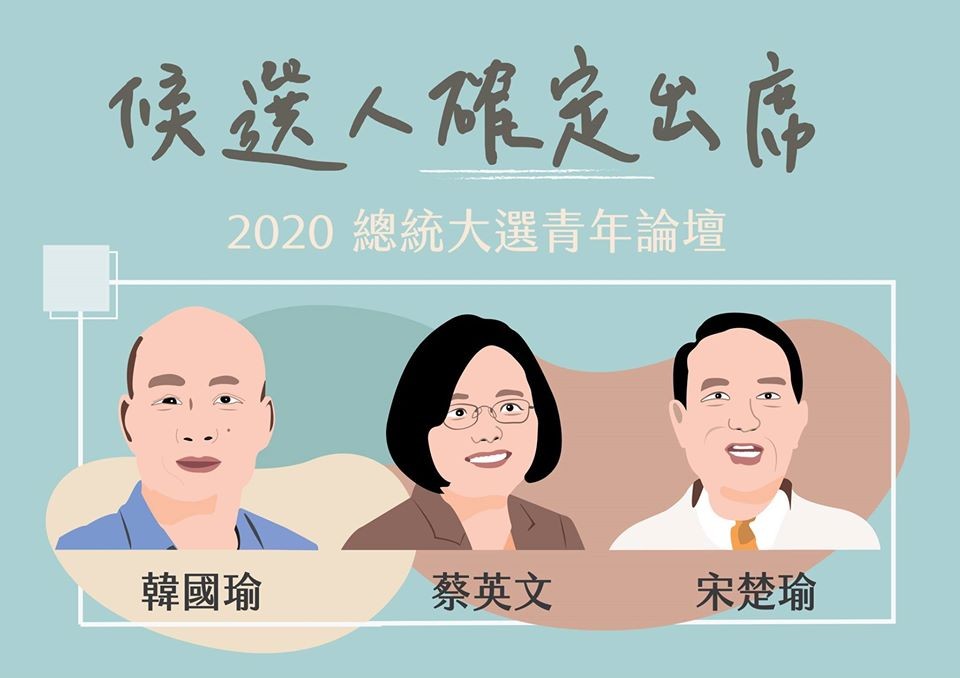 TAIPEI (Taiwan News) — The three presidential candidates will each discuss their youth policies with hundreds of students from across Taiwan in December.

After weeks of negotiations, it is confirmed that President Tsai Ing-wen (蔡英文) of the Democratic Progressive Party will kick off the series of talks by attending the first forum on Dec. 4. She will be followed by Kuomintang nominee Han Kuo-yu (韓國瑜) at the second forum on Dec. 5, while People First Party Chairman James Soong (宋楚瑜) will join the last talk on Dec. 6.

The candidates will focus on their youth policies and discuss issues that students are most concerned about, said the Taiwan Youth Association for Democracy (TYAD), which organizes the events in partnership with dozens of student associations and civil groups across the island. The candidates will also answer questions posed directly by some of the estimated 600 students attending the three events.

The TYAD urged presidential nominees to come up with substantive policies concerning students and young people and to explain how they plan to fulfill those goals instead of shouting out unrealistic promises. It added that students will be paying attention to whether their concerns are properly addressed when candidates mold their policies.

The TYAD said it had originally planned for a forum where the three candidates would discuss their policies together but that it was unable to find a time where all three would be available. The Central Election Commission is expected to organize televised presidential debates before the election on January 11.