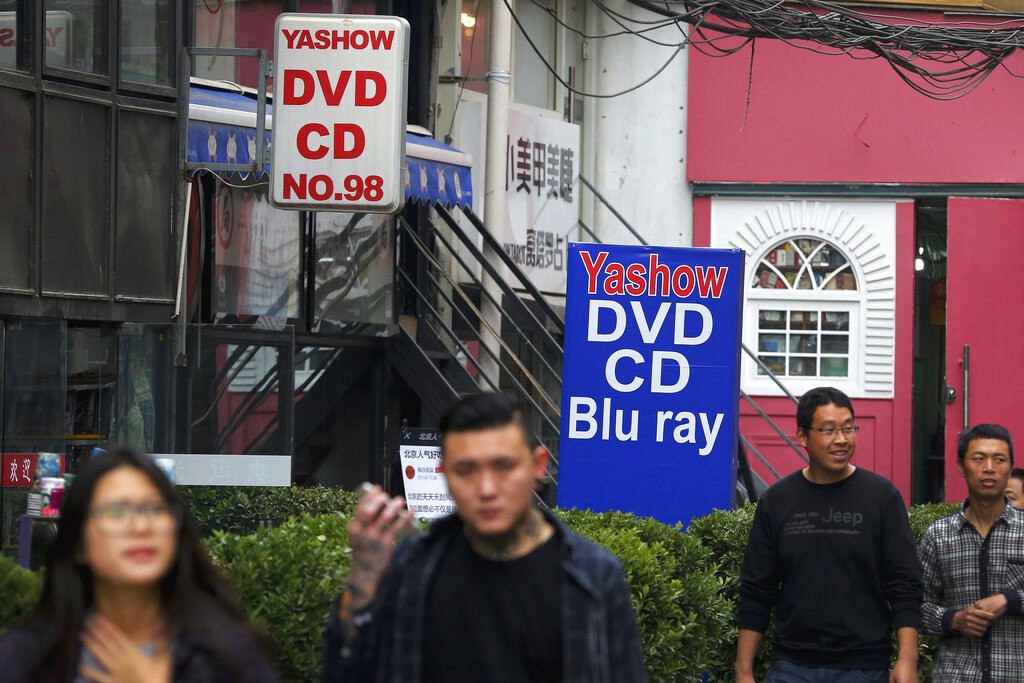 BEIJING (AP) — China issued new, tougher guidelines for protection of patents, copyrights and other intellectual property in a move that may be timed to help along halting progress in trade talks with the United States.

The guidelines issued late Sunday by the State Council, or Cabinet, and by the powerful Central Committee of the ruling Communist Party order beefed up laws for protecting such intellectual property rights, increased compensation for infringements and stricter enforcement of existing laws. They also lower the threshold for criminal prosecution of IPR offenses.

The new blueprint makes protection of intellectual property one of the criteria for evaluating local government officials’ performance, creating a greater incentive for compliance.

In past decades, officials were judged mainly by political loyalties and economic growth in their localities. More recently, China’s leaders added environmental protection to such evaluations. Putting future promotions and income on the line could create much stronger motivation to more effectively enforce such laws.

Theft and forced transfers of technology and inadequate protection of copyrights, patents and trademarks are perennial complaints of foreign companies operating in China and are among the key issues in the latest flareup in trade tensions.

Despite much progress, “China continues to be a haven for counterfeiting, digital piracy and IP theft,” the U.S. government’s International Trade Administration said in a recent report.

It said piracy of U.S. intellectual piracy by China costs American companies up to $600 billion a year.

Piracy is also a domestic concern. The government has long said that companies are less likely to innovate if they cannot profit off the results of their investments due to piracy of their products and technology.

The IPR guidelines issued by the official Xinhua News Agency did not refer specifically to the trade talks. Improving those protections is the “The driver of our country’s economic competitiveness,” it said.

The new rules call for “greatly increasing the maximum amount of compensation for damages linked to IPR infringements” and include confiscation of illegal income, destruction of counterfeit goods.

The guidelines did not include specific penalties, which would come with later revisions of laws and regulations. They call for significantly improving the enforcement of IPR protections by 2022.

Hopes for progress in resolving the costly trade dispute between the U.S. and China have revived in recent days with upbeat comments from both sides.

He also suggested that he might not sign a congressional resolution in support of human rights in Hong Kong following months of protests, out of concern that might derail the trade talks. A desire to keep those negotiations on track was a factor deterring China from intervening in the turmoil, he asserted.

Asked Monday about the status of the trade talks, a Chinese foreign ministry spokesman reiterated Beijing’s stance that it hopes to reach an agreement based on “mutual respect.”

“We hope the U.S. side will meet us halfway,” said Geng Shuang.

Asked about a decision Friday by the U.S. Federal Communications Commission to cut off government funding for equipment from two Chinese companies on grounds of national security, Geng said it would not improve U.S. national security.

The FCC has proposed requiring companies that get government subsidies to rip out any equipment from Huawei and ZTE that they already have in place.

“I would like to admonish certain people in the U.S. that if they lock all the doors on the pretext of security, in the end, they will find themselves locked out of the world,” Geng said.