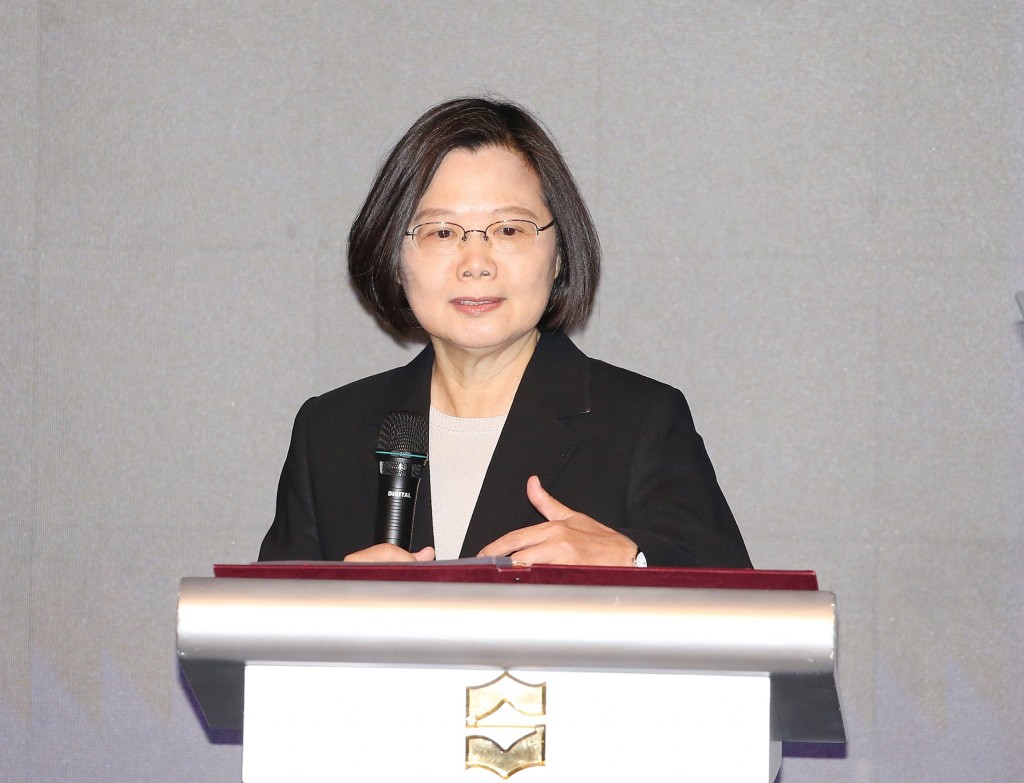 More than 1,000 current and former members of academia have signed a petition launched by a research fellow at Academia Sinica, Taiwan's top research institution, to support the re-election bid of incumbent President Tsai Ing-wen (蔡英文).

Chen Ding-shinn (陳定信), one of the initiators of the campaign, said the petition is intended to support Tsai for the efforts she has made in safeguarding Taiwan's democracy and sovereignty during her nearly four years in office.

Chen said that although Tsai's administration still has room for improvement in how it carries out its policies, its overall approach of promoting reform is the right direction for the country.

Attending the press event on behalf of Tsai, her running mate, former Premier Lai Ching-te (賴清德), thanked the signatories for throwing their weight behind the Tsai-Lai ticket.

He said Taiwan's academics have long played important roles in the nation's democratization process, and the January election is another pivotal moment requiring the support of academia amid China's growing threat to Taiwan's democracy and sovereignty.

The petition has garnered more than 1,000 signatories in the three weeks it has been initiated, according to its promoters.

They also include 20-plus fellows at Taiwan's government-sponsored academic institutes and 30 former university superintendents, according to the campaign's promoters.

Taiwan's presidential election will be held concurrently with legislative elections on Jan. 11, 2020.