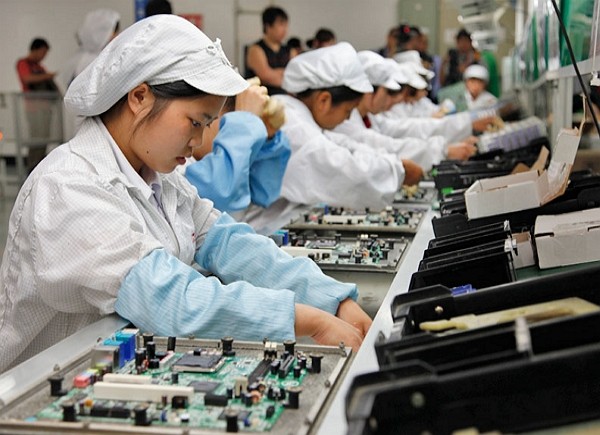 Business sentiment among Taiwanese manufacturers weakened in October, amid worry over the global economy and the trade frictions between the United States and China, the Taiwan Institute of Economic Research (TIER) said Monday (Nov. 25).

In October, the composite index for the manufacturing sector, which gauges business sentiment among manufacturers, fell for the second straight month, dropping 2.22 points from a month earlier to 92.37, according to data from TIER, one of the leading economic think tanks in Taiwan.

While the old economy industries saw an increase in orders in October, it was not enough to boost their sentiment, TIER said.

The information and communication industry got a boost during its October peak season, but the prices of some tech gadgets continued to fall, affecting sentiment in the industry, TIER said.

At a news conference, TIER President Chang Chien-yi (張建一) said the latest index report was no surprise, as the export-oriented manufacturing sector remained bothered by the global trade issues, but TIER was upbeat about 2020.

According to the latest TIER survey, 21.9 percent of manufacturers in Taiwan thought the business climate had improved in October from a month earlier, up from 19.0 percent in a similar poll in September, while 34.8 percent thought it had worsened, down from 38.1 percent a month earlier.

In the October survey, some 18.3 percent of manufacturers in Taiwan anticipated that the business climate would improve in the following six months, compared with 16.0 percent in the September poll, while 28.5 percent expected it to deteriorate, up from 21.0 percent a month earlier.

Meanwhile, the sub-index for the property sector rose 5.07 in October from a month earlier to 103.01, as new construction started after a delay and developers' revenues increased, TIER said.

In the service sector, the composite index fell 0.07 points in October from a month earlier to 89.04, the TIER data showed.

The think tank said retail sales were boosted by the extended Oct. 10 National Day holiday, while the local equity market showed gains, but local retailers and securities companies generally remained cautious about the business climate over the following six months.