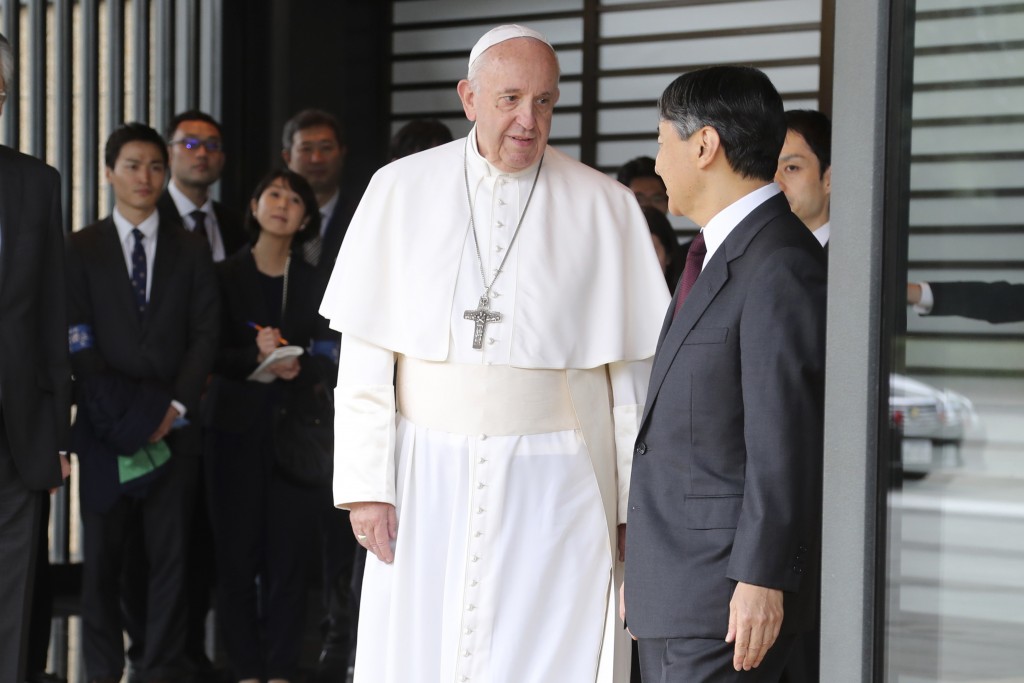 TOKYO (AP) — The Latest on Pope Francis’ visit to Japan (all times local):

Pope Francis is denouncing what he called an “epidemic” of bullying that is tormenting young people in Japan and elsewhere.

Francis told Japanese students Monday that deep down, “bullies are afraid, and they cover their fear by showing strength.”

Francis was responding to testimony from three students who recounted the pressures they face in a hyper-competitive society, their feelings of inadequacy and the cruelty they sometimes face from their classmates that sometimes drives young people to suicide.

One, a Filipino, said he had been tormented by a bully because he was a foreigner.

Francis told them: “We must all unite against this culture of bullying and learn to say ‘Enough!’ It is an epidemic, and together you can find the best medicine to treat it.”

Pope Francis has met with victims of the 2011 Fukushima nuclear disaster in Japan and called for the world to rethink its reliance on nuclear power.

Francis recalled Monday that Japan’s Catholic bishops called for the abolition of nuclear power plants in the aftermath of the “triple disaster,” in which three Fukushima reactors melted down after an earthquake triggered a tsunami.

The meltdown coated the area in radioactive fallout and at one point forced the displacement of 160,000 people. Nine years later more than 40,000 people still can’t return home.

Francis didn’t make the call to abolish nuclear power in his speech before victims. But he made clear that “important decisions will have to be made about the use of natural resources, and future energy sources in particular.”