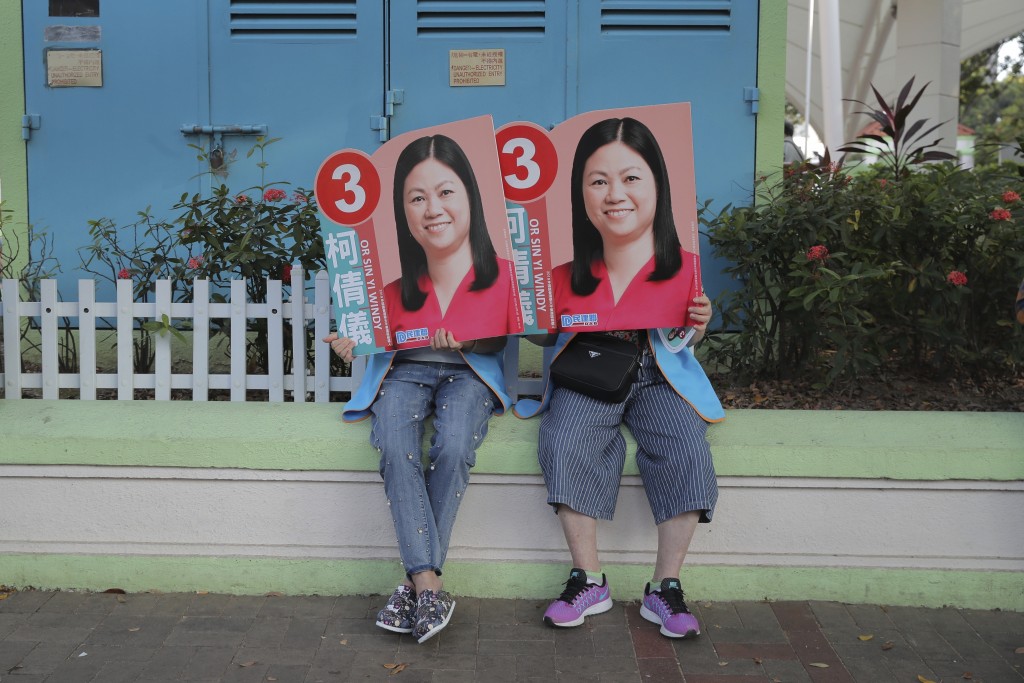 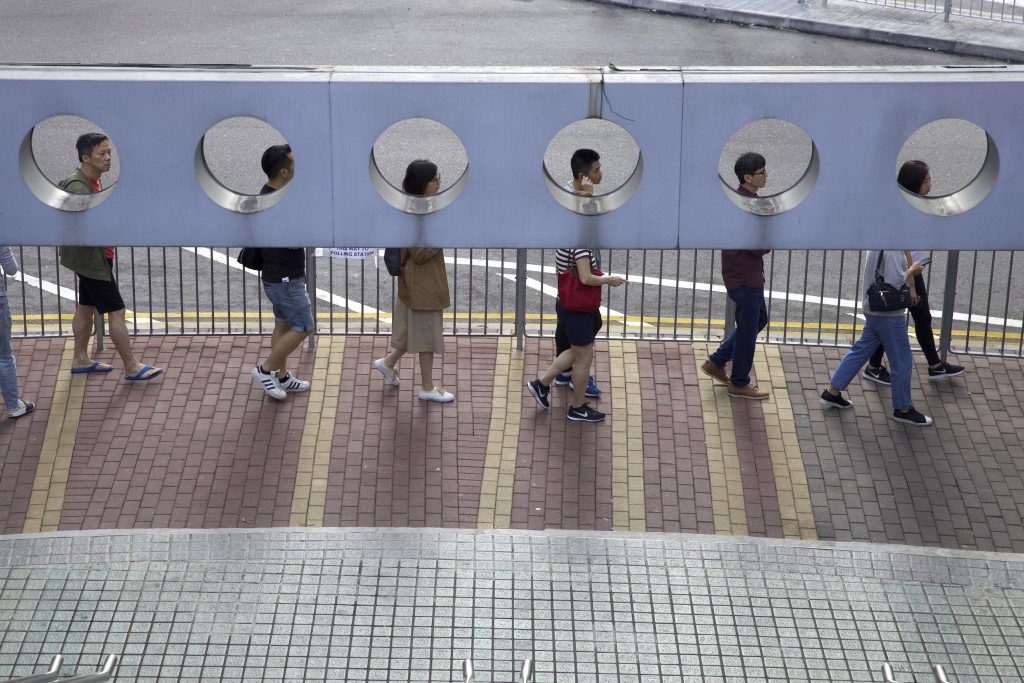 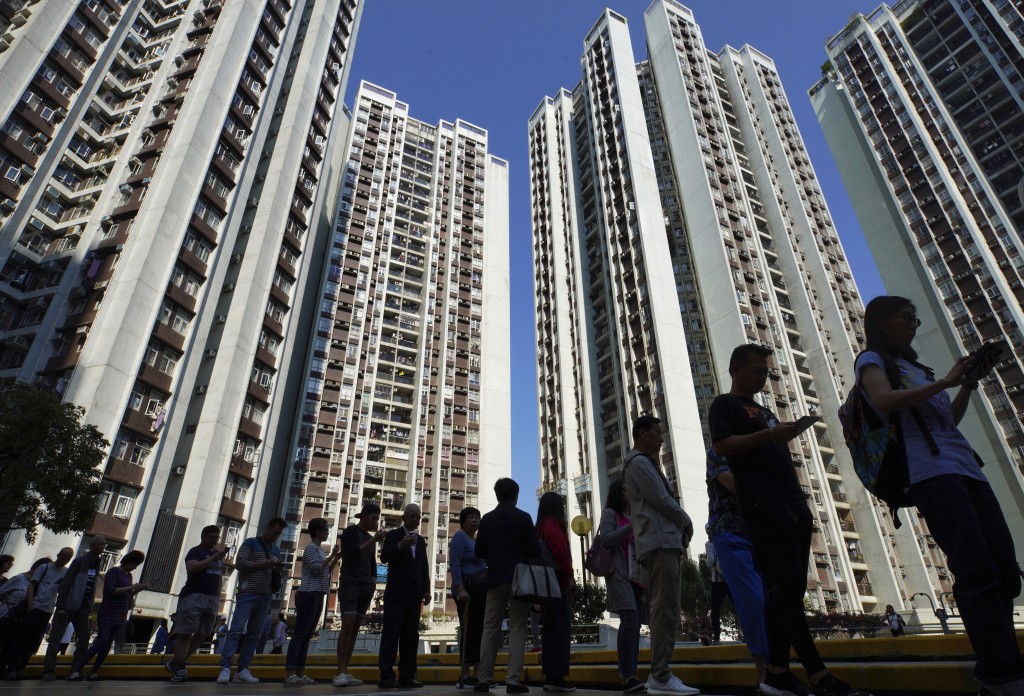 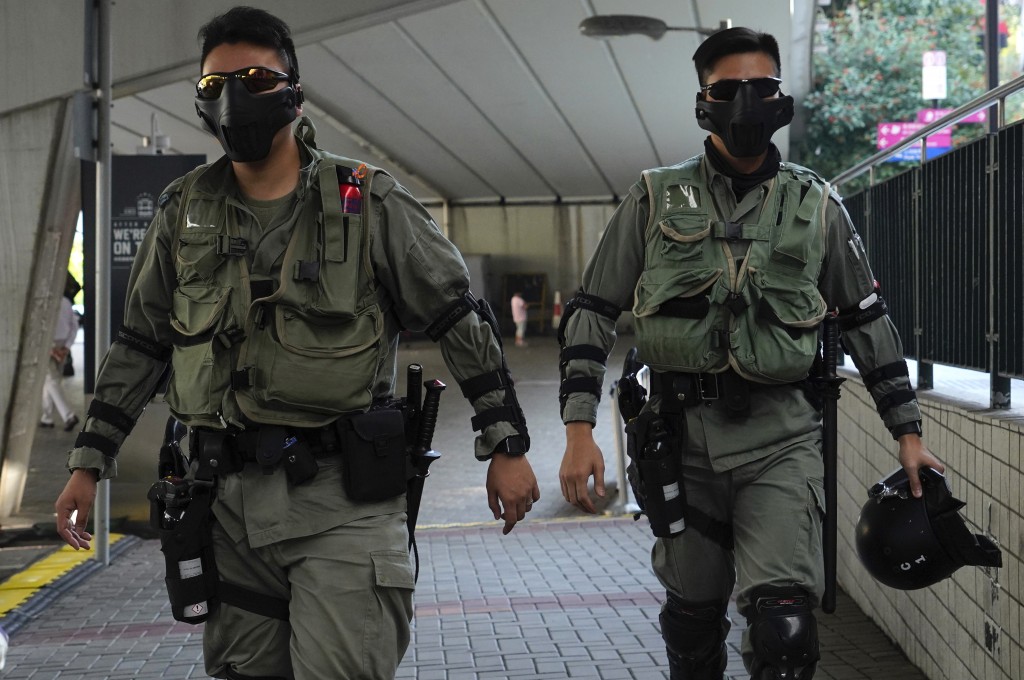 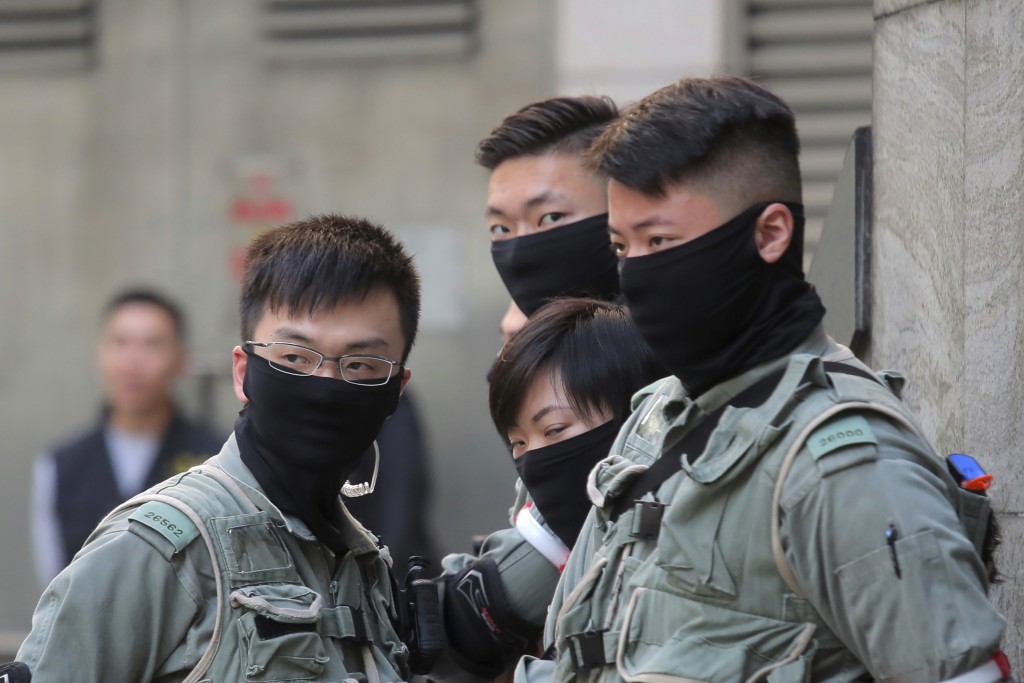 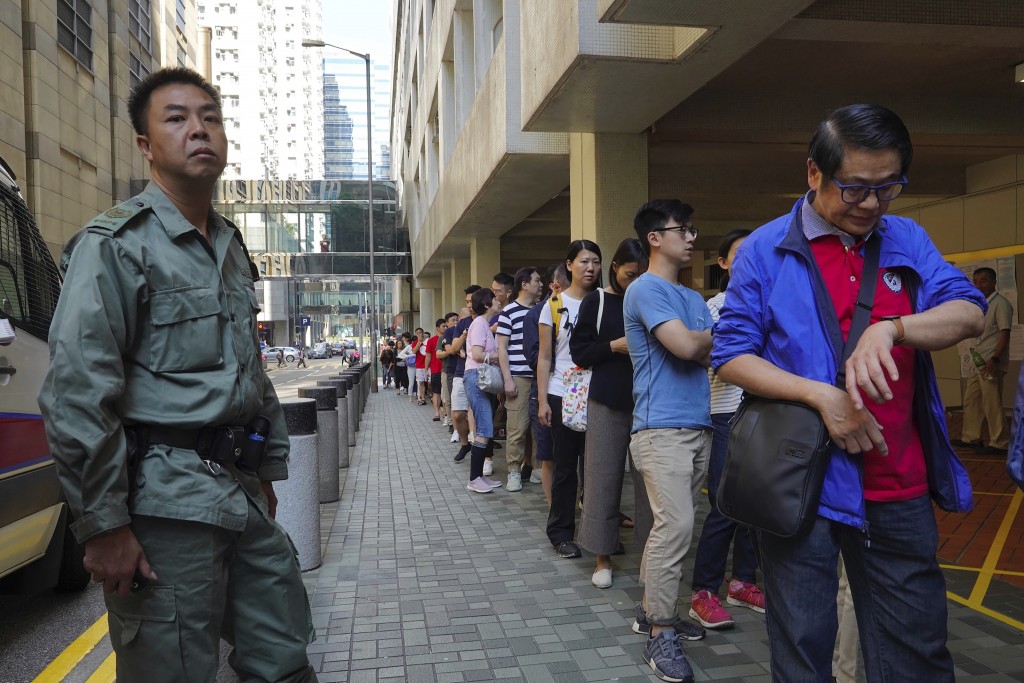 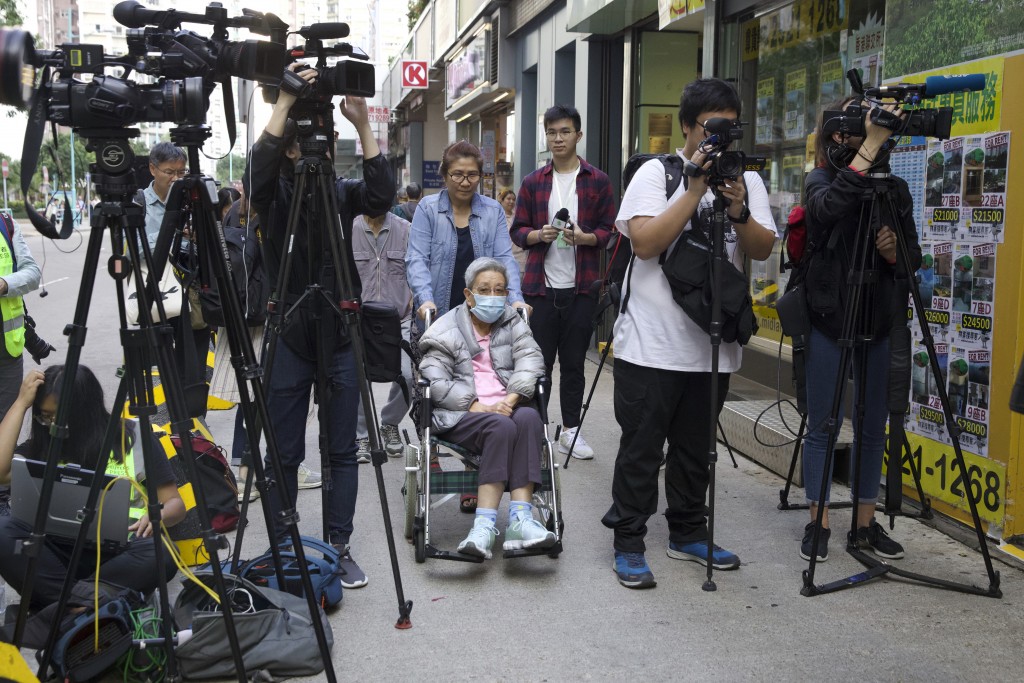 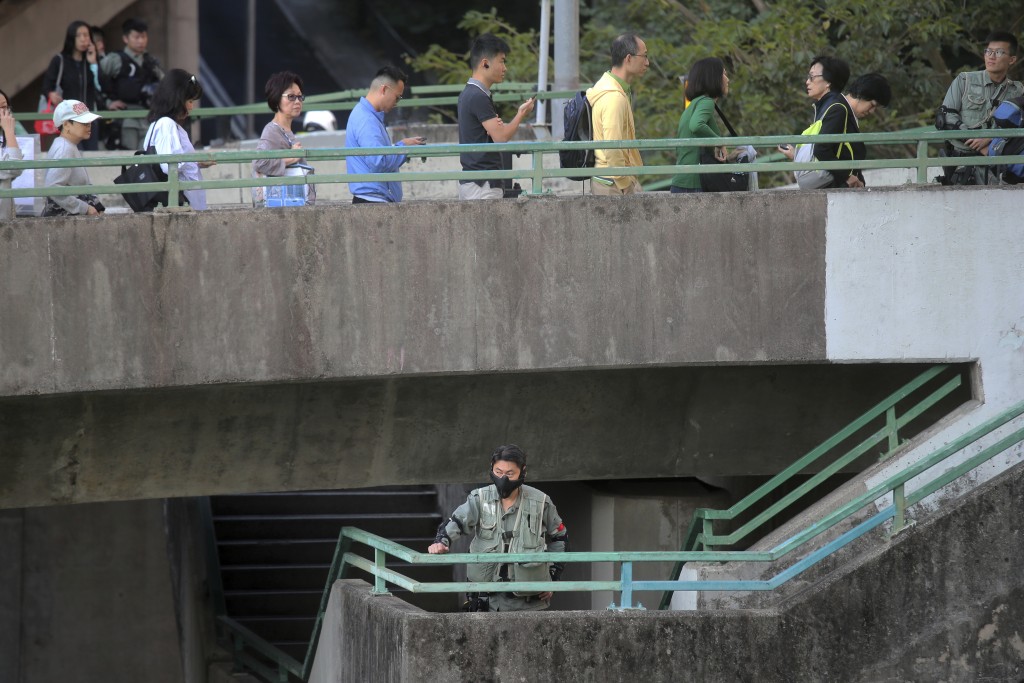 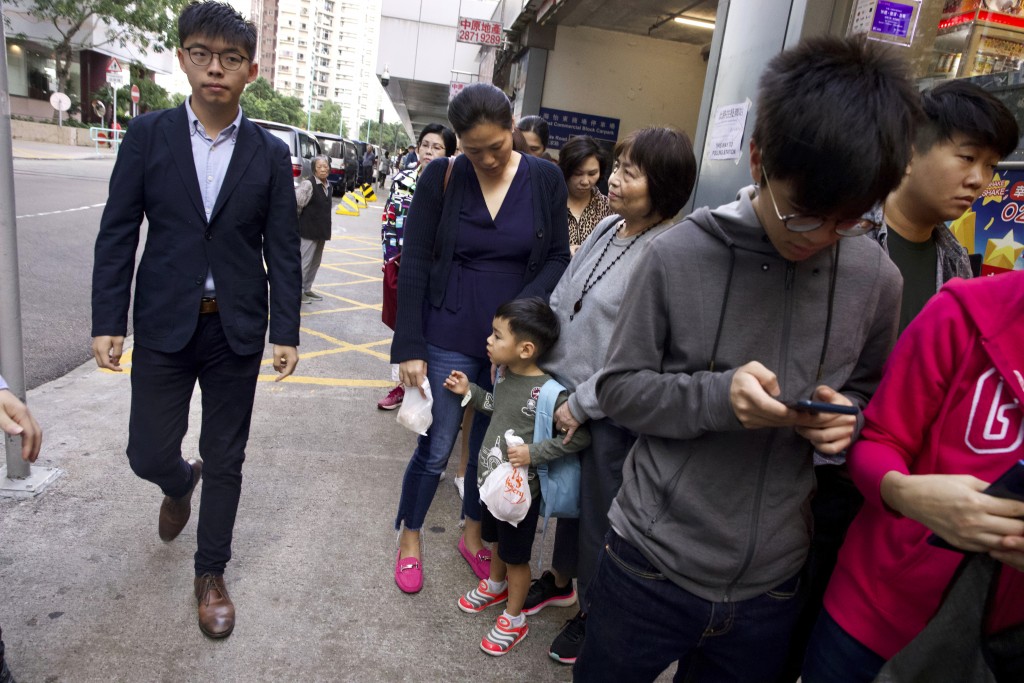 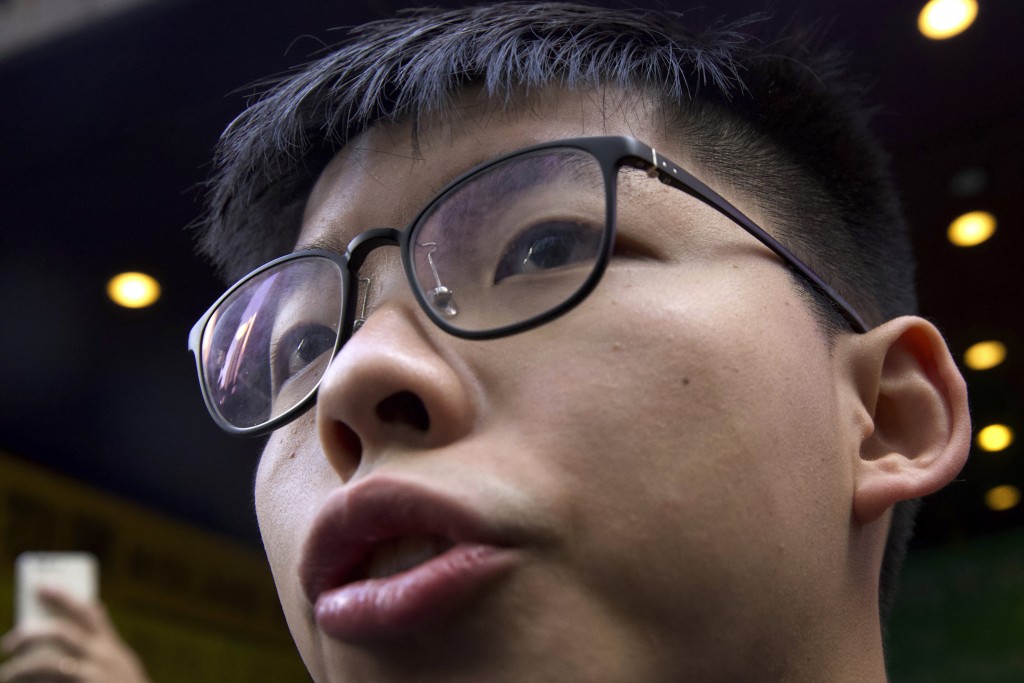 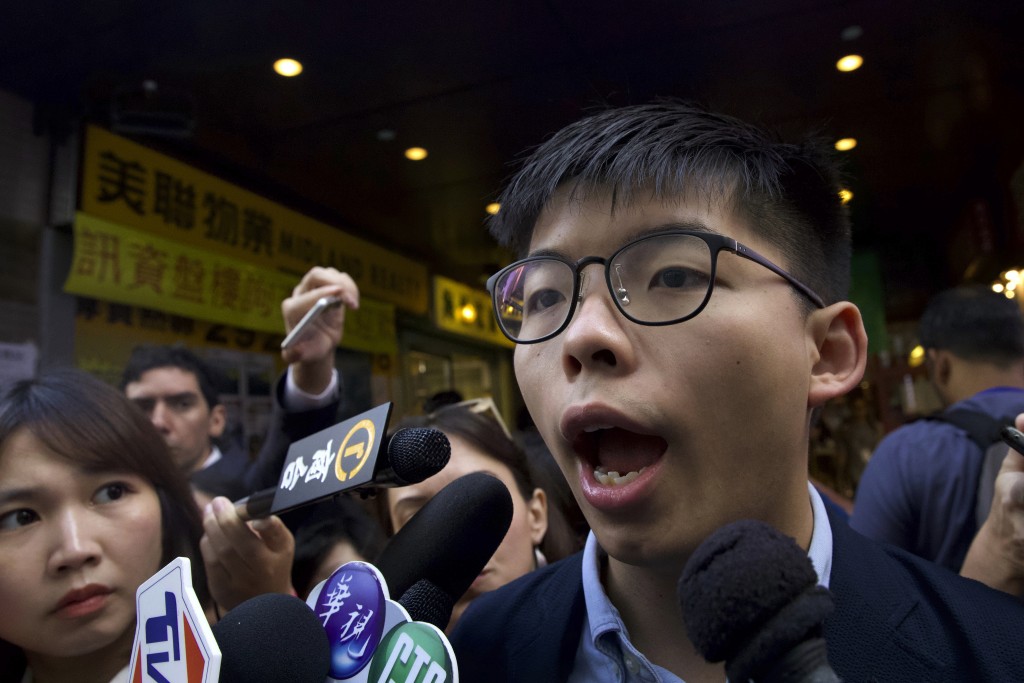 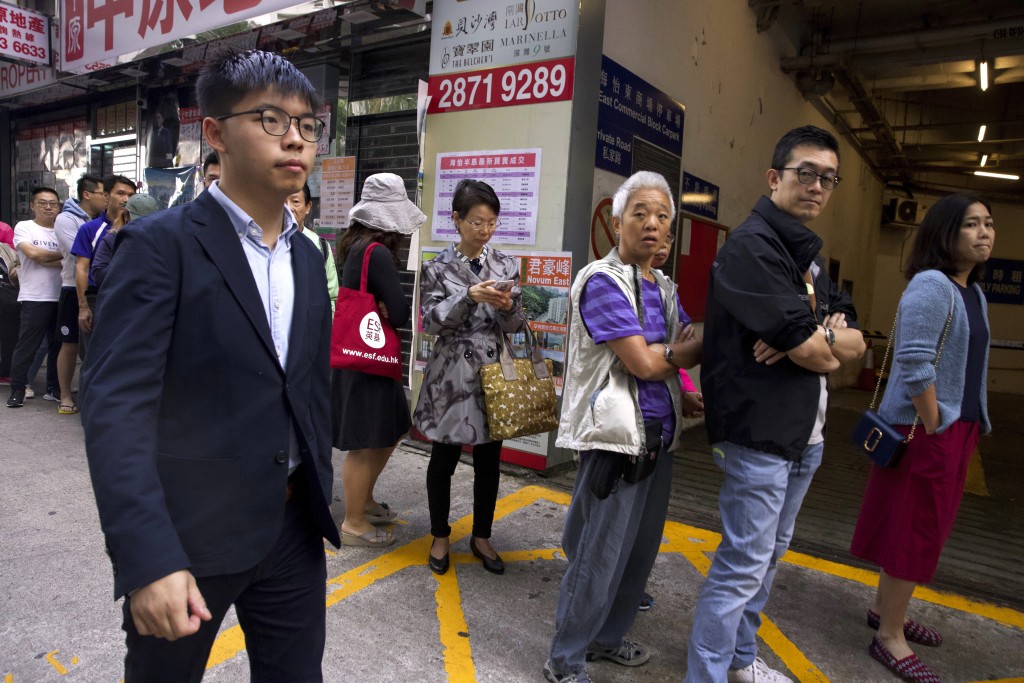 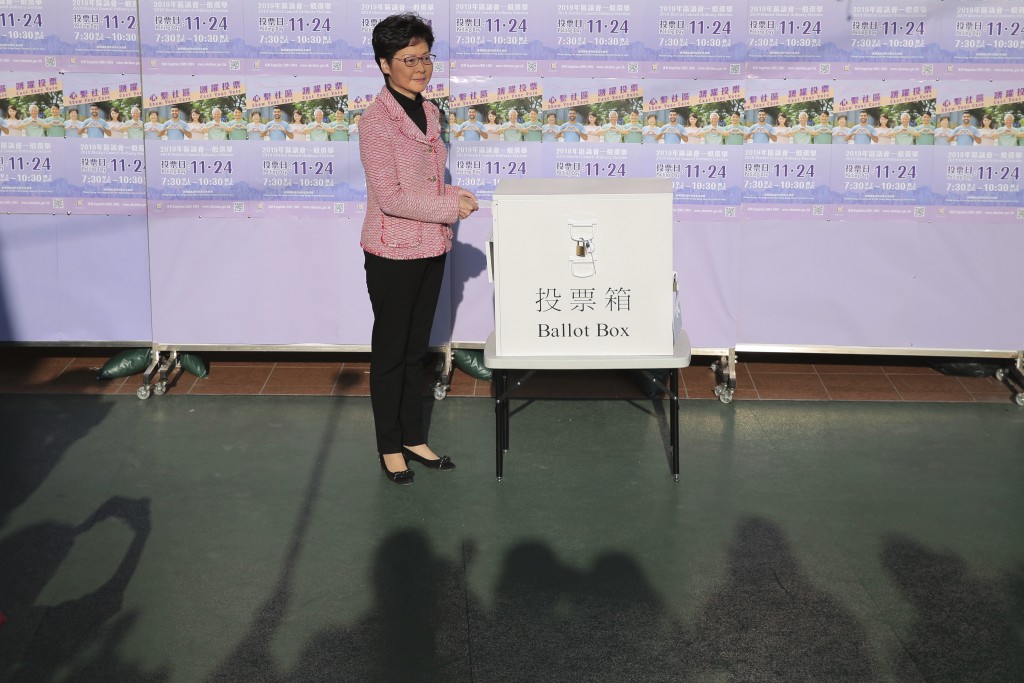 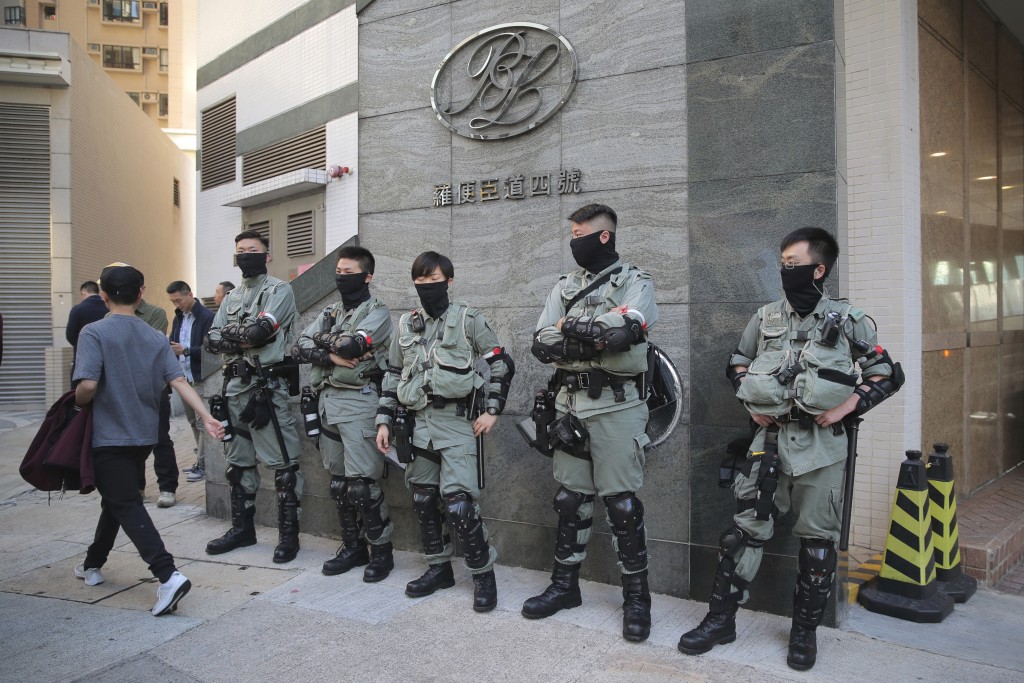 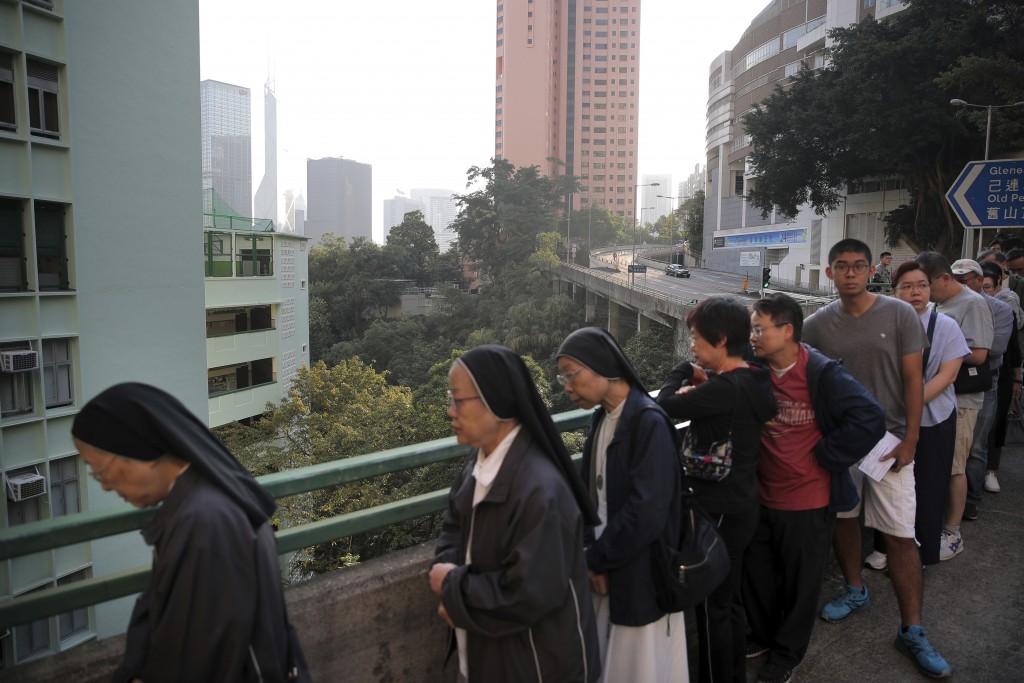 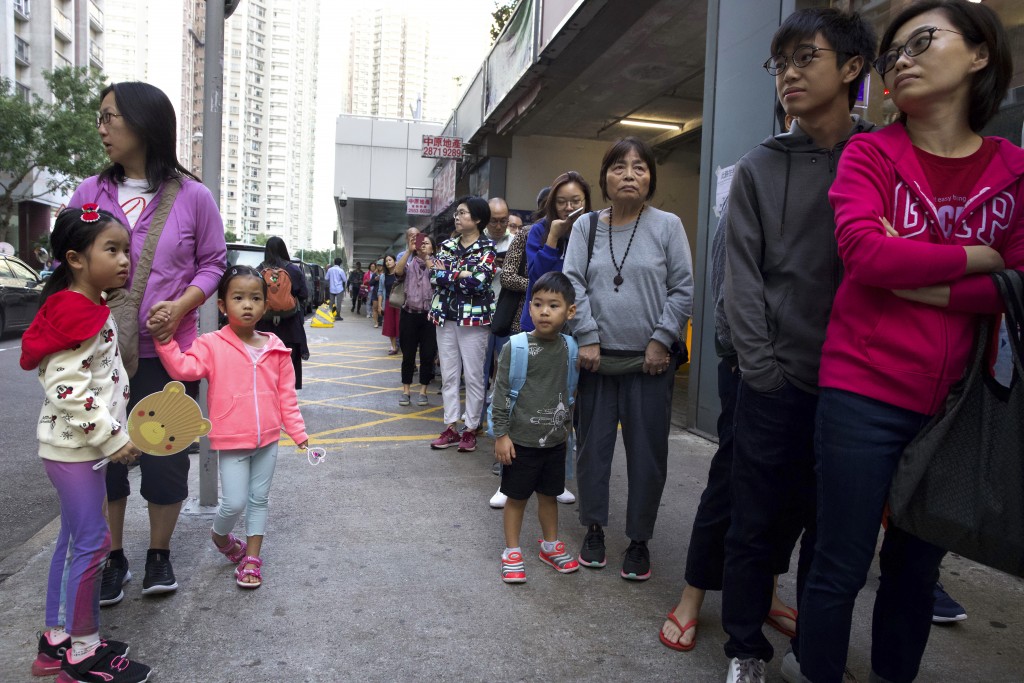 HONG KONG (AP) — Given a chance to vote, the people of Hong Kong were doing just that on Sunday.

Long lines snaked around plazas and extended for blocks as citizens of the Chinese territory turned out in droves for an election seen as a test of public support for anti-government protests that have persisted for more than five months.

The Electoral Affairs Commission said 56% of the city’s 4.1 million registered voters had cast ballots by 5:30 p.m. That exceeded the 47% turnout in the same election four years ago, with five hours still to go before polls were to close.

Christina Li said it was important for older people like herself to support the youth who are at the forefront of the protests.

“Younger generations might not be able to enjoy the rights that we are enjoying now,” she said as she waited in line outside a polling station. “We cannot take it for granted.”

The normally low-key race for 452 seats in Hong Kong’s 18 district councils has taken on symbolic importance in a city polarized by the protests. A strong showing by the opposition would show that the public still supports the protesters, even as they resort to increasing violence.

Protesters have smashed storefronts of businesses seen as sympathetic to China, torched toll booths, shut down a major tunnel and engaged in pitched battles with police, countering tear gas volleys and water cannons with torrents of gasoline bombs. More than 5,000 people have been arrested.

The demonstrators believe that China is encroaching on the freedoms that Hong Kong has as a semi-autonomous territory. Their demands include democratic elections for the city’s leader and legislature, and an investigation into alleged police brutality in suppressing the protests.

Democracy activist Joshua Wong, who was barred from running in the election, voted soon after polls opened at 7:30 a.m. Results are expected after midnight.

“Even if they censor me out from the ballot, lock me out in prison, it will just encourage me to continue to fight for the future with even stronger determination,” he told reporters.

The vote for the district councils, which advise the government on issues of local concern, is the only fully democratic one in Hong Kong. Members of the legislature are chosen partly by popular vote and partly by interest groups representing different sectors of society, and the city’s leader is picked by a 1,200-member body that is dominated by supporters of the central government in Beijing.

Many people in Hong Kong share the concern of protesters about growing Chinese influence over the former British colony, which was returned to China in 1997. At the same time, the never-ending protests are a source of stress that have disrupted daily life and hit the tourism and retail industries hard.

Both the ruling camp in Hong Kong and the central government in Beijing hope that the unrest will turn voters against the protesters.

The district councils advocate for community interests and are given a small budget for local projects. Winning candidates will serve a four-year term beginning Jan. 1.

There has been a rare break in the violence in recent days as protesters, anxious to validate their cause through the ballot box, hit the pause button to ensure the polls wouldn’t be postponed.

Government officials had earlier warned that the election could be called off if the violence did not subside.

“We need to show the world that our cause is legitimate. I don’t believe that Beijing will not respond to the Hong Kong people’s voice,” Alex Wong, a black-clad and masked student, said during a peaceful march Saturday.

Police were out in force near polling stations, but no major incidents were reported. Protest support groups advised people not to wear black or face masks during voting in case they were targeted by police.

City leader Carrie Lam, who is reviled by the protesters, said after voting that the unrest made organizing the election extremely challenging.

“I hope that this stability and calm is not only for today’s election, and that the election will show that everyone doesn’t want Hong Kong to return to chaos again, that we want a way out of this crisis so that we can have a fresh start,” she said.