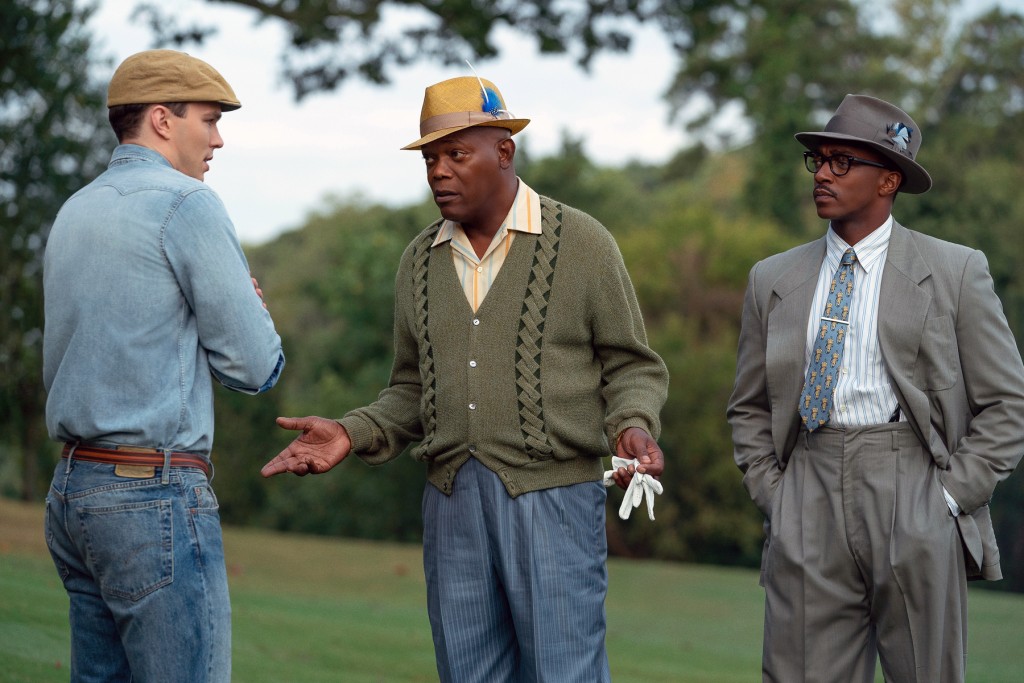 LOS ANGELES (AP) — Apple on Friday delayed the theatrical release of its first original film, “The Banker” amid misconduct allegations against one of the film’s co-producers.

A person familiar with the plans who was not authorized to discuss them publicly confirmed Friday that the film’s Dec. 6 release was being delayed.

The delay comes days after Apple canceled the film’s premiere at the AFI Film Festival in Los Angeles, citing unspecified concerns about the movie and saying it needed time to review them.

The Hollywood Reporter published a story Wednesday that said the premiere was canceled after two relatives of Bernard Garrett Jr., who is a co-producer on the film, accused him of molesting them when they were girls.

Attempts to reach Garrett Jr. at several phone numbers listed to him were unsuccessful Friday.

The film is based on the life of Garrett’s father, Bernard, who in the 1950s and ‘60s recruited a white man to pose as the face of his expansive real estate and banking business. Bernard Garrett, who is played by Anthony Mackie in the film, was convicted of misusing bank funds in 1968.

“We purchased ‘The Banker’ earlier this year as we were moved by the film’s entertaining and educational story about social change and financial literacy,” Apple said in a statement Wednesday. “Last week some concerns surrounding the film were brought to our attention. We, along with the filmmakers, need some time to look into these matters and determine the best next steps.”

The film had been slated to appear on the new Apple TV Plus streaming service after its theatrical release, but no details on those plans have been released.