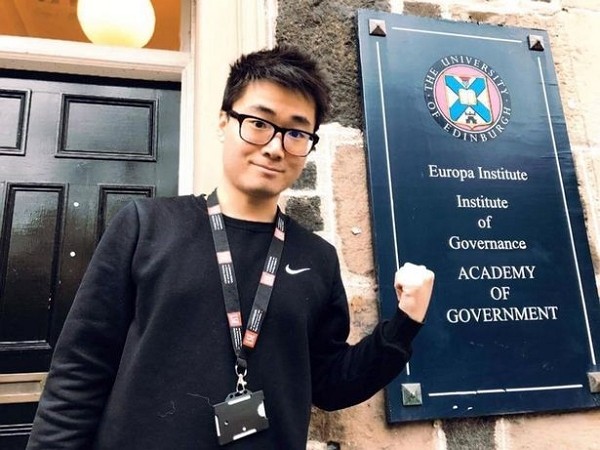 TAIPEI (Taiwan News) – Simon Cheng (鄭文傑), a former British Consulate in Hong Kong employee, is rumored to be in Taiwan after he accused the Chinese government of torturing him.

Taiwan's Mainland Affairs Council (MAC) spokesperson Chiu Chui-cheng (邱垂正) said Cheng's whereabouts could not be disclosed due to privacy reasons, Liberty Times reported. Chiu added the Taiwan government would treat Cheng like any other Hongkonger and provide assistance, regardless of whether he is in Taiwan or not.

Cheng, who was detained for 15 days in August, said in a BBC interview that he was "hung, handcuffed, and shackled" by the Chinese secret police as they tried to extract information about the British government's role in the Hong Kong protests. Cheng said he was beaten and told "human rights did not exist" where he was being held, according to Newtalk.

British Foreign Secretary Dominic Raab summoned the Chinese ambassador in the U.K. and demanded the Chinese government investigate the officers who were involved. The Chinese have denied Cheng's allegations and have released footage to show that Cheng was arrested for soliciting prostitutes, along with his confession.

Chiu Chui-cheng said that torturing its citizens would not work in the Chinese government's favor. Instead, he said, it would jeopardize the country's relationships with Hong Kong and Taiwan.

As of press time there were no corroborating sources confirming that Chen was in Taiwan.