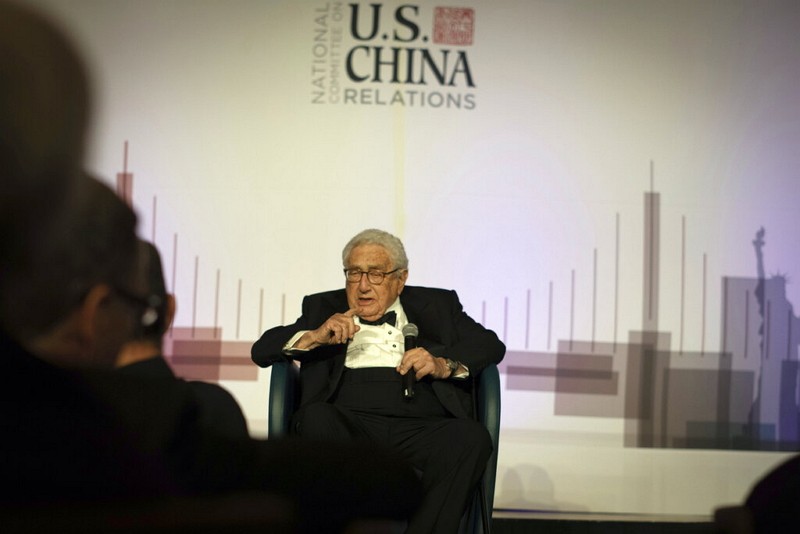 TAIPEI (Taiwan News) – A former top U.S. diplomat warned on Thursday (Nov. 21) the United States and China are in the “foothills of a Cold War,” saying the trade conflict between the two countries could intensify and end up worse than World War I.

Former U.S. Secretary of State Henry Kissinger sounded the warning when he addressed the audience at the Bloomberg New Economy Forum in Beijing, reported Fox News. World War I broke out over a relatively minor incident, “and today the weapons are more powerful,” he added.

The trade war has dragged on for more than a year, strewn with tariff threats from both sides and on-and-off negotiations. U.S. President Donald Trump has hinted a “phase one” trade deal could be reached soon but declined to give details, as tariffs on Chinese exports to the U.S. are poised to kick in on Dec. 15, reported CNBC.

The trade talks can only be “a small beginning to a political discussion that I hope will take place,” Fox News quoted the 96-year-old former diplomatic heavyweight as saying.

There are other contentious issues straining relations between the world’s two largest economies. In addition to the uncertain prospects of a trade agreement, the two have also traded barbs over the sailing of U.S. warships in the South China Sea, the alleged detention of Uyghurs in Xinjiang, and the ongoing Hong Kong protests.