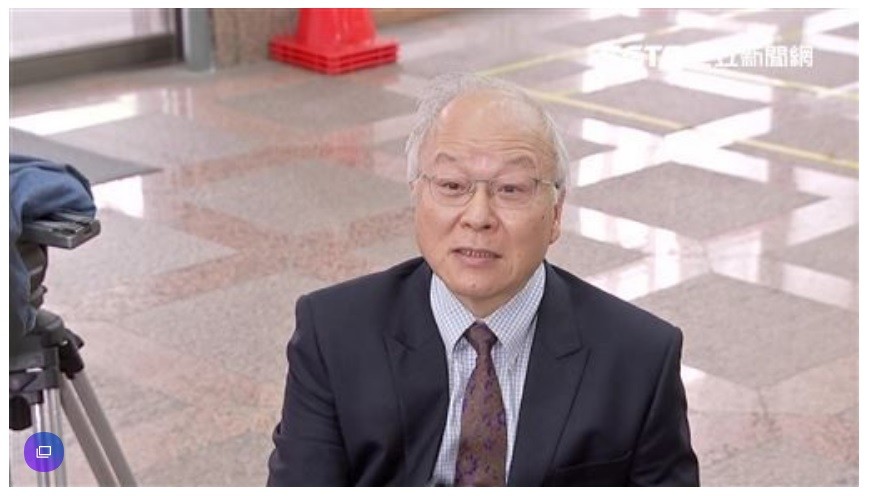 Sitting and waiting in the CEC hallway was Kuo Kuan-ying (郭冠英), a former executive secretary for the now-defunct Government Information Office and a pro-unification supporter. When reporters asked, "Why did you come with the New Party members?" Kuo smugly responded, "I have come here to supervise the elections in Taiwan Province," reported SET News.

When reporters again asked him if he had come with the New Party, Kuo quickly responded, "No, no, I am [a member of] the Communist Party. I represent the Communist Party." At that moment, police officers stepped forward and said, "No interviews are allowed inside. Thank you," according to the report.

The pro-unification Chiu Yi served as a legislator representing the KMT between 2001 and 2012, and was an outspoken political talk show guest after not being re-elected. He had run as a legislator-at-large candidate for the New Party in 2016, but failed to win the seat.

In a recent Weibo post, Chiu wrote a congratulatory message on China's 70th anniversary, saying he was "deeply touched after watching China's magnificent National Day military parade and hearing Xi's national speech." He concluded by saying that he is "proud of being a Chinese" and "China-Taiwan reunification is inevitable."

On Jan. 11, 2019, voters will be able to cast ballots for a presidential ticket, a candidate for a local legislative seat, and a political party list of at-large legislative candidates decided by proportional representation.