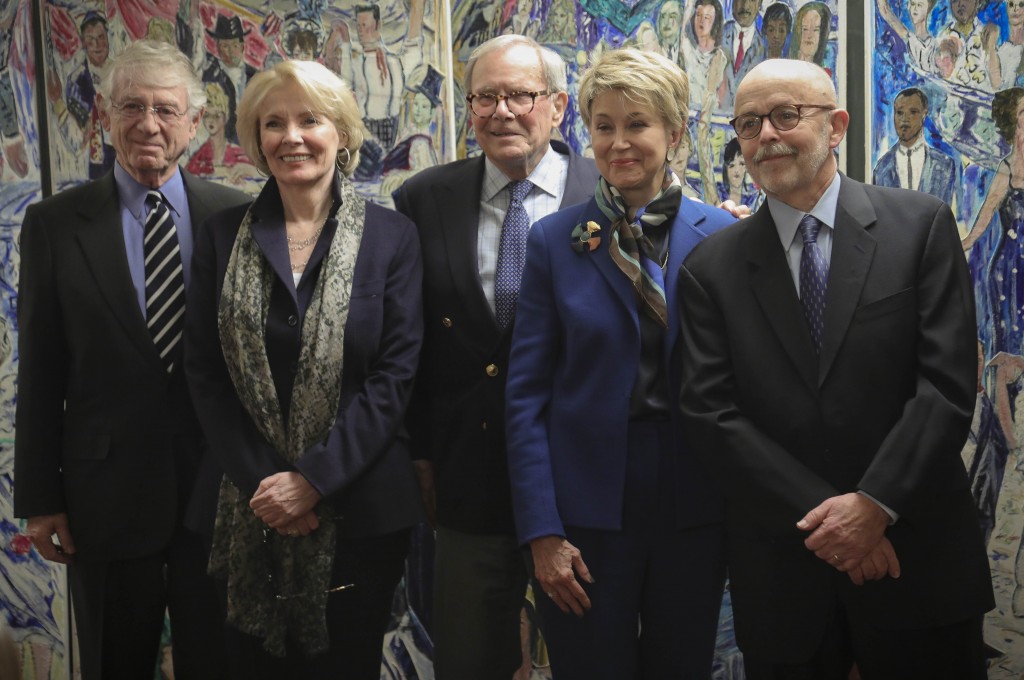 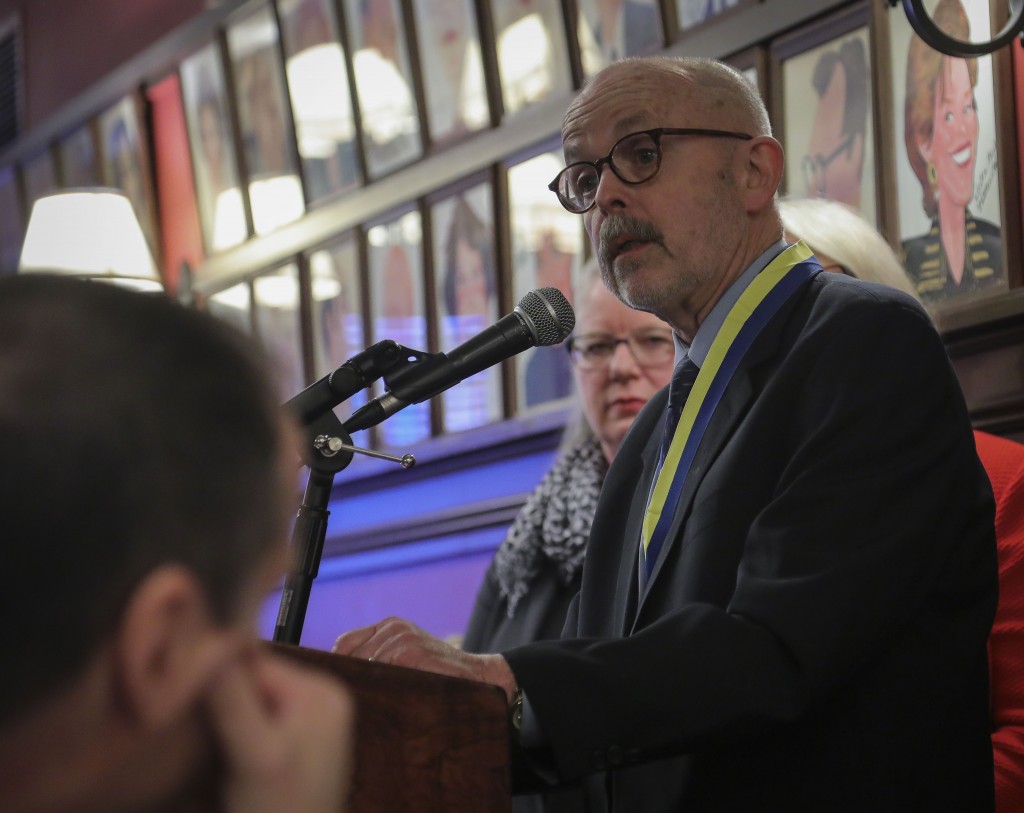 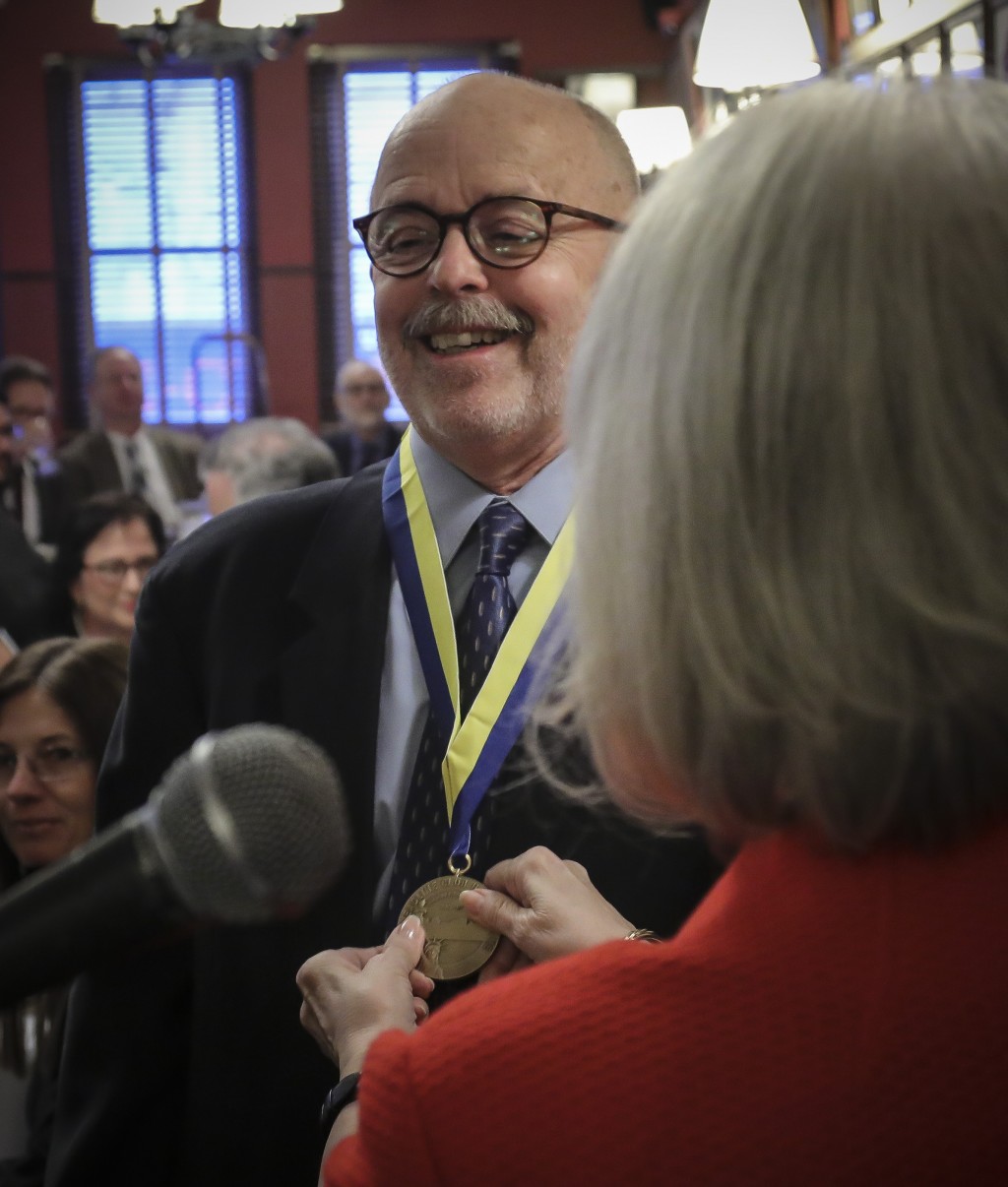 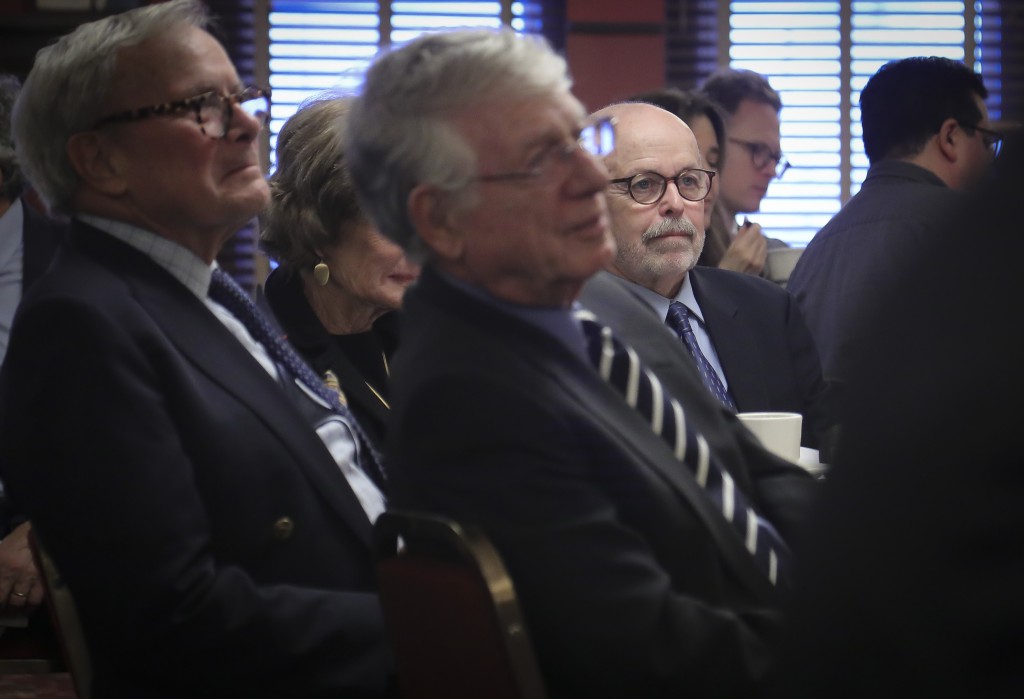 Five luminaries in news broadcasting, opinion writing and — for the first time — photography were inducted Thursday into the New York Journalism Hall of Fame.

As the first photojournalist honored in the hall’s 44-year history, Drew told the gathering that “by setting this precedent, you honor not just me, but every news photographer.”

His distinctions include being one of a handful of photographers in the hotel kitchen where Robert F. Kennedy was assassinated in 1968 and making the famous photo known as The Falling Man during the Sept. 11 terror attacks in 2001.

Pictures by Drew and other AP photographers on the 1992 U.S. presidential campaign trail won the 1993 Pulitzer Prize in feature photography, and Drew’s work is in the collections of institutions including the Museum of Modern Art in New York.

Brokaw, Koppel and Pauley are among the most prominent figures in television news.

Brokaw anchored “NBC Nightly News” for over 20 years, became a chronicler of the World War II veterans and peers he dubbed the “Greatest Generation” and was awarded the Presidential Medal of Freedom in 2014. He continues to report for NBC, where he started in 1966.

Koppel anchored ABC News’ “Nightline” for a quarter-century, leading more than 6,000 episodes of the late-night news show. Having covered the Vietnam War, he continued stints as a combat correspondent as recently as 2003, during the U.S. invasion of Iraq. He is currently a senior contributor to CBS’ “Sunday Morning.”

Pauley anchors “Sunday Morning,” a position that follows more than a decade each of anchoring “Dateline NBC” and co-hosting NBC’s “Today” show. She has written two best-selling books, a memoir and an exploration of people in their 50s and older who take new directions in their lives.

Noonan has been a Wall Street Journal opinion columnist for nearly 20 years, winning the Pulitzer Prize for commentary in 2017. A former speechwriter for President Ronald Reagan, she has written nine books on U.S. politics, history and culture.

The journalism hall was established by the Deadline Club, which is the New York City chapter of the Society of Professional Journalists. More than 100 journalists have been honored.