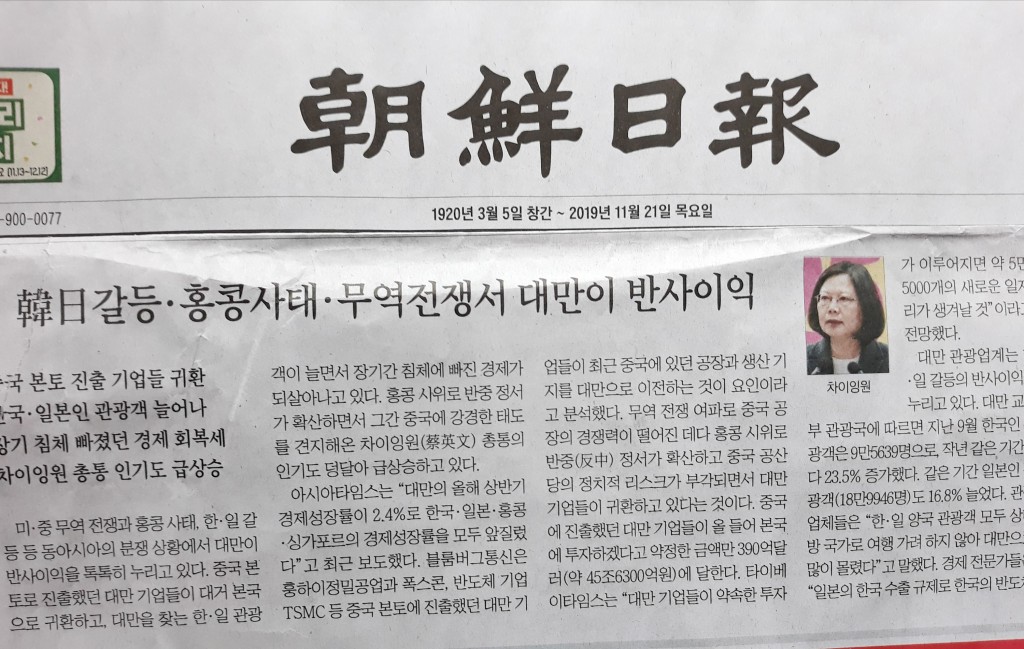 TAIPEI (Taiwan News) — Both Taiwan’s economy and its president have benefited from the dispute between Japan and South Korea, from the trade war between the United States and China, and from the protests in Hong Kong against China, South Korean newspaper Chosun Ilbo reported Thursday (Nov. 21).

Numerous Taiwanese businesses are abandoning China and coming home. Meanwhile, the number of Japanese and South Korean travelers heading to the island is also increasing rapidly, helping a long-awaited revival of its economy, the paper said.

The influx of tourists from both countries might also be a consequence of the quarreling between the two governments, with travelers from each country refusing to visit the other’s and heading for the closest alternative, Taiwan, instead.

On a political level, the unrest in Hong Kong is helping President Tsai Ing-wen (蔡英文), whose hardline stance on China has improved her poll standings ahead of the January 11 elections, according to Chosun Ilbo.

In August, she managed to overtake her main challenger, Kuomintang candidate Han Kuo-yu (韓國瑜), and has since increased her lead as the election date approaches, the Korean newspaper reported.