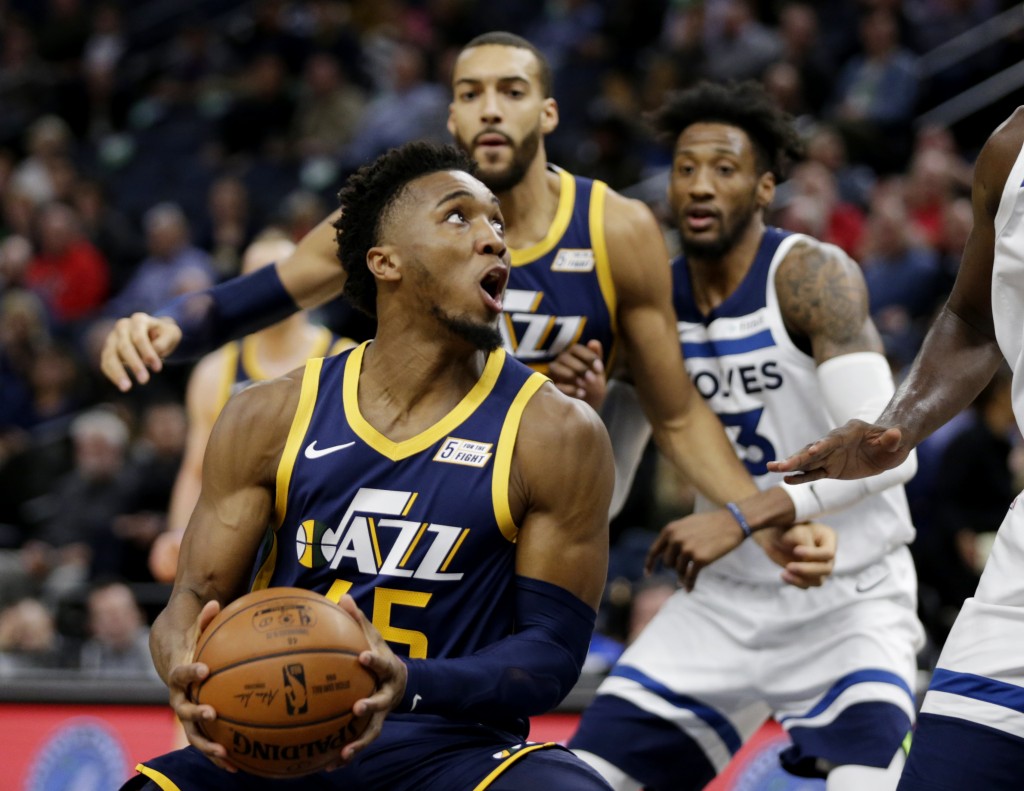 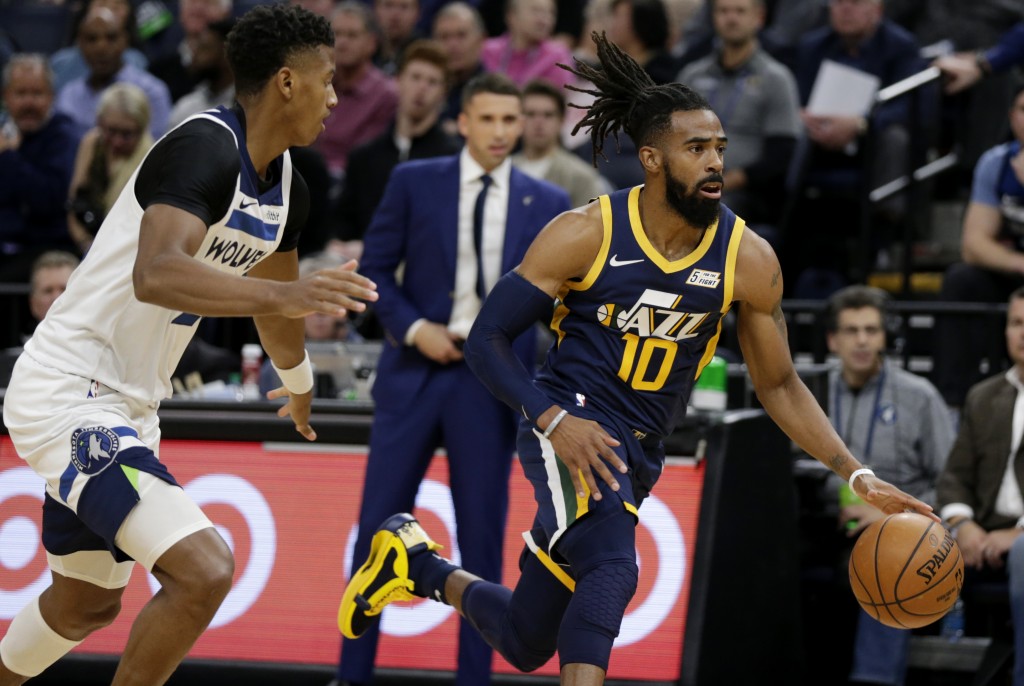 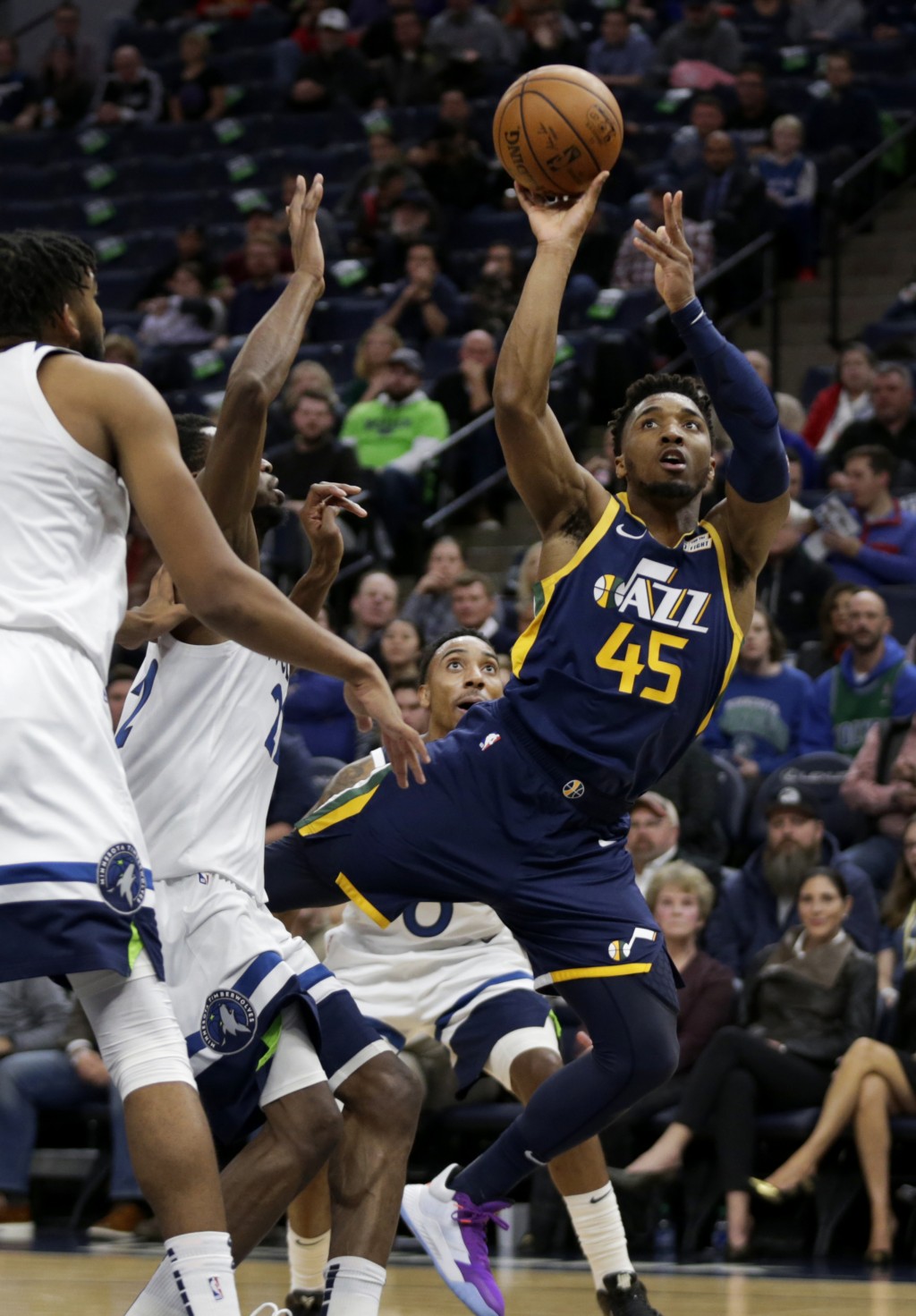 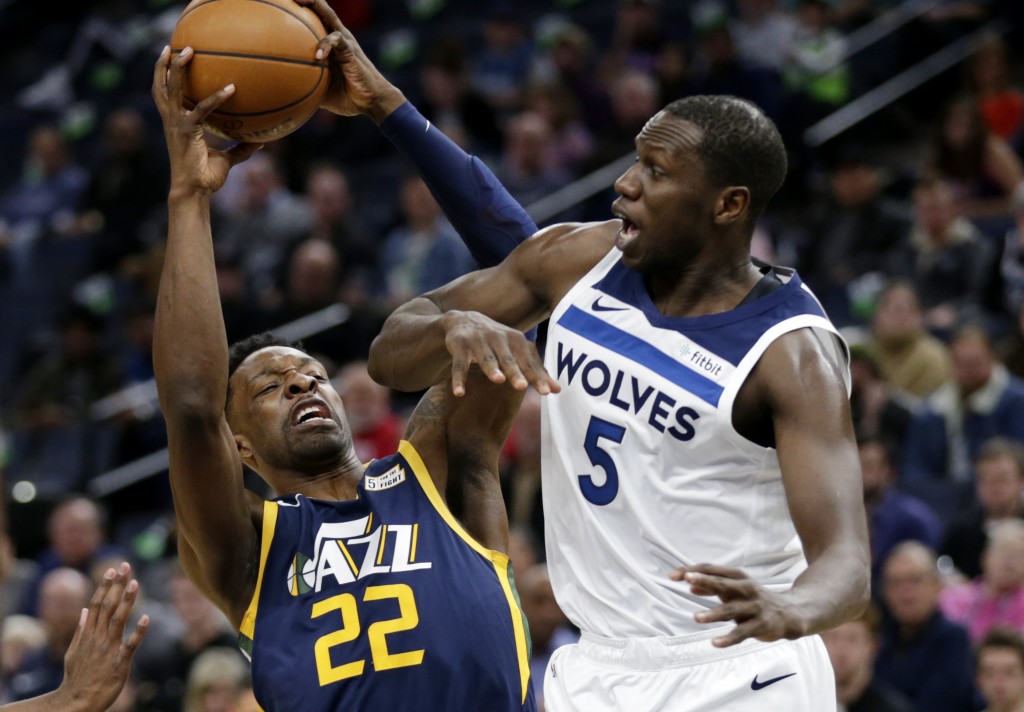 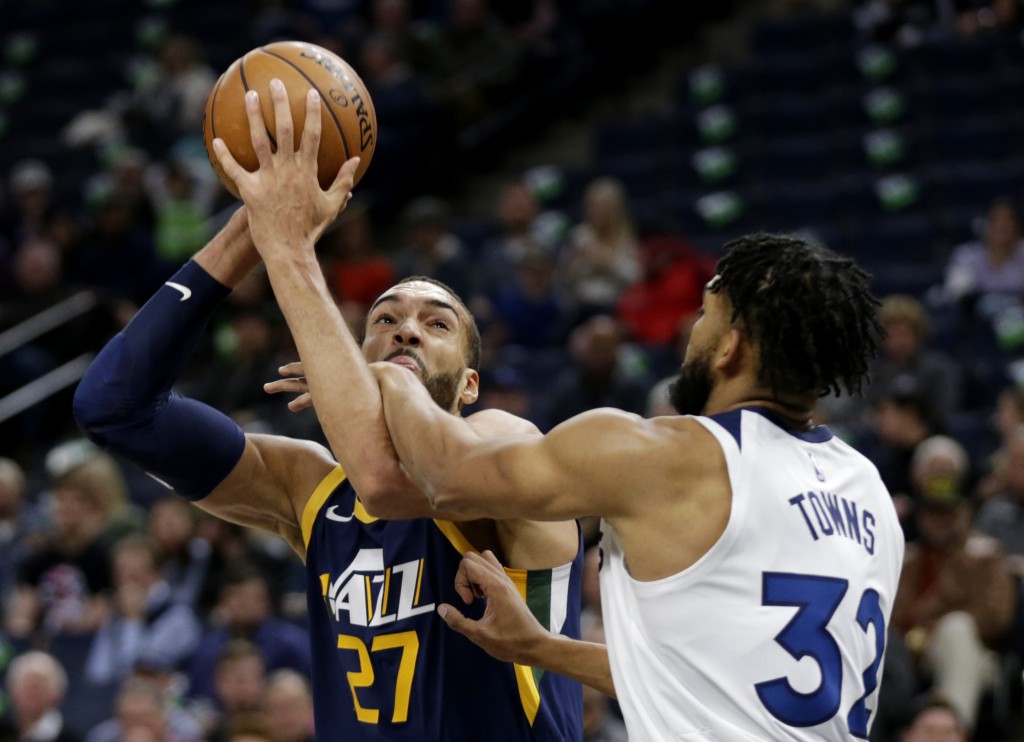 Bogdanovic and Mitchell each hit three 3-pointers in the fourth quarter. Bogdanovic was 6 of 11 from 3-point range, and Mitchell 5 of 10 to help Utah rebound for a home loss to Minnesota on Monday night.

Minnesota led by six in the fourth quarter before Utah used a 12-0 run to take the lead for good.

Andrew Wiggins had 22 points for Minnesota after missing three games because of personal reasons and an illness. Karl-Anthony Towns was held to 14 points and struggled with foul trouble most of the night.

Towns finally hit double figures on a 3 with 4:34 remaining, but Utah answered with back-to-back triples from Bogdanovic and Mike Conley to make it 94-85 at the 3:28 mark.

Conley had 16 points for the Jazz, and Rudy Gobert had 12 points and 15 rebounds.

Utah led by nine before Kelan Martin keyed a 12-0 run that put the Wolves up early in the fourth.

Jazz: Gobert blocked five shots for the second time in three games. ... The Jazz took advantage of early foul trouble for Towns and Wiggins and jumped to an 11-point lead in the first quarter. Utah led by 11 before Minnesota tightened up defensively and reclaimed the lead with a 20-4 run. ... Ed Davis missed his eighth game with a fractured left fibula.

Timberwolves: Minnesota went 11 for 21 from the foul line. ... Coach Ryan Saunders was given a technical in the first quarter. .... Shabazz Napier (hamstring) missed his ninth game. F Jake Layman (toe) was inactive after leaving Monday’s game in the second quarter.