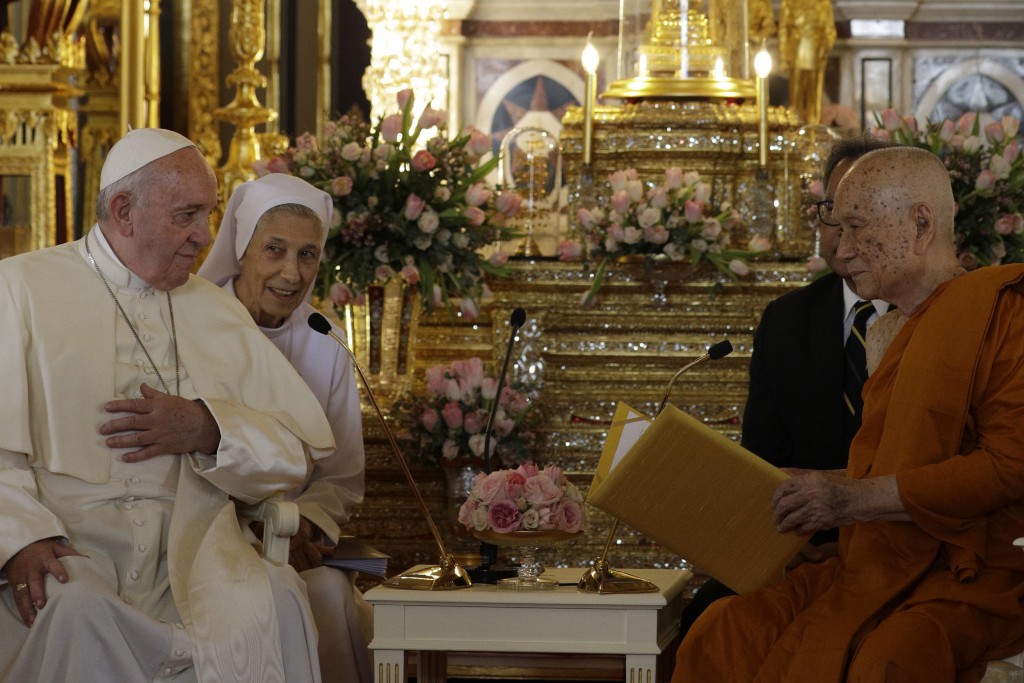 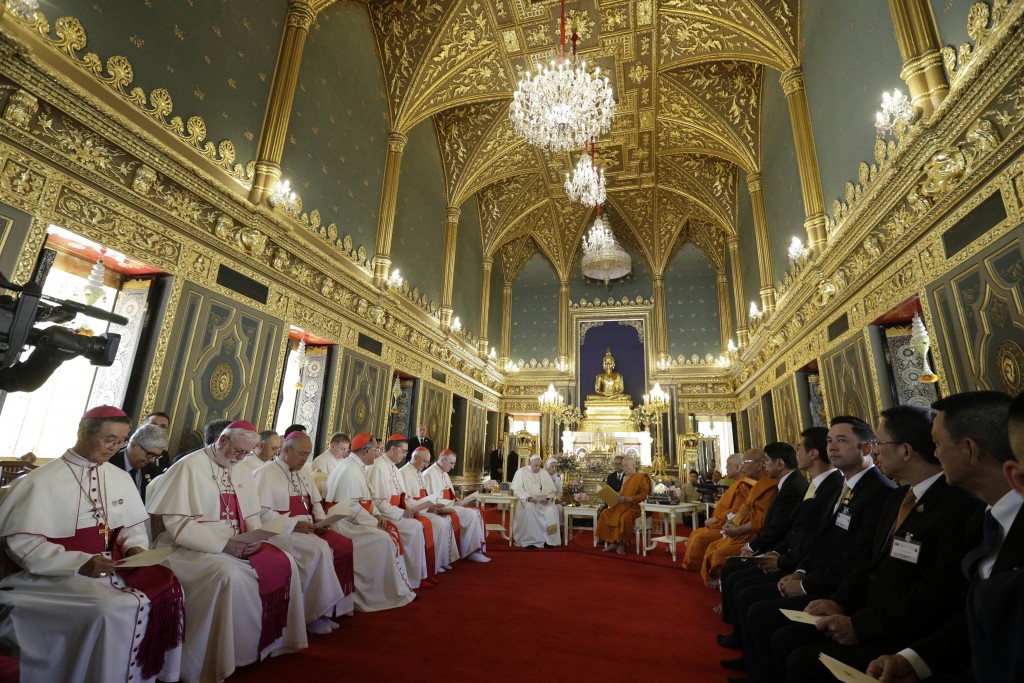 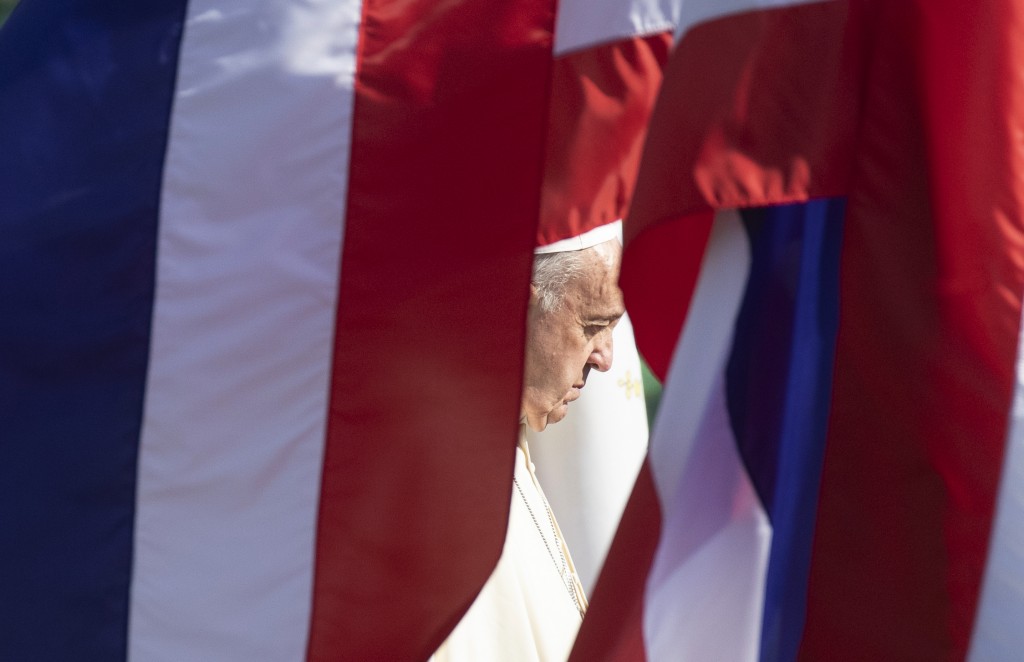 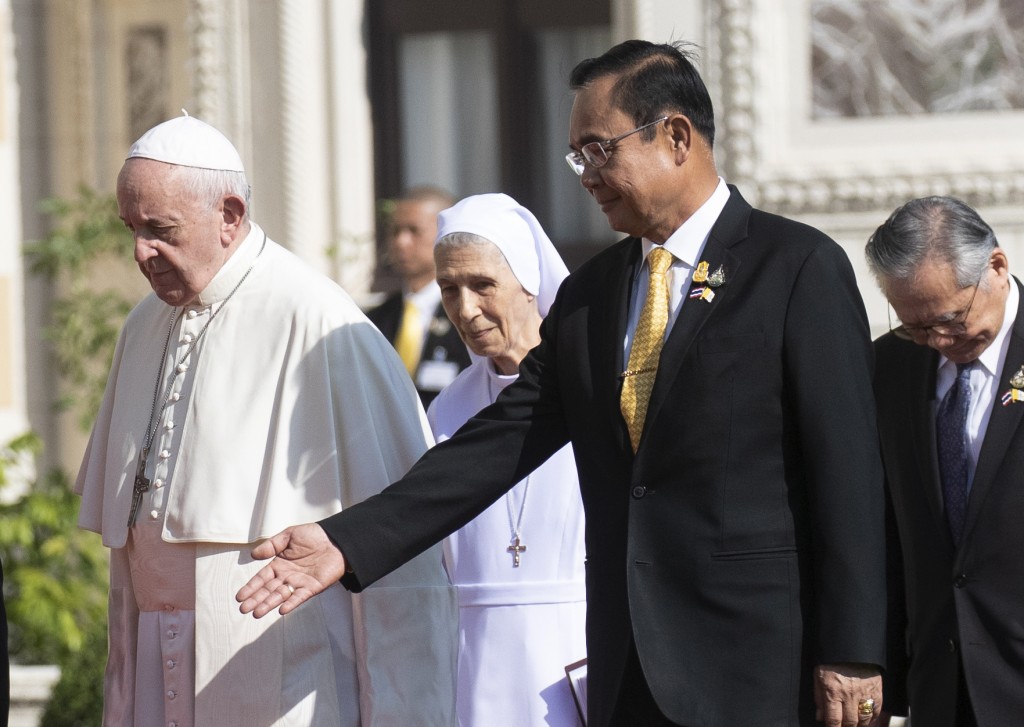 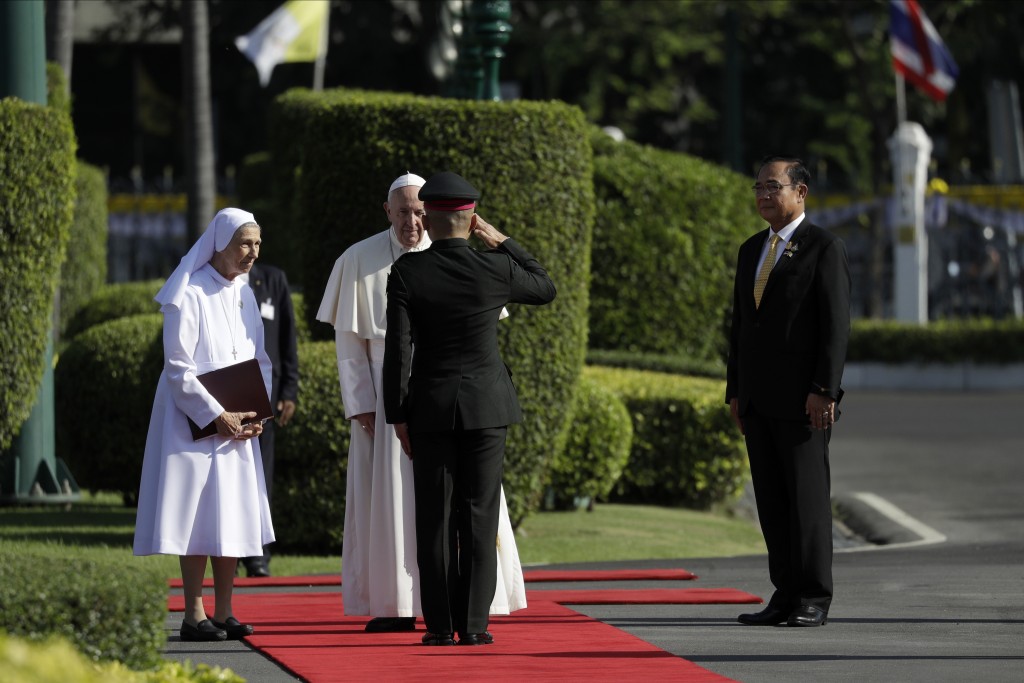 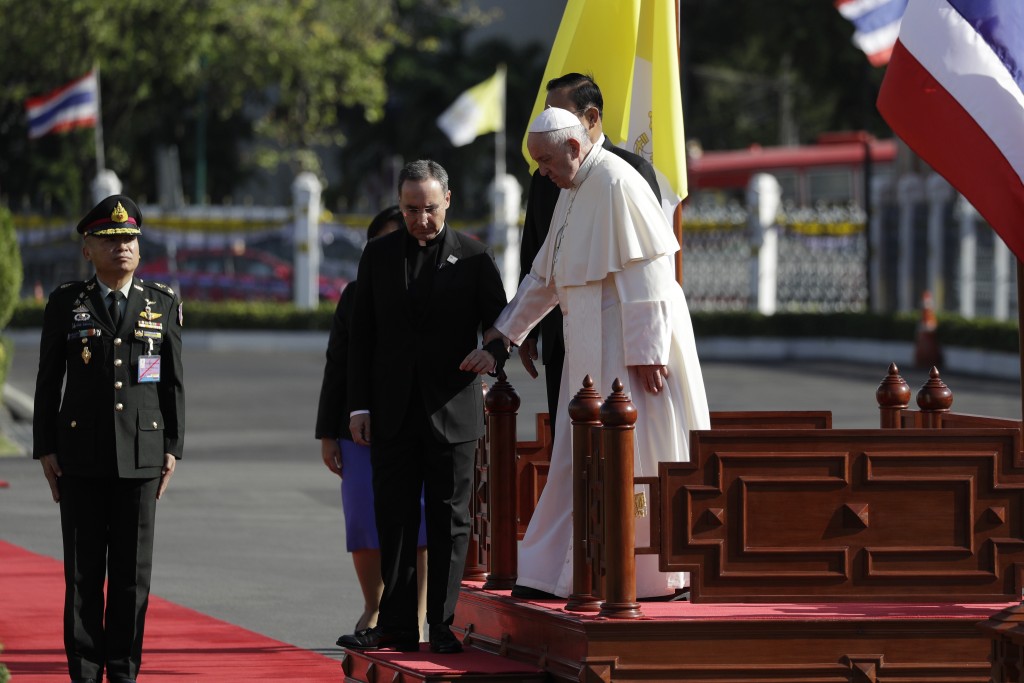 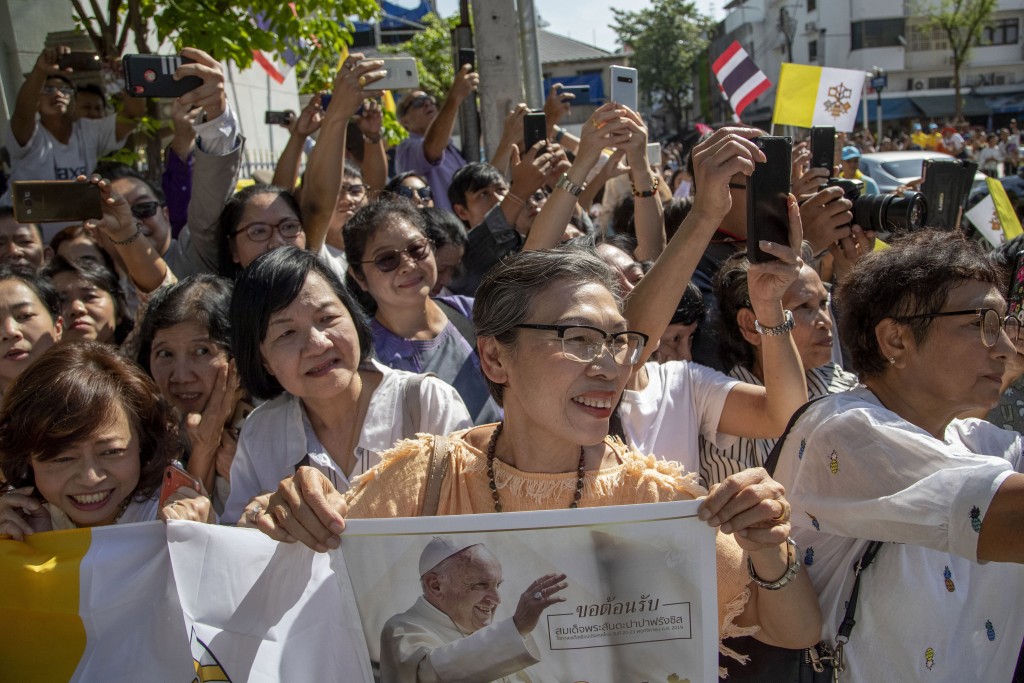 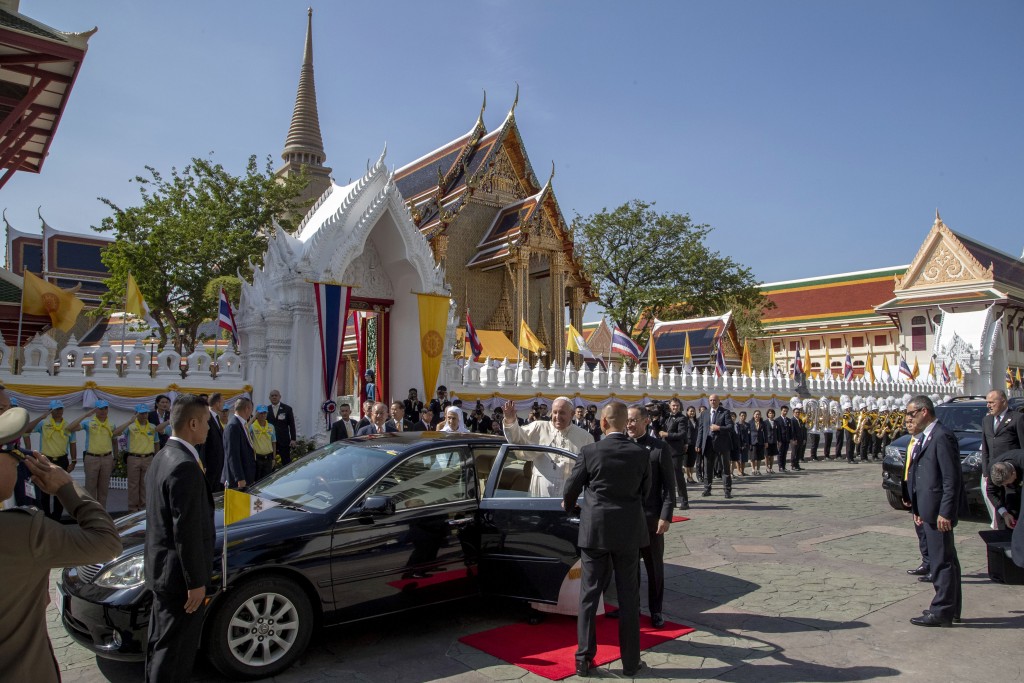 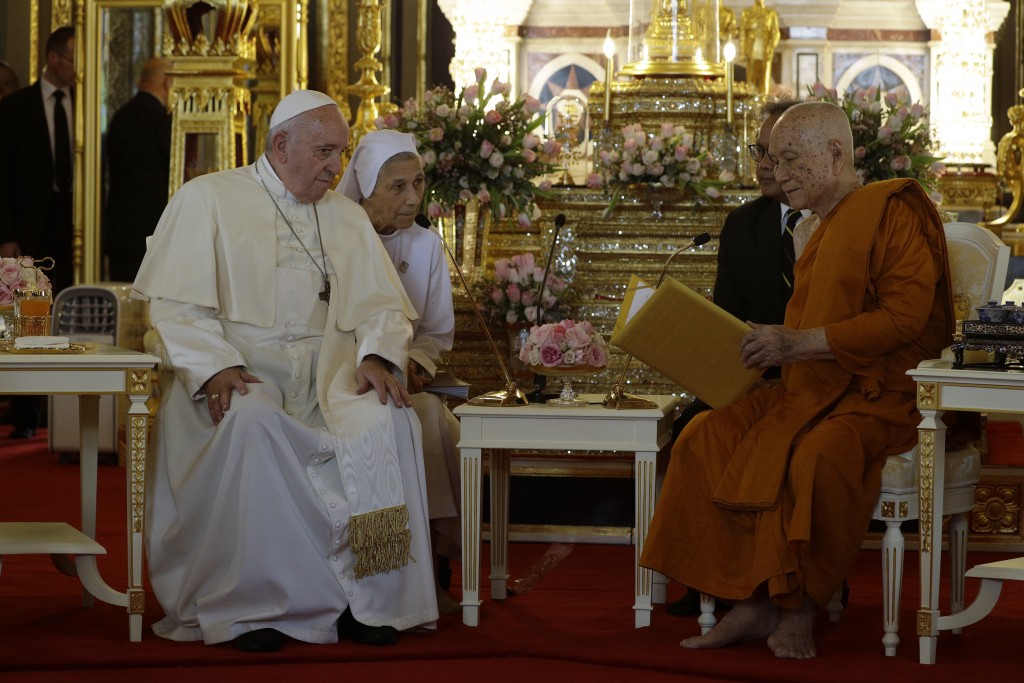 BANGKOK (AP) — The Latest on Pope Francis’s visit to Thailand and Japan (all times local):

Pope Francis is committing the Catholic Church to working more with Thailand’s majority Buddhists to launch projects to care for the poor and the environment.

Francis made the pledge during a meeting Thursday with the supreme Buddhist patriarch at the Wat Ratchabophit temple. It was the second time a pope has called on the spiritual leader of Thailand’s Buddhists, after St. John Paul II visited the temple in 1984.

There are fewer than 400,000 Catholics among Thailand’s 65 million people, yet Francis said they nevertheless have enjoyed freedom in their religious practice.

He called for increasing charitable initiatives to improve fraternity and to help the poor “and our much-abused common home.”

Pope Francis has called for migrants to be welcomed and for women and children to be protected from exploitation, abuse and enslavement as he began a busy two days of activities in Thailand.

Francis pleaded for action against one of the region’s greatest scourges — human trafficking to fuel the forced labor and sex trade industries — as he opened a weeklong visit to Asia on Thursday.

He praised the Thai government’s efforts to fight human trafficking in a speech at host Prime Minister Prayuth Chan-ocha’s offices. But he appealed for greater international commitment to protect women and children “who are violated and exposed to every form of exploitation, enslavement, violence and abuse.”

He called for ways to “uproot this evil and to provide ways to restore their dignity.”