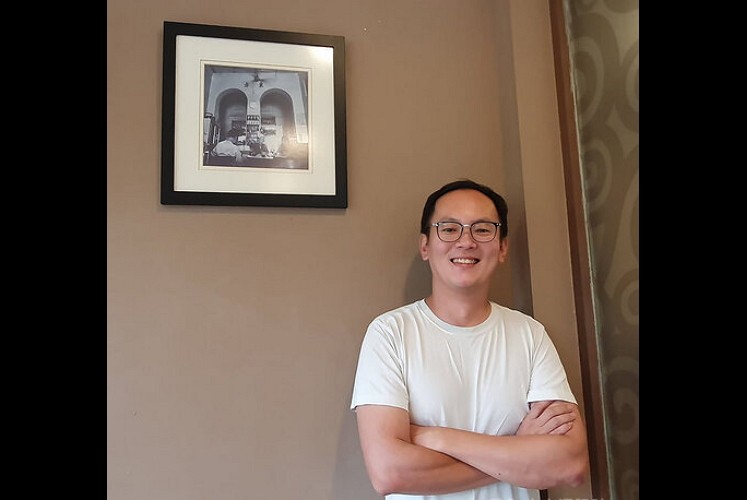 When a society fails to pay attention to a tragedy it is more likely such tragedies will be repeated.

It was that idea that inspired Malaysian director Lim Kean-hian (林峻賢) when he decided to focus his short film "Langit Budak Biru," on the plight faced by LGBT students in Malaysian schools, despite knowing that it would likely court controversy in the conservative Muslim country.

That risk has now been rewarded, with the 22-minute film nominated for Best Live Action Short Film at this year's Golden Horse Awards, one of the major film awards in Chinese language cinema.

In an interview with CNA in Kuala Lumpur, Lim said he was "extremely thrilled" to learn that he had been nominated, though he does not see the nomination as proof of his abilities, or that he has answered his life's calling.

Instead, he sees it as a way for the film to reach a larger audience, and hopefully in the process raise awareness about LGBT issues in Malaysia, and foster more inclusivity and empathy.

Langit Budak Biru, which translates into "sky boy blue," follows two teenage boys, Abu and Nuwas, who are roommates at a boarding school.

The two are on extreme ends of the social hierarchy; Abu is popular and gets good grades, while Nuwas is constantly bullied. Through navigating the emotional and physical struggles the two face, the film invites its viewers to consider the wider social and cultural implications of the dilemma each faces.

Lim said that his inspiration for the film came from a tragic incident that happened in Penang, a state in the northwest of Malaysia.

In 2017, an 18-year old student of Indian descent studying in Penang, who had been bullied at school for being effeminate, was brutally beaten by five schoolmates and died of his injuries.

Despite the gravity of the incident, Malaysian media paid very little attention to it, said Lim, and he only came across the story in 2018.

He contrasted the indifference of Malaysian society to the boy's death to the death of Yeh Yung-chih (葉永鋕), a Taiwanese junior high school student who was bullied for similar reasons, and whose death prompted the Gender Equity Education Act in Taiwan.

"That incident", Lim said, referring to Yeh's case, "caused a huge stir and prompted a wave of concern across Taiwanese society, but we didn't have that here."

"Because of this, I feel like it is highly possible a similar incident could occur in the future," he said.

With the film, Lim hopes to raise awareness of LGBT issues in Malaysian society, and inspire others to make films on similar topics, thus creating ripples of change.

However, even if that doesn't happen, Lim has already changed the mindset of one person: the father of one of the young actors in the film.

Before they began shooting, Lim said he only told the actors' families that the short film focused on school bullying, keeping mum about the focus on LGBT issues. But by the second day, the father of one of the lead actors found out.

"Our religion is very against this," the father told the producer, according to Lim, "We don't allow the promotion of LGBT culture."

The producer explained that the film only intended to portray the situation LGBT people in Malaysia face, and the father reluctantly allowed his son to continue with the shoot.

Lim said that after the film's premiere, the father approached him and shook his hand, then left without a word.

To Lim, that moment signified that the father was now willing to accept something that he couldn't have imagined before, he said.

Langit Budak Biru isn't the first film Lim has made that deals with controversial social issues. His third short film, the award-winning "Never was the Shade," touched on ethnic and religious tensions in Malaysia.

Lim said that his focus on social issues in his films is likely due to his education in Taiwan: he pursued his undergraduate degree in film at Taipei-based Shih Hsin University, and later took a postgraduate degree at Taipei National University of the Arts.

"A lot of Taiwanese films and short films focus on social issues, and I think I was very influenced by that," Lim said, adding that many of his professors also focused on these issues in their films.

This Taiwanese influence can also be seen in the films themselves, said Lim, explaining that how he chooses to portray a scene, the elements he decides to include, and the common use of long takes in his films are all influenced by his professors and prominent Taiwanese directors.

Despite his love for Taiwan, Lim decided to return to Malaysia upon finishing his studies in pursuit of subjects that were closer to home.

"Compared to Taiwan, there are still a lot of topics that Malaysian cinema has not touched on yet," Lim said, "There are so many possibilities to discover."

Even though Malaysia's film industry is still small, Lim is confident the 13 nominations Malaysian filmmakers and actors have received at this year's Golden Horse Awards will have a positive effect.

"It will definitely galvanize more people and make them work harder," Lim said, "and inspire more people to join our ranks."