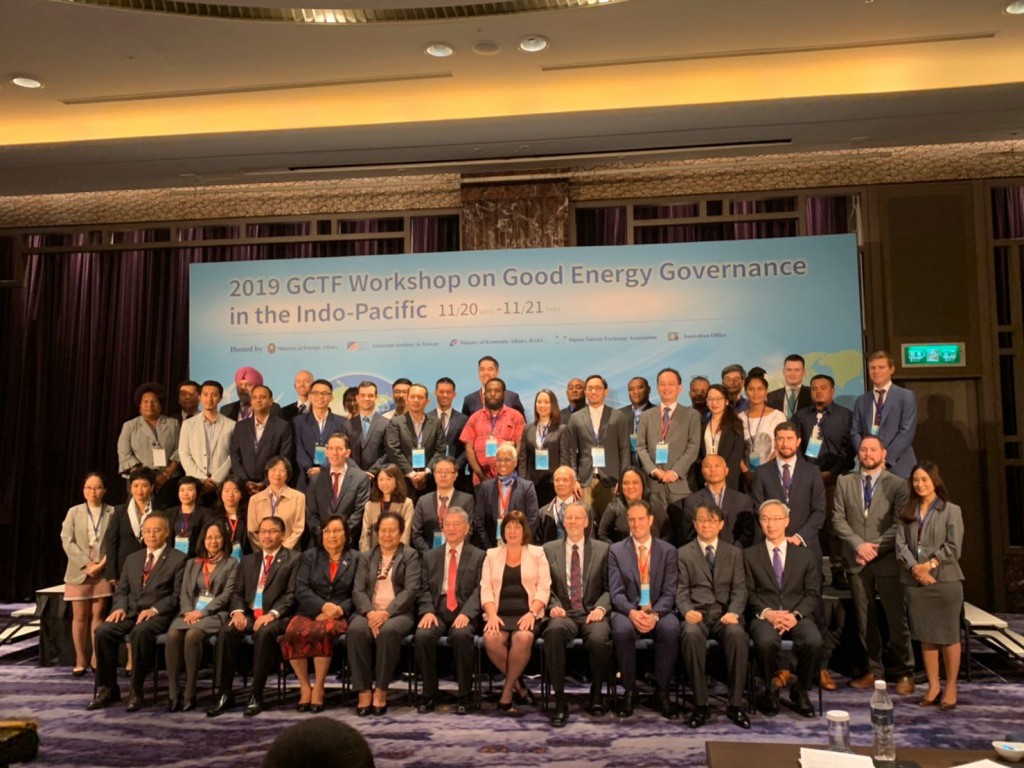 TAIPEI (Taiwan News) — A regional workshop co-hosted by Taiwan, the United States, Japan, and Australia opened in Taipei on Wednesday (Nov. 20) with a focus on promoting energy governance in the Indo-Pacific.

The workshop builds on a long history of cooperation between the United States and Taiwan on energy issues, remarked Brent Christensen, director of the American Institute in Taiwan (AIT). The U.S. Department of Energy conducts multiple technical exchanges with its counterparts in Taiwan, said Christensen, adding that American companies have also provided solutions to meet Taiwan’s energy needs.

As part of the Global Cooperation and Training Framework (GCTF) initiated in 2015, the three-day workshop consists of smaller-scale but more meticulous sessions than previous ones in hopes of better addressing energy issues prevalent in the region through discussions among experts and representatives in the field.

This is the first time Australia has co-hosted a GCTF event. Participants from 12 countries across three continents will attend talks given by 25 experts from the U.S., Australian, and Taiwanese governments, including Beth Urbanas, deputy assistant secretary for Asia and the Americas at the U.S. Department of Energy's Office of International Affairs.

Shen Jong-chin (沈榮津), minister of economic affairs, noted that Indo-Pacific countries are the major consumers of the world’s energy and the region has served as a primary transportation channel for energy. Energy-related infrastructure and good governance in the region are thus of the utmost importance, he added.

Shen also suggested that partner countries collaborate through existing platforms, such as APEC, on promoting energy governance and international cooperation.

Deputy Foreign Minister Hsu Szu-chien (徐斯儉) said the government welcomes more nations to take part in the GCTF and explore other ways of collaborating. The deputy minister added that the workshop would spur new perspectives and foster new partnerships to better deal with current energy challenges.