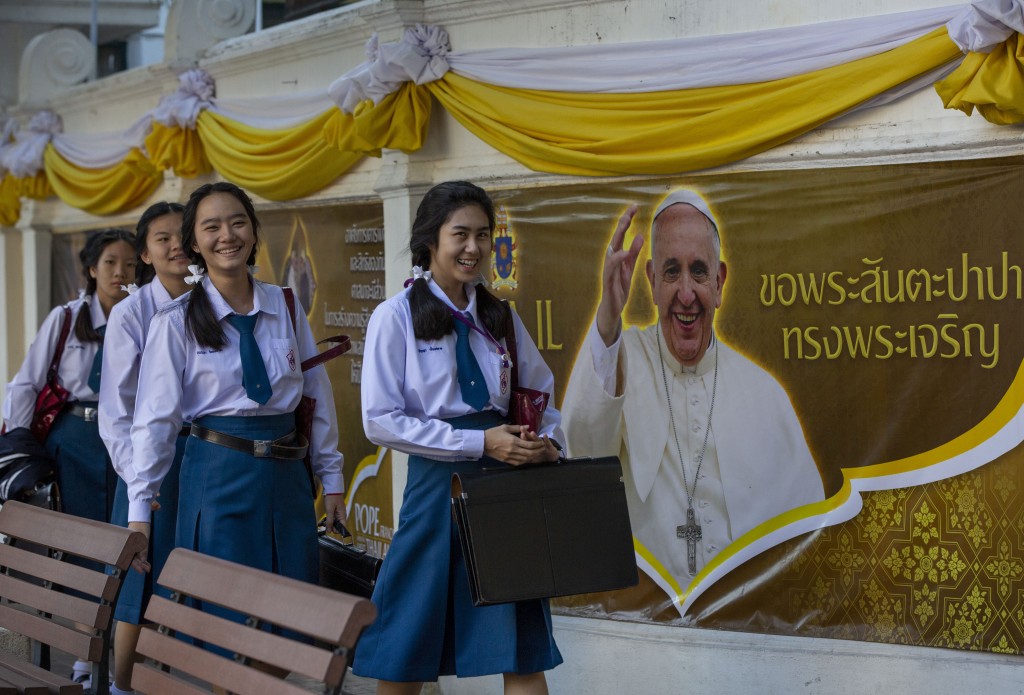 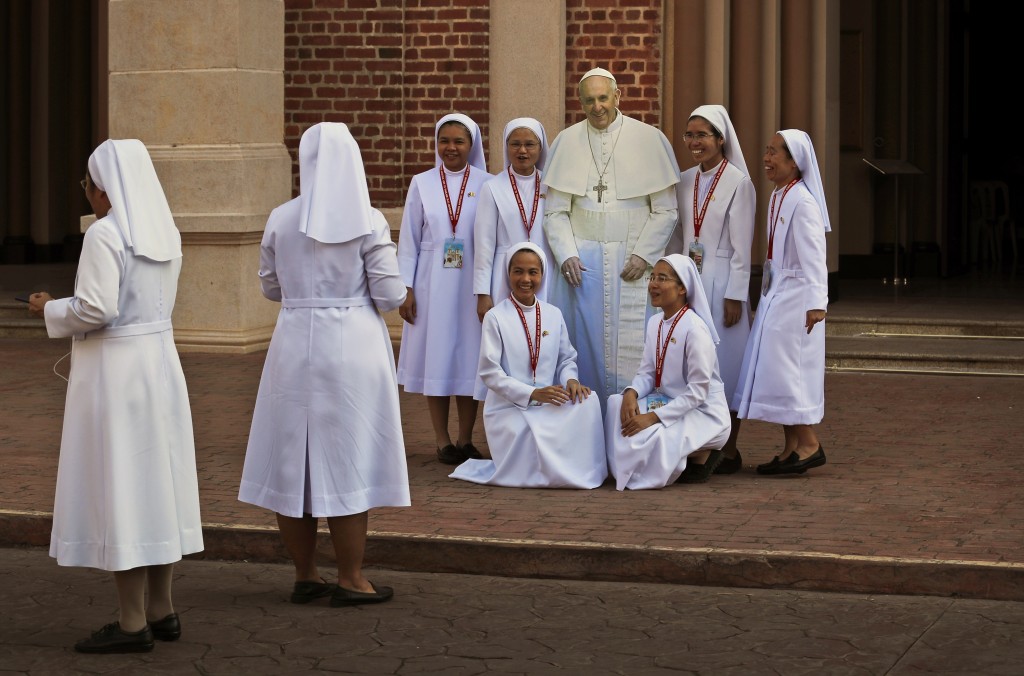 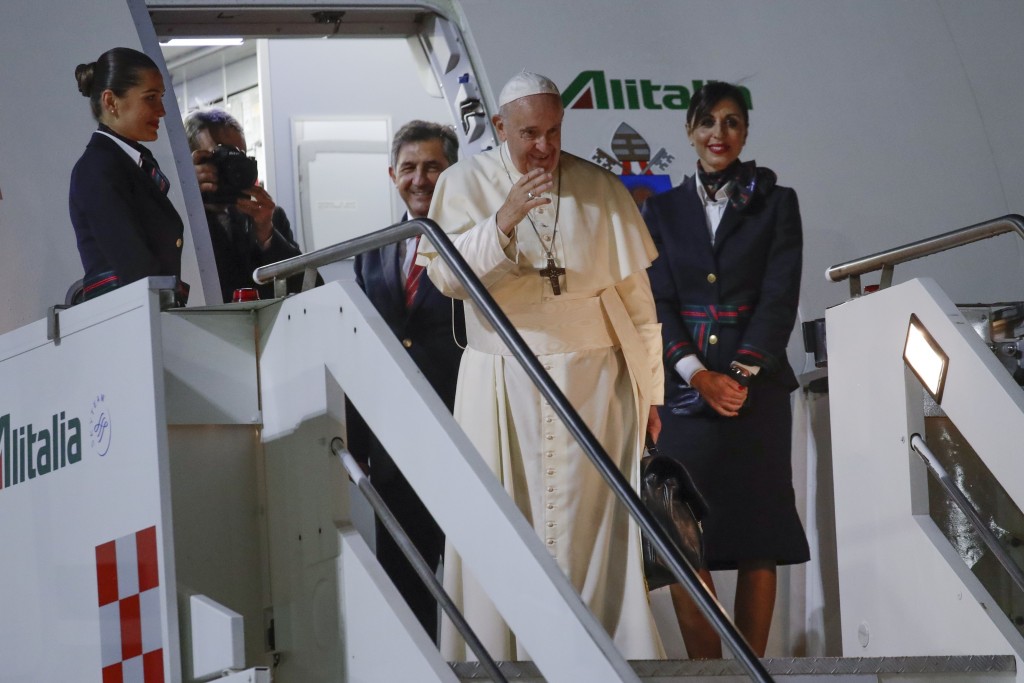 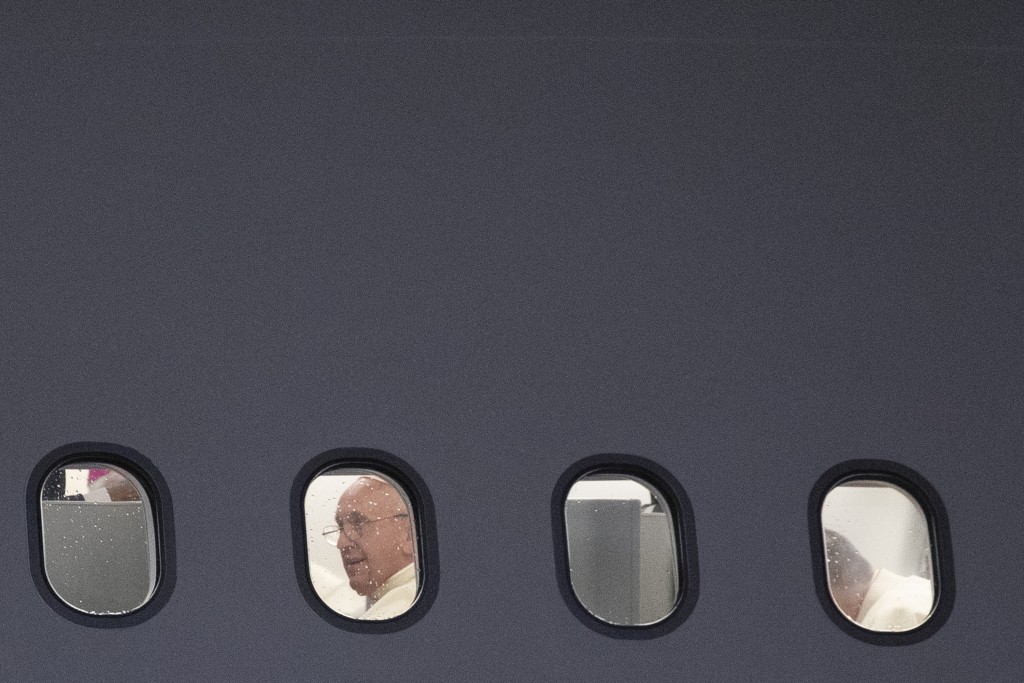 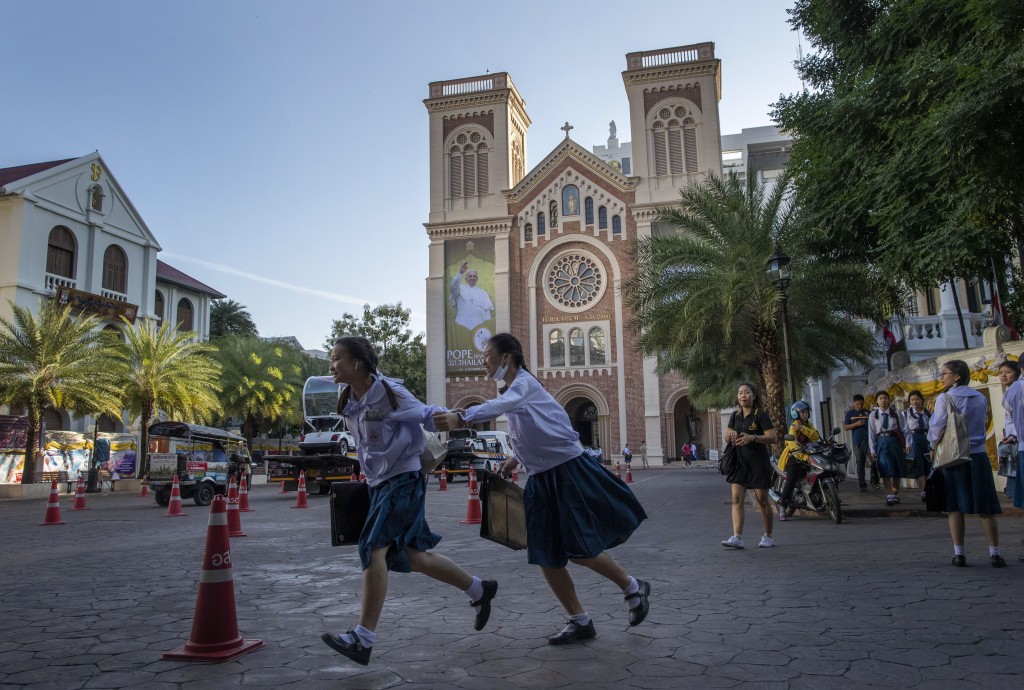 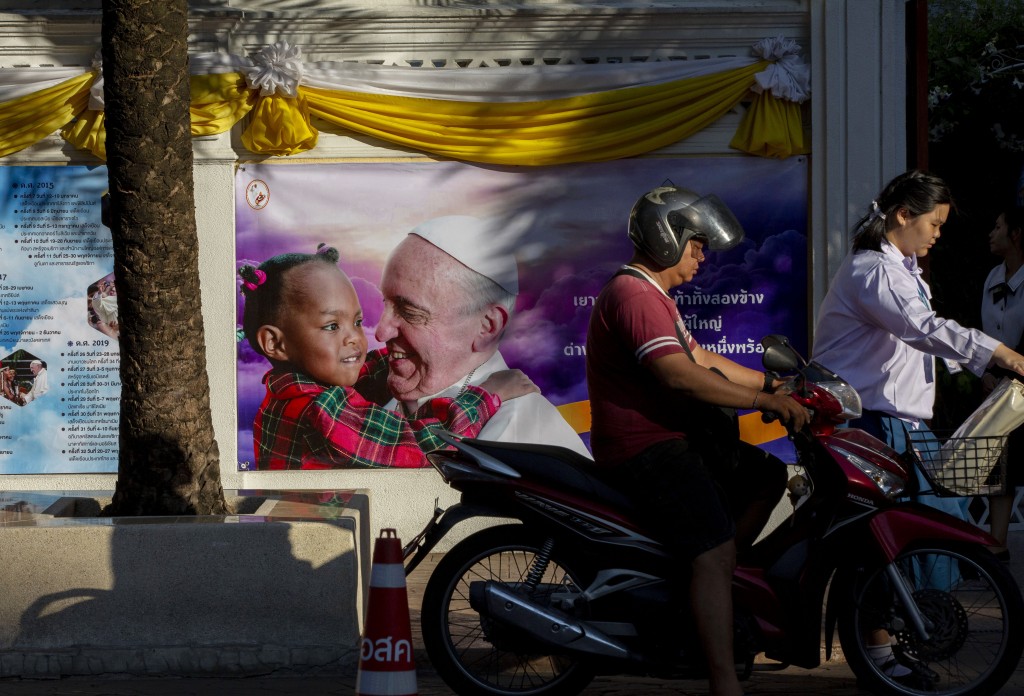 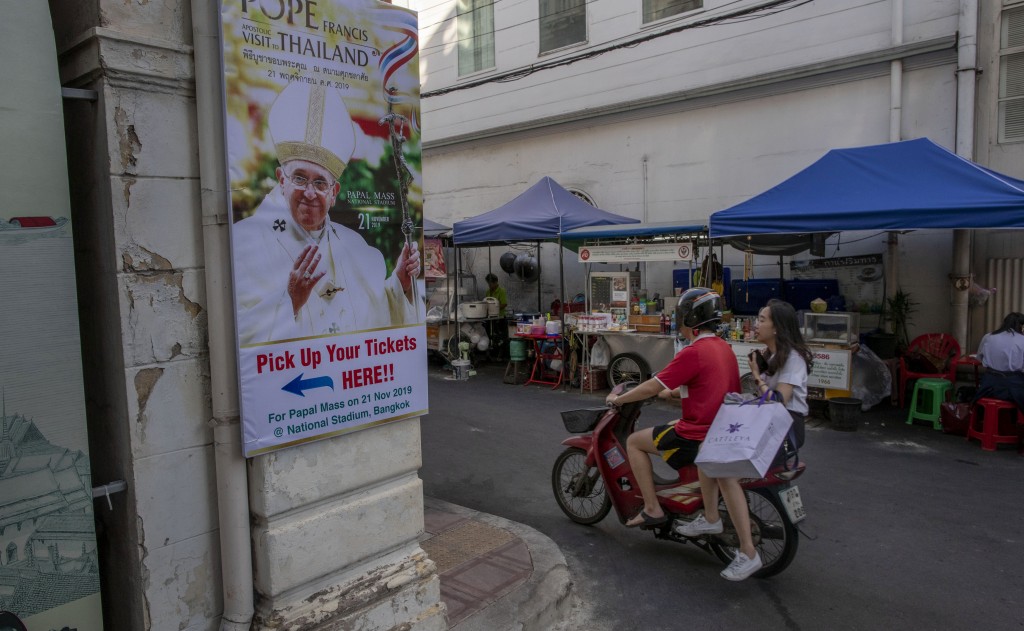 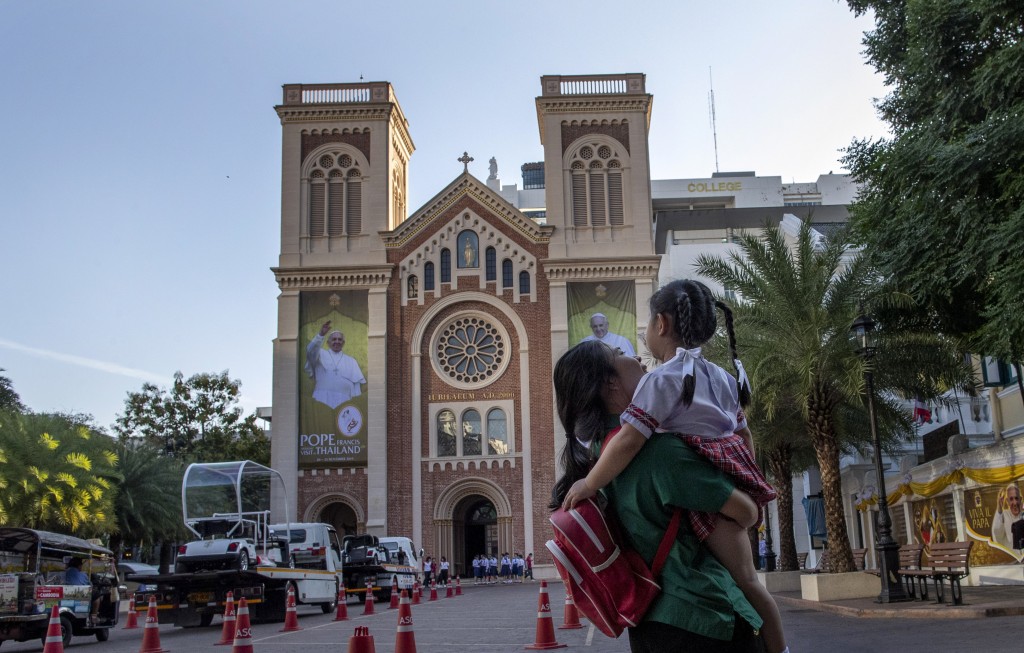 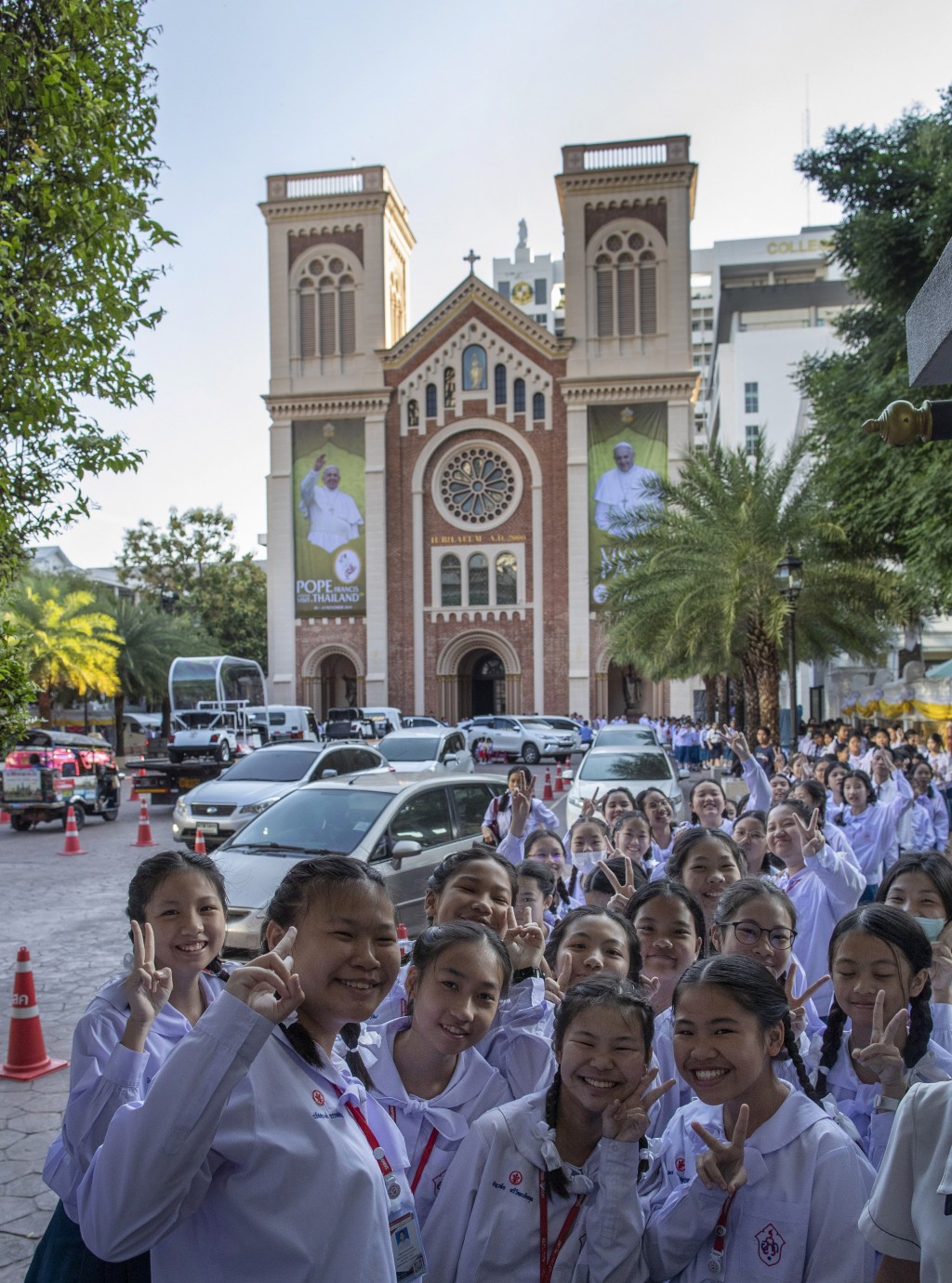 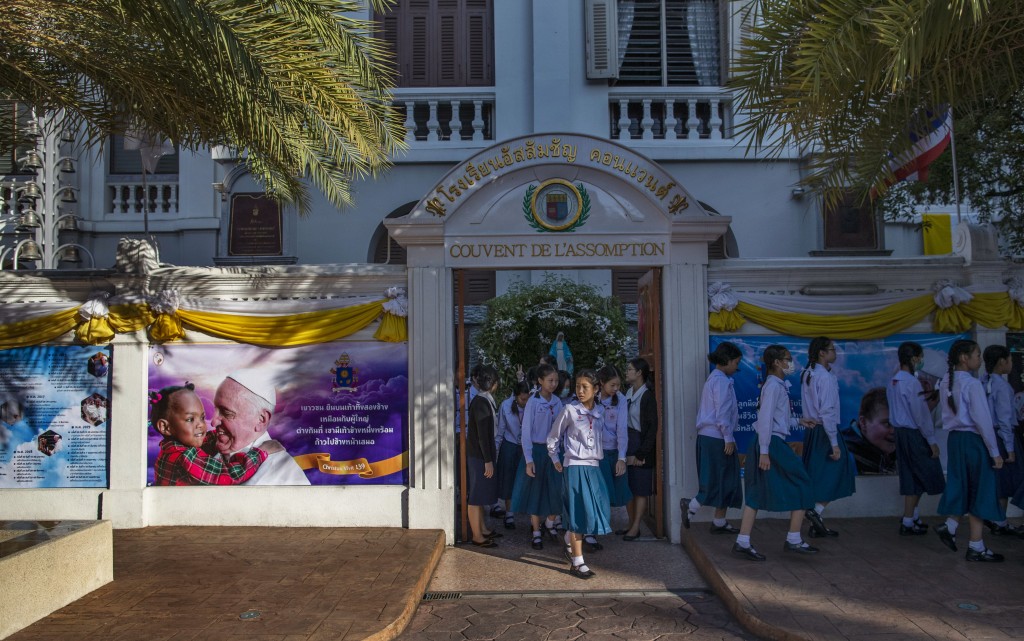 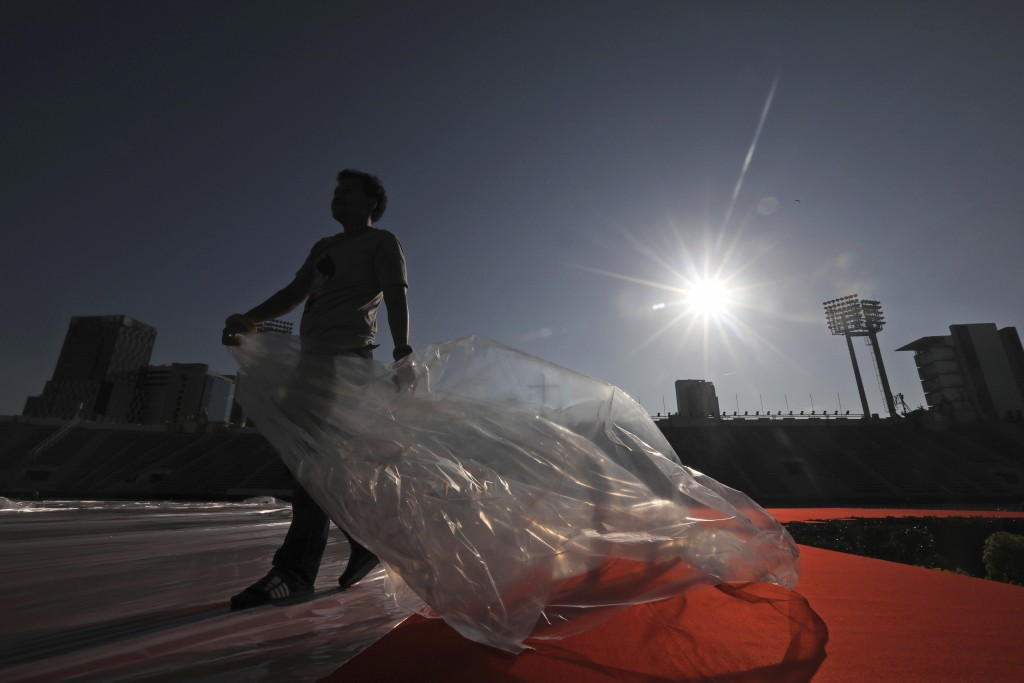 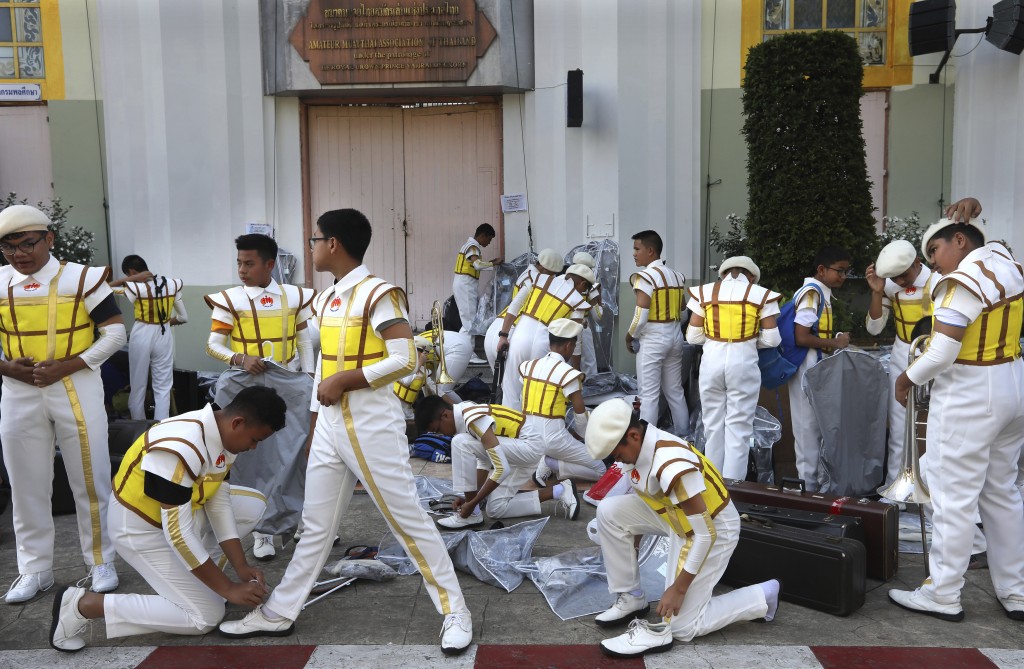 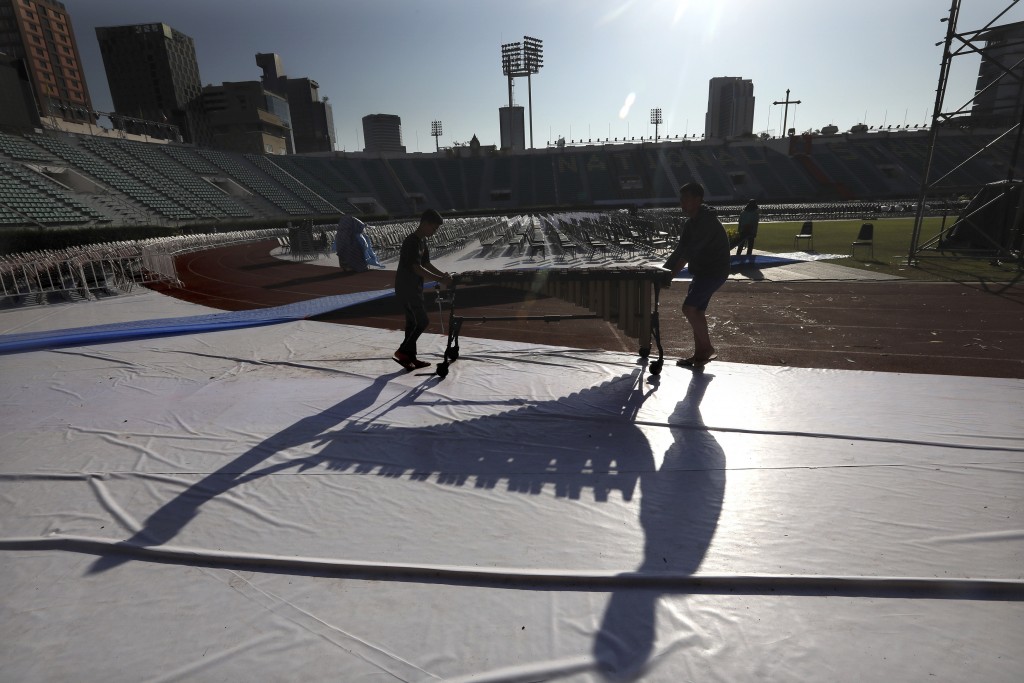 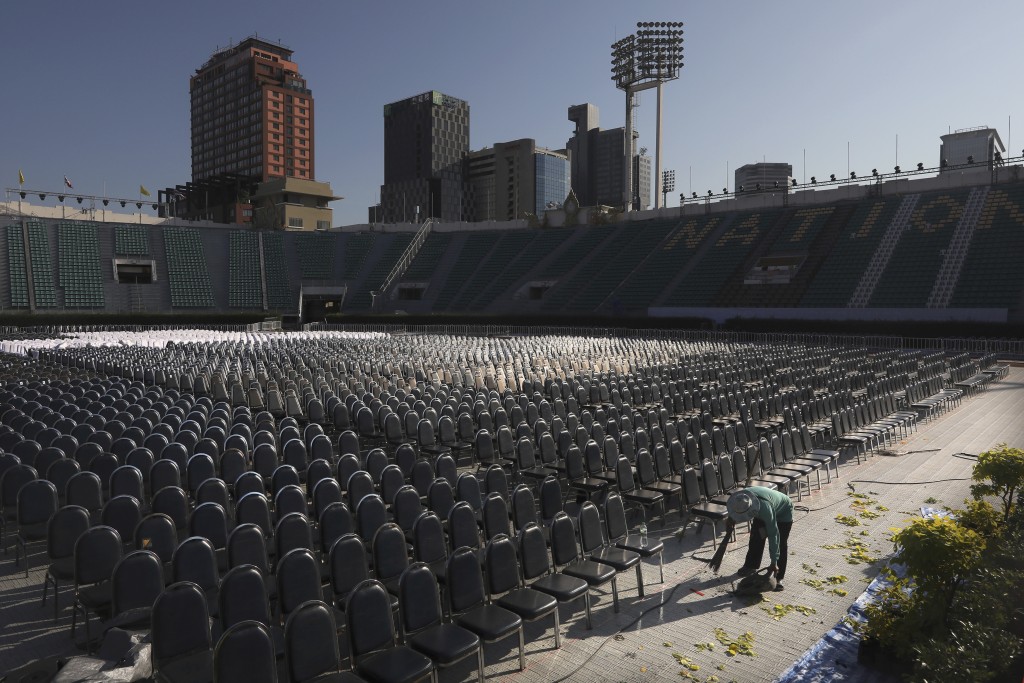 BANGKOK (AP) — Pope Francis arrived in Bangkok on Monday to begin a tour of Thailand and Japan, part of a mission to boost the morale of those countries’ tiny minority Catholic communities and speak about issues of concern including human trafficking and peacemaking.

He is expected to highlight his admiration in Thailand for the community’s missionary ancestors who brought the faith to this Buddhist nation centuries ago and endured bouts of persecution more recently.

Francis’ three-day visit to Thailand, followed by three days in Japan, will be a welcome break for the 82-year-old pope. He is enduring fresh opposition from Catholic conservatives in the U.S. over his just-concluded meeting on the Amazon as well as a new financial scandal at home.

Leaving those concerns behind, Francis will meet with Thailand’s supreme Buddhist leader, Thai authorities as well as all the Catholic bishops of Asia — a rare chance for him to address some of the major challenges facing the Catholic Church in the region and the men responsible for dealing with them.

On the eve of the trip, the Vatican secretary of state, Cardinal Pietro Parolin, said interfaith relations and emphasizing the dignity of every person are likely to be raised.

Francis has made the fight against human trafficking a hallmark of his papacy. He is expected to raise this issue in Thailand, which is a key transit point for victims of human trafficking, forced labor and the sex trade.

Francis is also expected to encourage the Catholic community, which represents just 0.58 percent of its 69 million people, as well as encourage the largely Buddhist country to continue welcoming migrants and showing tolerance to people of other faiths. That message is also intended to reach the country’s small Muslim community amid a persistent insurgency in the far south bordering Malaysia.

Thirty-five years after St. John Paul II became the first pope to visit Thailand, Francis is marking the 350th anniversary of the creation of a stable apostolic vicariate in Thailand, then known as Siam, after Dominican missionaries first brought the faith in 1567, followed by members of Francis’ own Jesuit order.

Francis will pray at the tomb of Nicholas Bunkerd Kitbamrung, known as the Rev. Benedikto Chunkim, who became the first martyred priest of modern Thailand when he was killed in 1944. Francis is also likely to refer to seven other martyrs killed in 1940 as a nationalistic government sought to convert all Thais to Buddhists.

Throughout his visit, he will have a special interpreter by his side: his second cousin, Sister Ana Rosa Sivori, who has been a missionary in Thailand since the 1960s.