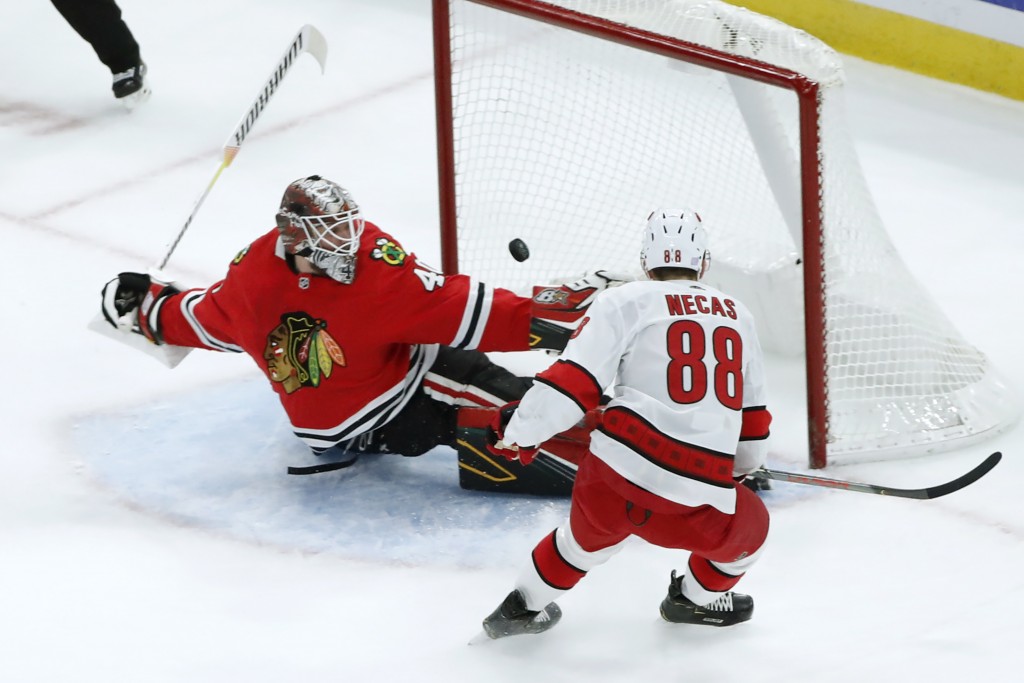 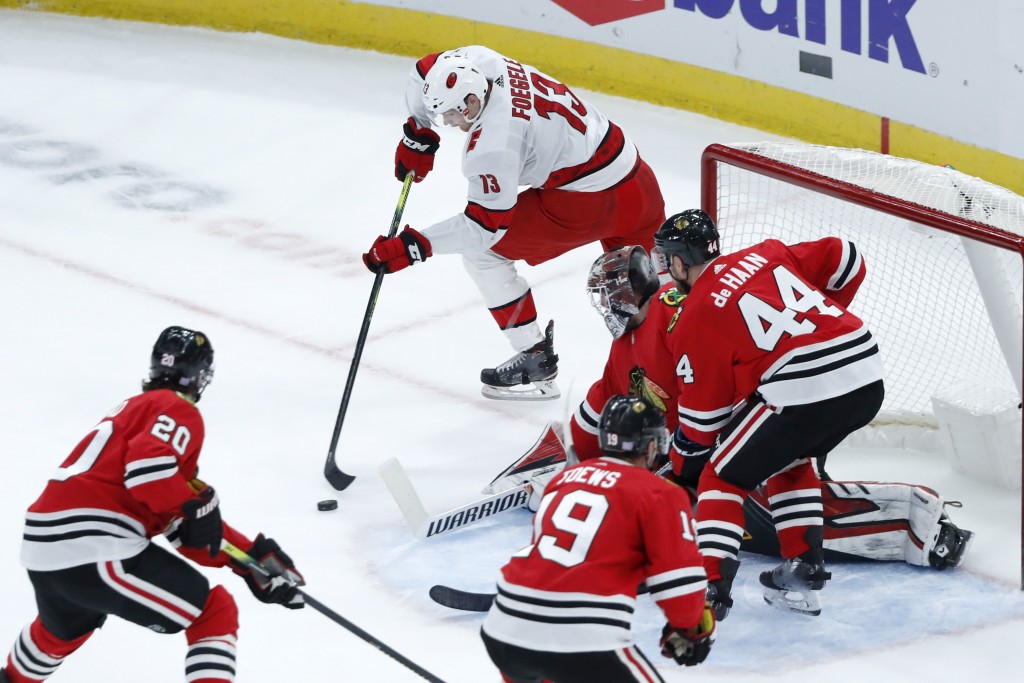 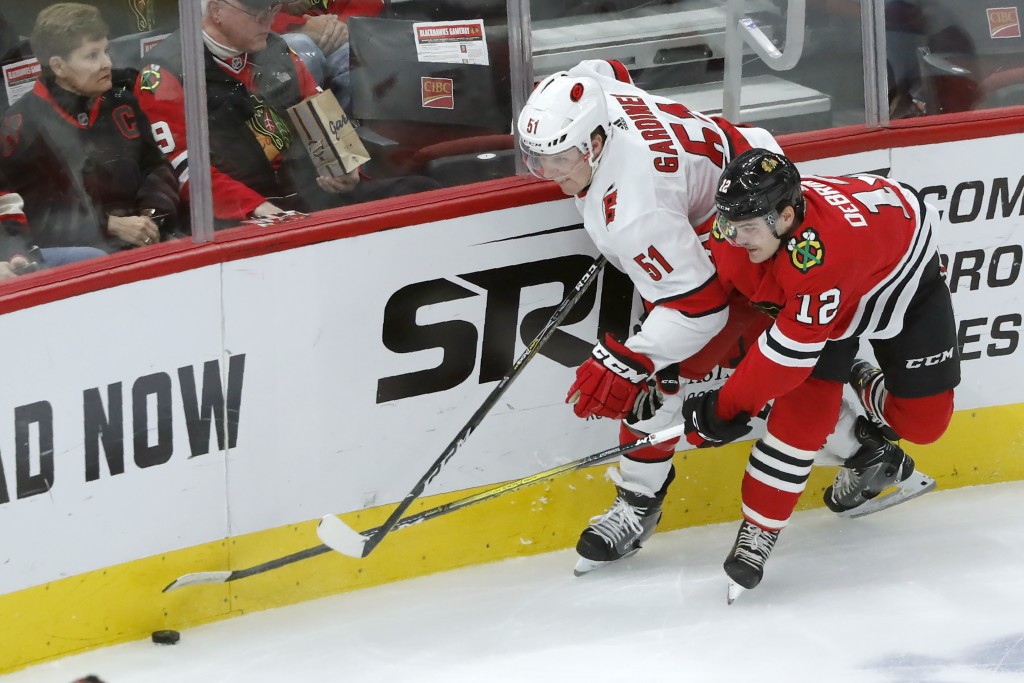 CHICAGO (AP) — Nino Niederreiter had a goal and an assist, and the Carolina Hurricanes beat the Chicago Blackhawks 4-2 on Tuesday night for their fourth straight victory.

Andrei Svechnikov and Martin Necas also scored as Carolina earned the franchise’s first sweep of a regular-season road trip of at least three games. Sebastian Aho had an empty-netter, and Petr Mrazek made 30 saves.

Chicago had won four in a row and five of six overall. The Blackhawks scored 21 times during their win streak, but they were very quiet before making a big push in the third period.

The Blackhawks then got a power play when Brett Pesce was sent off for interference, but Mrazek denied Dominik Kubalik in front with 4:43 left.

Mrazek also stopped Kane on a drive to the net with 3:12 remaining. Aho then put it away when he scored his 10th goal with 18 seconds to go, matching Svechnikov for the team lead.

The Hurricanes went ahead to stay in the first when they turned a Blackhawks turnover into a 2-on-0 break the other way. Necas got a pass from Niederreiter and beat Robin Lehner for his fifth of the season at 14:24.

Svechnikov made it 2-0 when his slap shot went off the stick of Chicago defenseman Brent Seabrook and past Lehner 53 seconds into the second.

Niederreiter then used a sweet backhand move to make it a three-goal lead for Carolina at 11:54 of the second. It was his first goal since Nov. 1 and his third on the year.

NOTES: Hurricanes D Dougie Hamilton was shaken up after he blocked a shot by former teammate Calvin de Haan in the first. He went to the locker room, but returned later in the period and picked up an assist on Niederreiter’s goal. ... Kane had scored in six straight games. ... Hurricanes F Erik Haula was scratched because of a knee injury. Haula was sidelined for four games before playing in the first two games on Carolina’s trip. He has eight goals and three assists in 16 games in his first season with the Hurricanes.