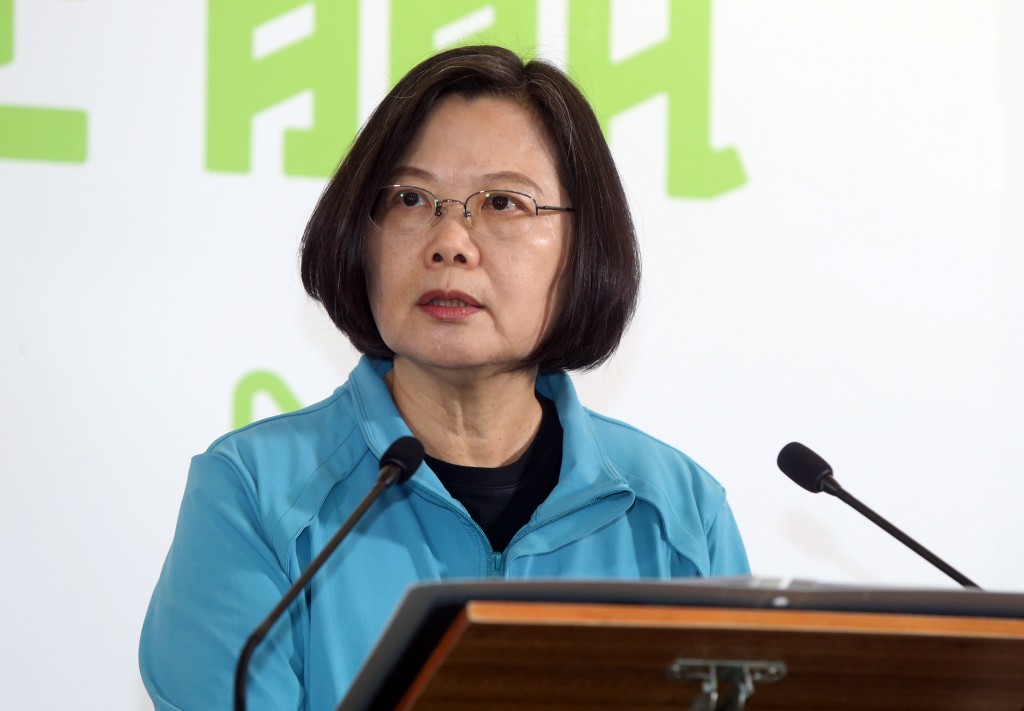 On Tuesday afternoon, Tsai and former Premier William Lai (賴清德) formally registered as the presidential and vice-presidential candidates of the Democratic Progressive Party (DPP). During a press briefing following the registration, a reporter asked Tsai what her response was to the news that a Chinese aircraft carrier had steamed through the Taiwan Strait on Monday (Nov. 17).

Tsai added that "As a big country, China must shoulder the responsibility of maintaining regional peace and stability in the international and regional context." Tsai did not directly respond to Monday's incident but reiterated that "China's interference in Taiwan's elections exists and is something that happens every day," according to the report.

In response to news that a Taiwanese high school student had been arrested at Hong Kong Polytechnic University that day, Tsai said that Taiwan's Mainland Affairs Council (MAC) is making every effort to provide her with the best protection. "She has her human rights, and I hope that through our efforts, whether it is to appeal to the Hong Kong government or judiciary, we will make every effort to ensure her basic rights and interests."