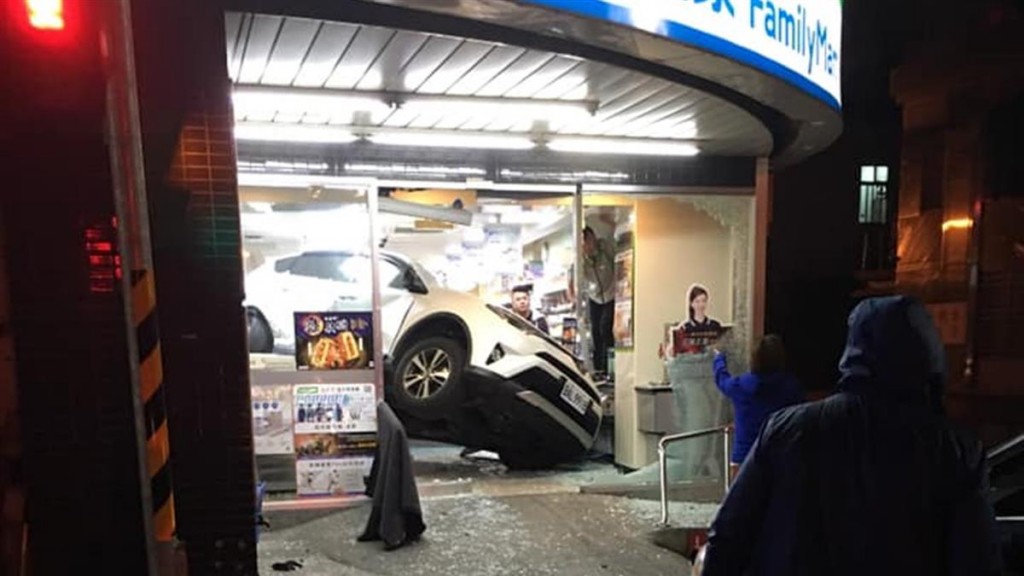 TAIPEI (Taiwan News) — An SUV was sent hurtling into a FamilyMart convenience store after it was struck by a vehicle running a red light in northern Taiwan's Taoyuan City early Wednesday morning (Nov. 20).

At 2 a.m. on Wednesday morning, a female driver behind the wheel of a black SUV failed to notice a red light at the intersection of Fuxing Road and Yushan Street in Taoyuan City, reported ETtoday. As she blew through the red light, her vehicle slammed into a white SUV, sending it caroming toward a FamilyMart. Fortunately, the clerk on duty happened to be away from the counter at the time of the accident. The crash left shattered glass strewn in all directions and the metal frame of the store's front entrance badly mangled.

According to a preliminary investigation by police, the black SUV ran through a red light and collided into the white SUV, which had the right of way, causing the latter to ricochet out of control into the store, reported UDN. While holding her pet dog and quivering in fear, the driver of the black SUV confessed to police that she had been driving home from work and out of fatigue had failed to notice the red light.

At the time of the accident, there were four passengers in the black vehicle, two of whom required medical treatment. Meanwhile, the driver of the white vehicle only suffered minor injuries from the crash. Netizens were shocked and awed by the powerful crash:

"This is too dangerous! The car flew too far."

"With a car in hand, the power is infinite."

"This is an expert."

"The concept of a drive-through FamilyMart." Police are currently investigating the exact cause of the accident by reviewing surveillance camera footage. 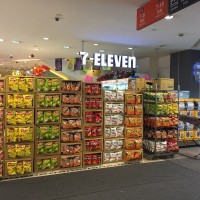