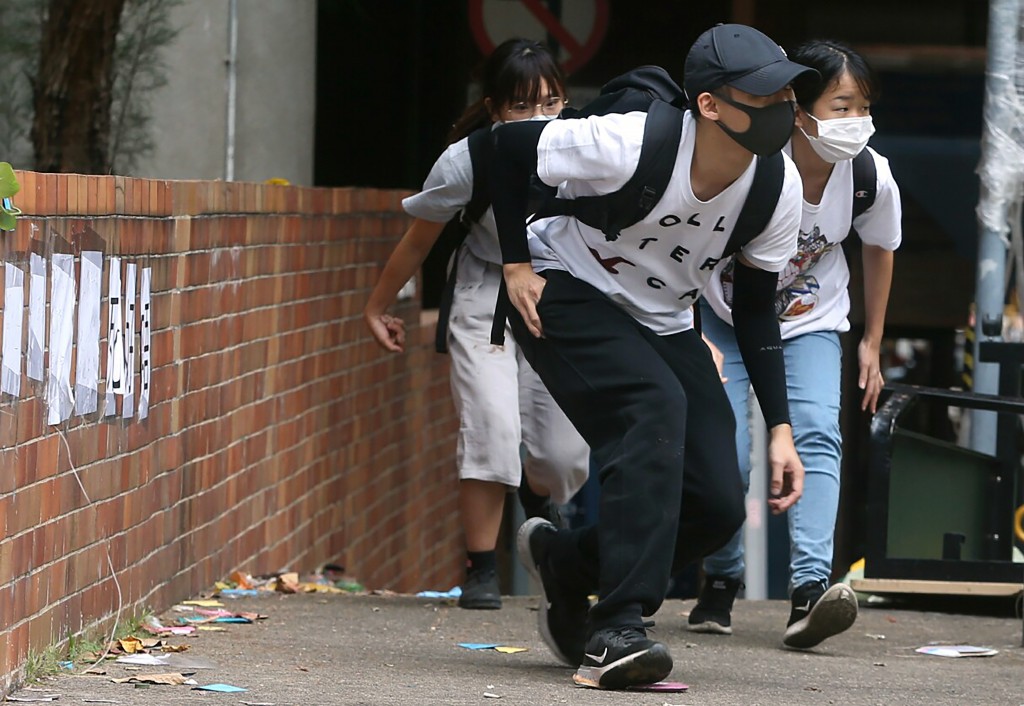 BEIJING (AP) — Criticism from China’s rubber-stamp parliament of a Hong Kong court decision is raising concerns that Beijing may move to flex its legal muscles and overrule the verdict.

That’s laying bare the limits of the “one country, two systems” framework under which Hong Kong is granted a “high degree of autonomy” by Beijing, threatening the independence of the territory’s judiciary and tightening Beijing’s political control — fears that have helped fuel the nearly 6-month-old protest movement in Hong Kong.

A statement Tuesday from the National People’s Congress’ Legislative Affairs Commission said some deputies had expressed “strong dissatisfaction” with the Hong Kong court’s ruling, which struck down a ban on face masks at protests.

Pro-Beijing figures had strongly urged the ban, which was imposed last month after Hong Kong Chief Executive Carrie Lam invoked emergency powers under a 1922 British colonial-era statute that allowed her to circumvent the Legislative Council.

Laws already on the books, such as the “Emergency Regulations Ordinance,” were included in the territory’s legal code after the 1997 handover from British colonial control unless otherwise ruled out by the NPC.

However, Tuesday’s statement said the court’s decision “seriously weakened the rightful administrative powers” of Hong Kong’s leader and doesn’t conform with either the territory’s mini-constitution, known as the Basic Law, or the NPC’s decisions.

The commission said, “We are currently studying opinions and suggestions raised by some NPC deputies.”

The hint that Beijing may move to overrule the decision could fuel further protests. The court ruled Monday that the mask ban infringes on fundamental rights more than is reasonably necessary for the furtherance of its goals. It was aimed at preventing anti-government protesters from hiding their identity to evade arrest but has been widely disregarded.

China ruling Communist Party thoroughly rejects the concept of an independent judiciary or a Western-style separation of powers, putting it at fundamental odds with Hong Kong’s legal system based on British and American law. Chinese leaders wanting to end violence and restore law and order in Hong Kong have emphasized the need for Lam’s administration, the legislature and the judiciary to work in unity toward that goal.

The NPC statement also reiterated the right of its Standing Committee to supersede Hong Kong courts in deciding the constitutionality of the territory’s laws under the Basic Law.

“No other authority has the right to make such judgments or decisions,” said the statement, which quoted the spokesman for the NPC Standing Committee’s Legislative Affairs Commission, Zang Tiewei.

That could mean the NPC is placing any number of laws “outside the purview of constitutional review by the courts of Hong Kong,” the blog NPC observer said in an analysis of the statement.

“This would be an outcome no less troubling than a wholesale abrogation of Hong Kong court’s power of constitutional review,” the blog said.

Beijing-based lawyer Zhang Dongshuo echoed such concerns, pointing out the NPC had never before issued an opinion on the Emergency Regulations Ordinance.

“If Hong Kong’s system of judicial ‘checks and balances” cannot be retained, then how is the idea of a ‘high degree of autonomy’ to be reflected,” Zhang said in emailed comments.