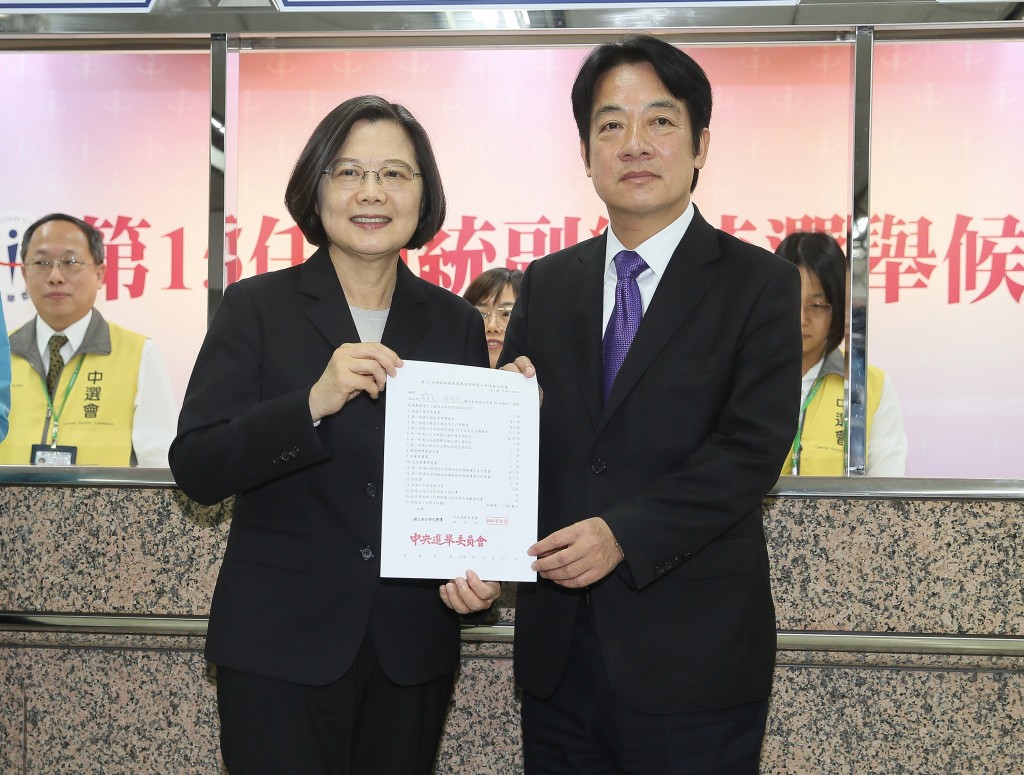 The election is a testimony to Taiwan’s being a democratic country where political parties compete freely with one another and people are allowed to vote for their president and vice president, said Tsai after completing the registration process at the Central Election Commission. The president stressed that in view of “the deteriorating situation in Hong Kong” and “China’s interference in Taiwan’s elections,” their registration served a special meaning.

Tsai did not elaborate on the “meaning,” but the independence-leaning party has campaigned on having the capacity to safeguard the country in defiance of Beijing and has criticized its major rival, the Kuomintang, for their pro-China policies and lenient attitude toward China’s military and diplomatic hostility toward the island country.

The Tsai-Lai ticket was formally formed last Sunday, hours before Tsai’s presidential campaign headquarters opened in Taipei. Lai told local media on Tuesday that he and the president would soon conceive policies based on the existing foundation the Tsai government has built over the last three years, further benefiting the people.

Lai reiterated that his current responsibilities include assisting Tsai in getting reelected and helping the DPP obtain a legislative majority in the elections next January.

With regard to KMT presidential candidate Han Kuo-yu’s (韓國瑜) remark that Lai has publicly advocated Taiwanese independence, which is strongly opposed by Beijing, Tsai did not give a direct response but said sternly that Taiwan is a country with 23 million people and has its own sovereignty, government, democratic system, and defense capabilities.