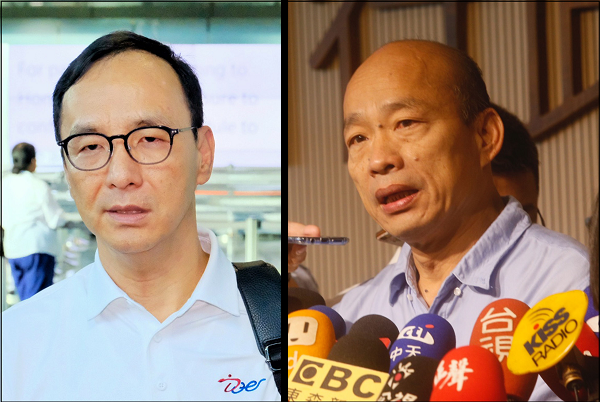 Chu has acknowledged having some sort of “consensus” with Han, adding that he would respect Han’s arrangements regarding the presidential campaign, reported UDN on Tuesday (Nov. 19). Han has also said he would make the announcement “at an appropriate moment.”

Following the disclosure of the KMT’s legislators-at-large list last week, the party chair, Wu Den-yih (吳敦義), has come under fire and his chances of being tapped as Han’s campaign manager are low. After a meeting with Han last Saturday, Chu has decided to take up the responsibility, the report said.

Wu has defended the party list, on which he is also a nominee, as “fair” and “open,” despite admitting seeing a backlash among KMT supporters. While openly criticizing the list on Sunday, Chu nevertheless urged KMT supporters to unite together in the presidential and legislative elections, which will be held in less than two months.

Critics and opposition parties have castigated the KMT for selecting “pro-unification” individuals and a retired police officer who supports the beleaguered Hong Kong police force’s handling of the months-long protests. Even though the party has revised the list slightly in response to the widespread criticism, a number of controversial figures remain, and there are also internal complaints about a lack of representation of young people and minority groups.