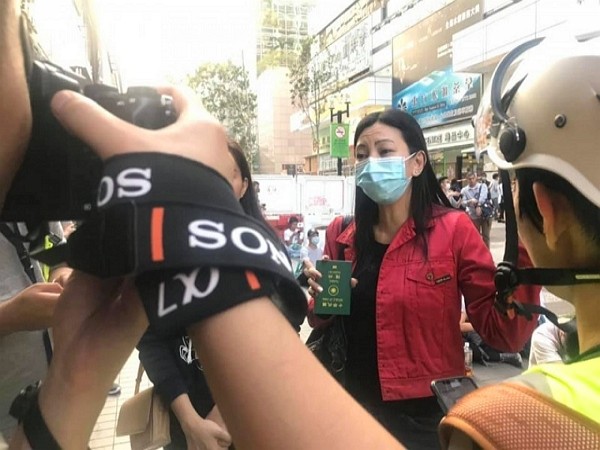 TAIPEI (Taiwan News) — As clashes between protesters and police continue to intensify in Hong Kong, a Taiwanese high school student appears to be trapped inside the Hong Kong Polytechnic University (PolyU) as police besiege the fortified campus.

According to CNA, an 18-year-old Taiwanese girl surnamed Tai (戴) called her mother from her cell phone on Sunday (Nov. 17) and said she was afraid the police would arrest her once she left the campus. Her family has reached out to Taiwan's Mainland Affairs Council (MAC) for assistance.

Tai's mother told reporters that her daughter has been trapped inside PolyU for over 17 hours and that her biggest concern is whether Tai has been injured. She added that Tai had not participated in the Hong Kong protests and was merely a passerby when police began escalating their use of force, using tear gas to disperse the protesters, reported Liberty Times.

Tai's mother also questioned whether police had overstepped their bounds by luring student protesters out of PolyU before arresting them. She said her daughter was hesitant to leave the campus because so many who had left the school have been arrested on a rioting charge.

The MAC said it has managed to reach Tai and reminded her to stay away from clashes. The council said Tai remained out of imminent danger for the time being, but due to the ongoing stand-off between riot police and protesters, all entrances into PolyU have been blocked.