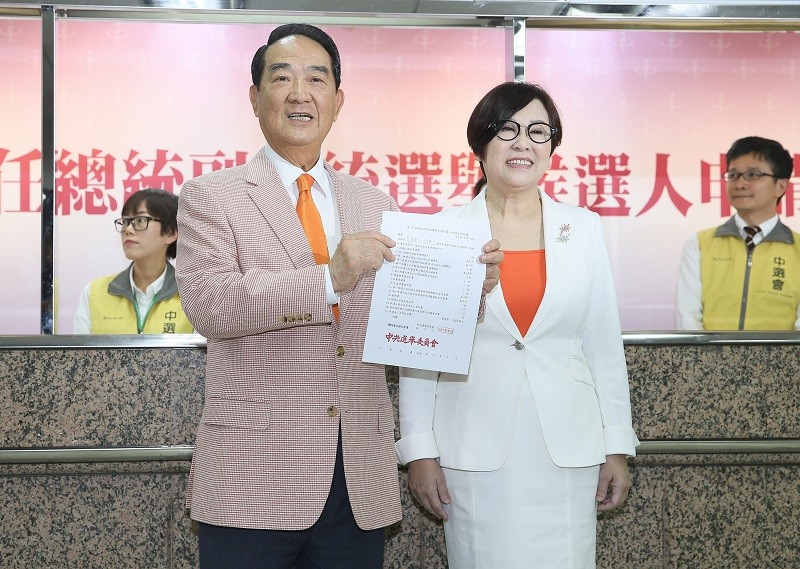 Soong registered with running mate Yu Hsiang (余湘), former president of the advertising firm United Communication Group. Registration came about a week after he first announced his decision to join the presidential race.

According to the National Policy Foundation, it’s Soong’s fourth time to run for president. A large crowd of party members showed up at the CEC to show their support, the news agency said.

After registration, Soong told the media it was the “last mile” of his election career, which spans 44 years. He added that Yu and himself would campaign happily and fight for solutions to the economic issues that Taiwanese are concerned about.

When asked about a poll conducted by a media organization showing the Soong-Yu ticket has garnered 8 percent of the vote, putting it in third place, Soong said this showed support was growing. Initial support for the PFP was just 1 percent.