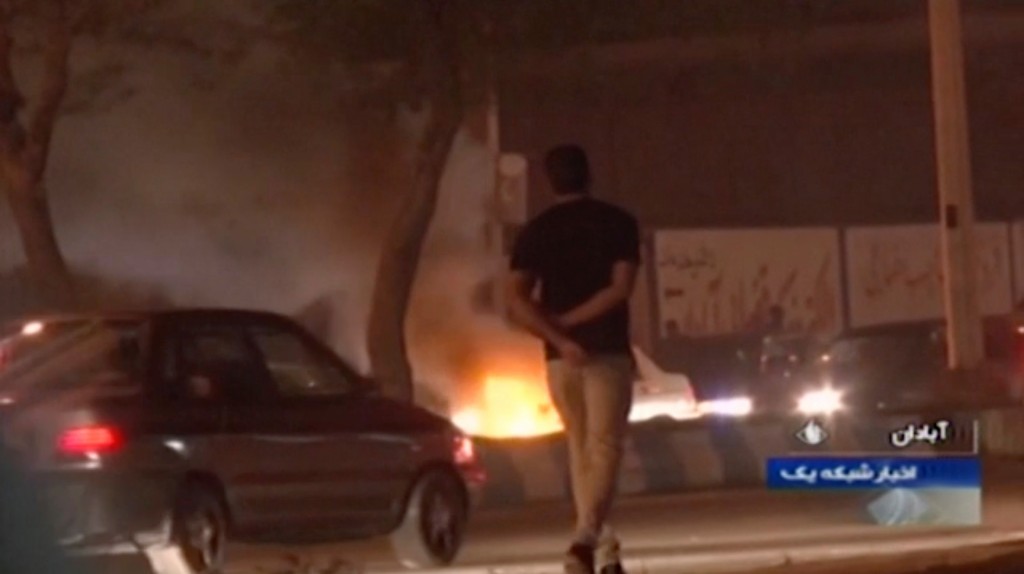 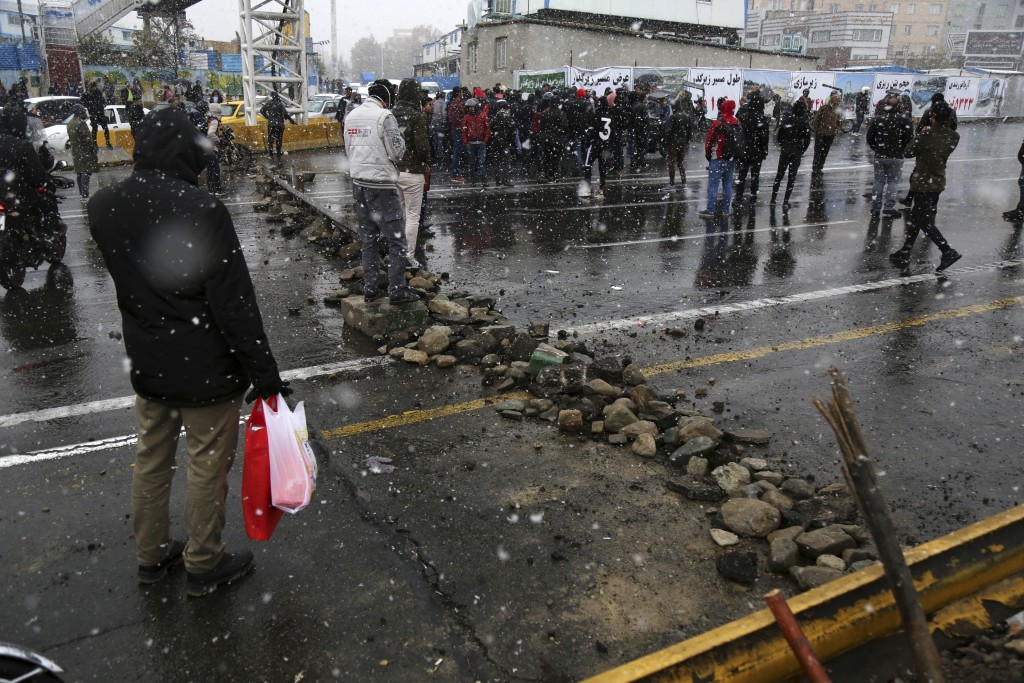 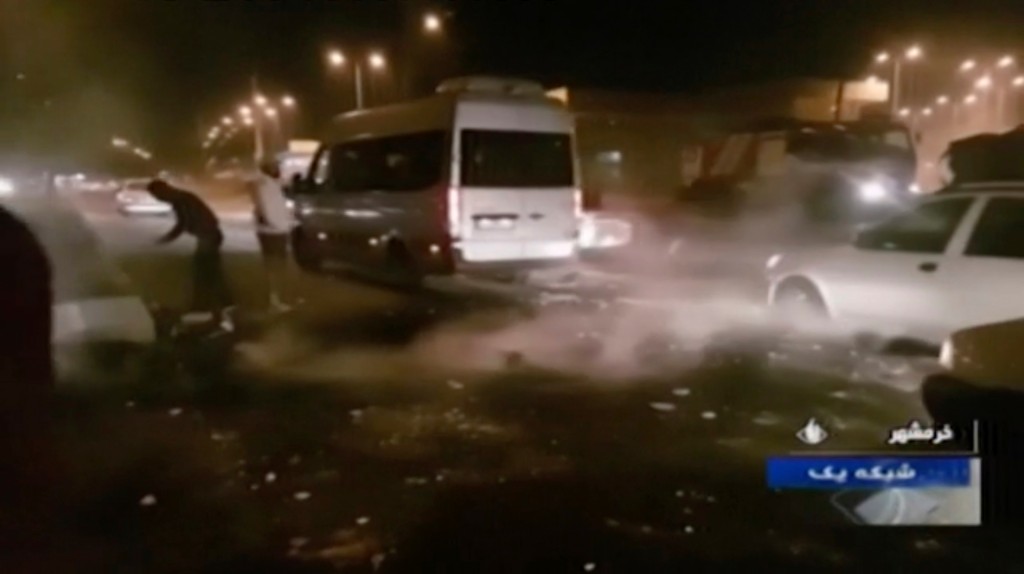 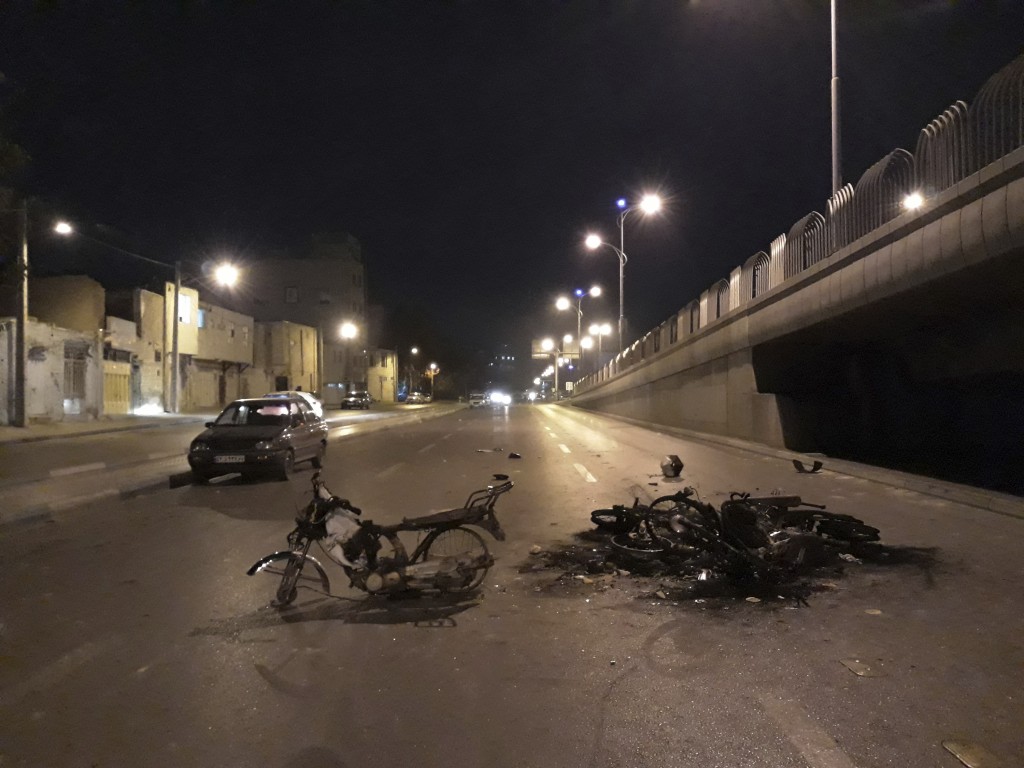 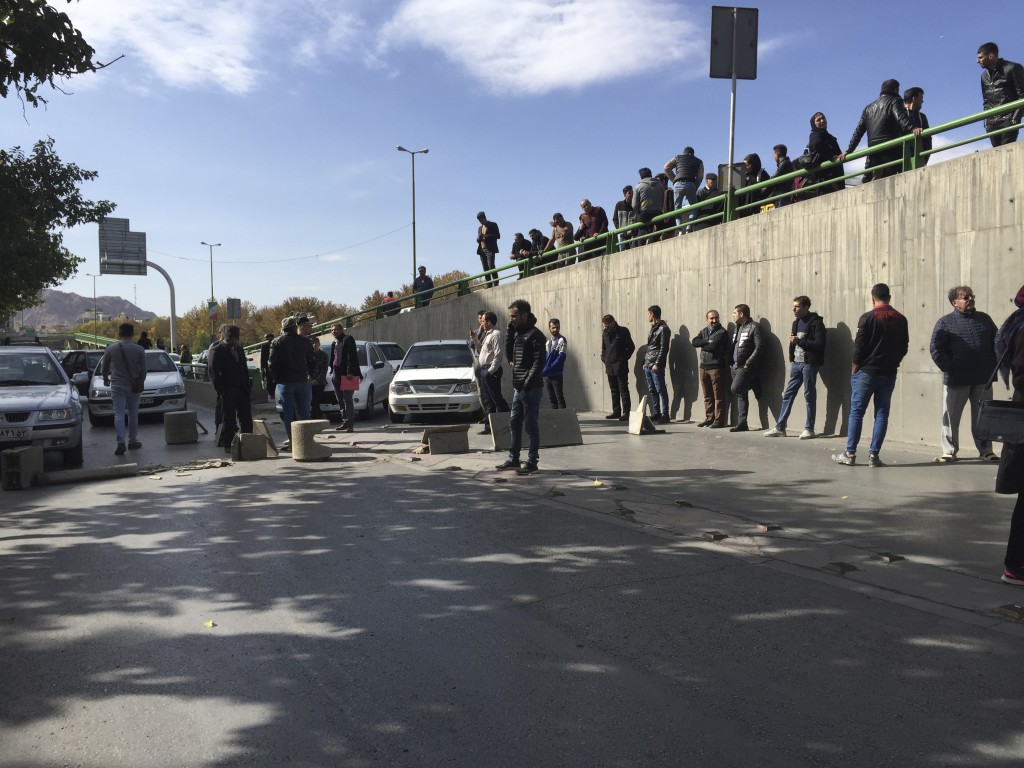 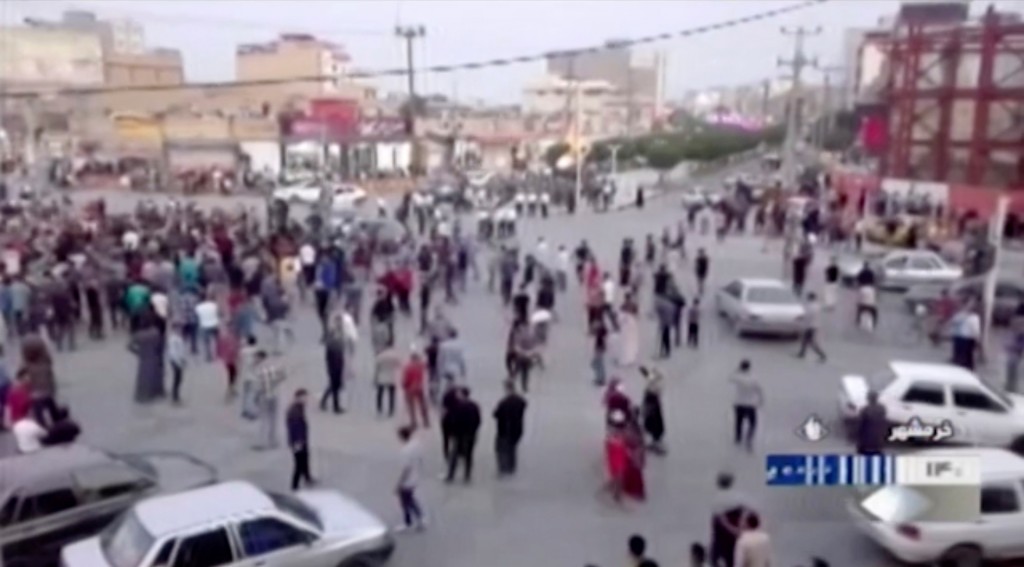 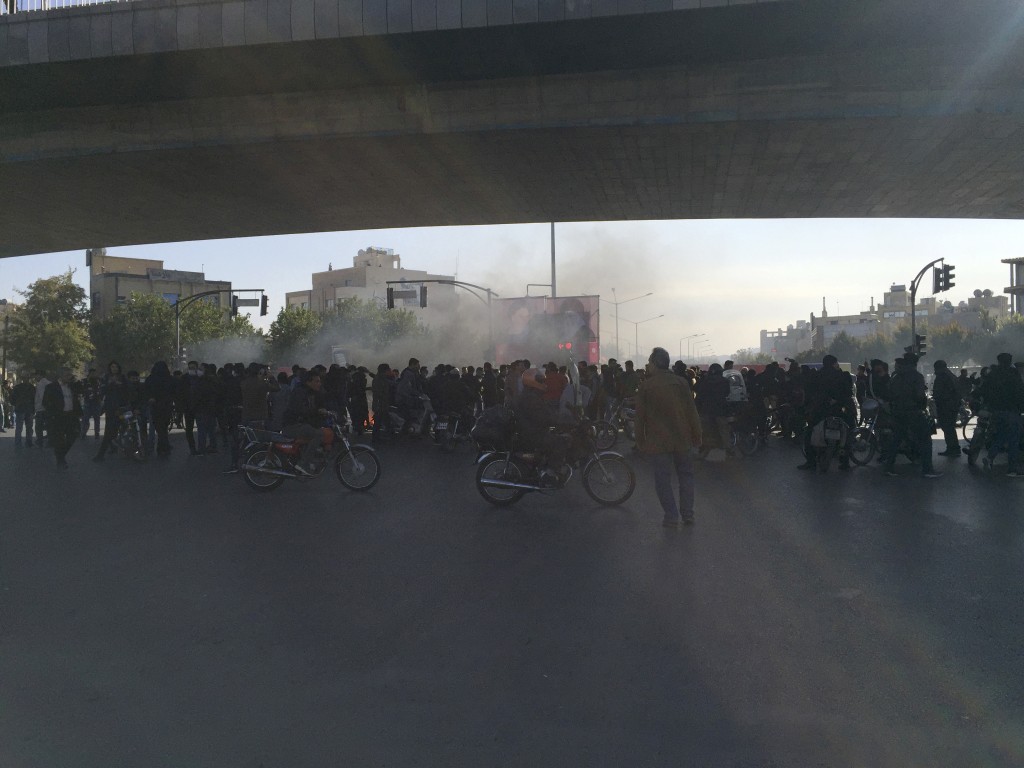 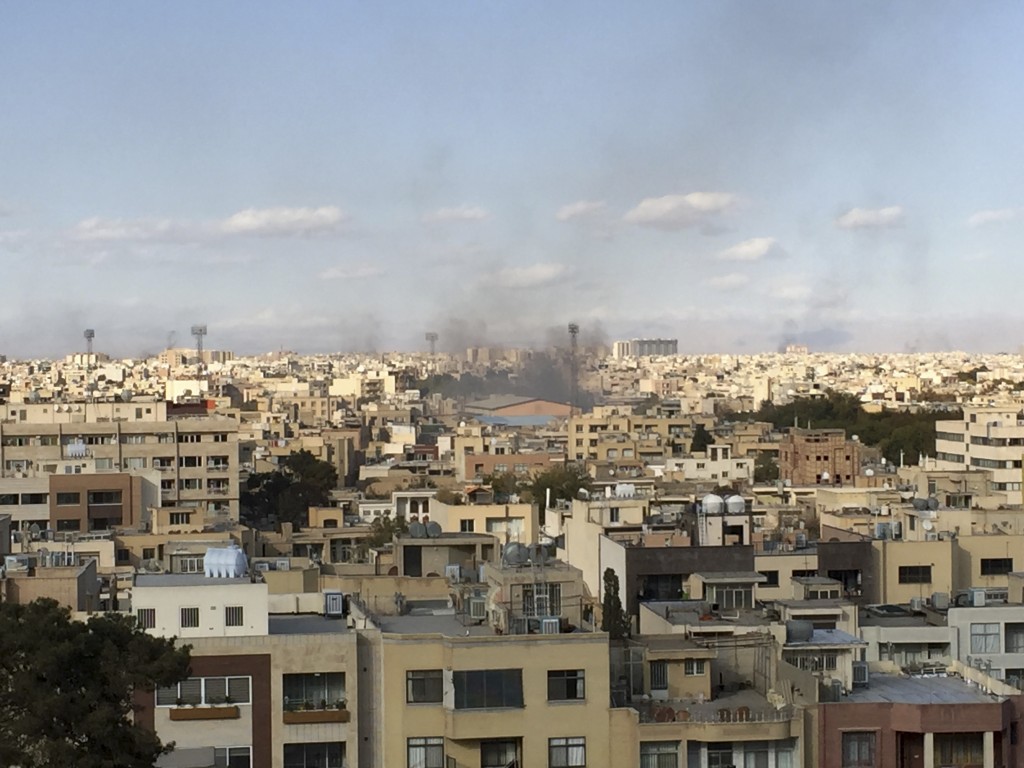 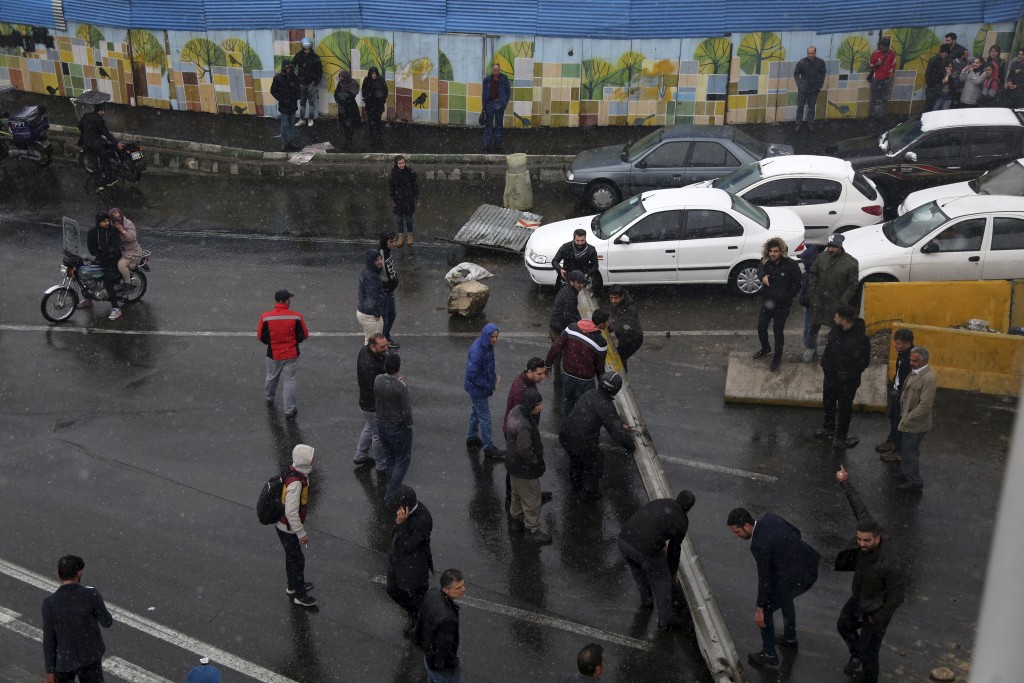 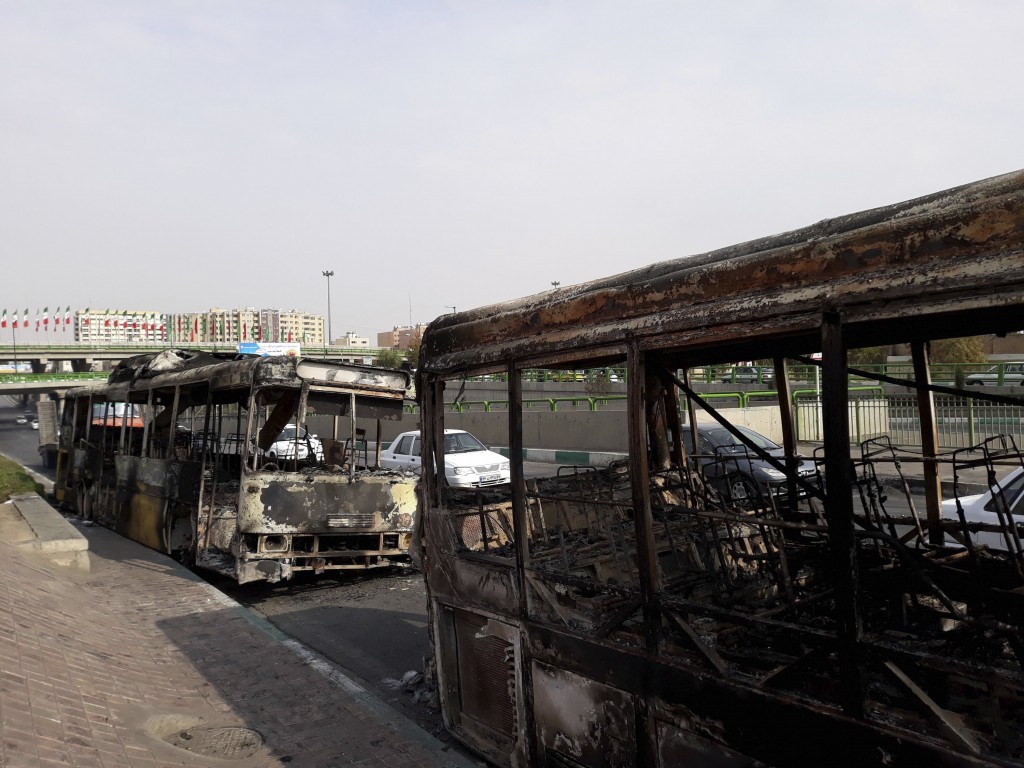 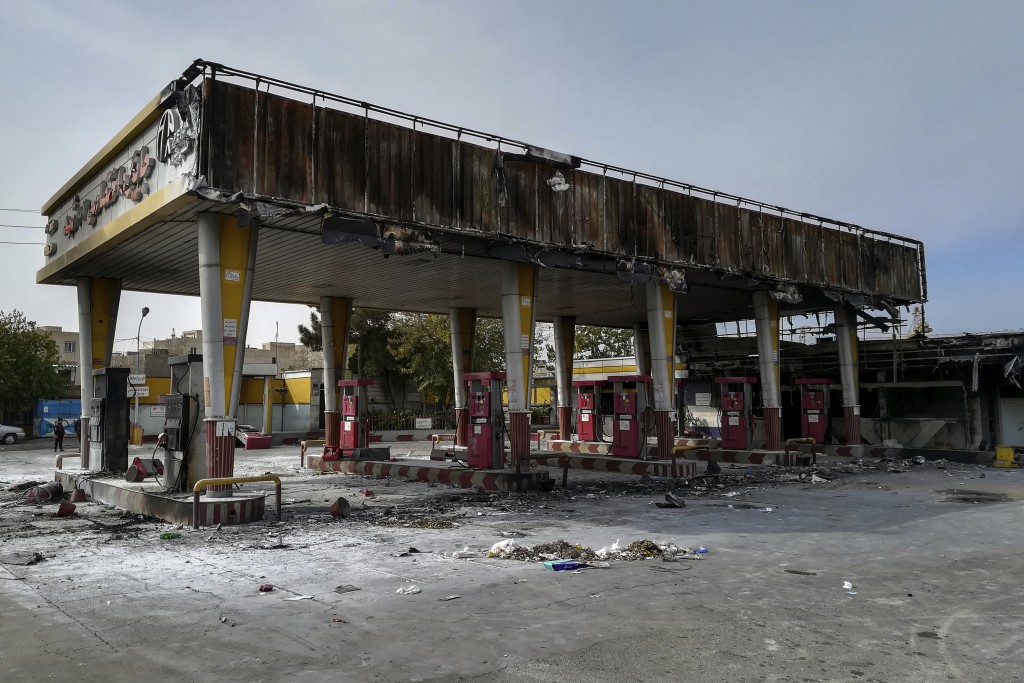 DUBAI, United Arab Emirates (AP) — Protests over gasoline prices have swept across some 100 cities and towns in Iran, turning violent faster than widespread economic protests in 2017 and rallies over the country’s disputed 2009 presidential election.

The scale of the unrest that began on Friday remains unclear as authorities have shut down the internet across this nation of 80 million people.

Prior to that, online videos purported to show people abandoning their cars on major highways and marching on city centers. Demonstrations devolved into violence as rioters set fire to gas stations, attacked banks and robbed stores.

And though some protest chants directly challenge Iran’s Shiite theocracy, its government has the manpower — and experience — to quickly put down demonstrations.

PUTTING OUT FIRE WITH GASOLINE

The International Energy Agency estimates that Iran spent more than any other nation in the world to subsidize fossil-fuel costs in 2018 — $69 billion in total. Over $26 billion went toward oil subsidies, the IEA said.

Even with those hikes, Iran remains one of the cheapest places in the world to buy gasoline. A gallon of regular unleaded gasoline costs on average $2.59 in the U.S., according to AAA.

Since the price hike, demonstrators have abandoned cars along major highways and joined mass protests in the capital, Tehran, and elsewhere. Some protests turned violent, with demonstrators setting fires as gunfire rang out.

It remains to be seen how many people were arrested, injured or killed. Iranian authorities on Sunday raised the official death toll in the violence to at least three. However, that figure may be low. Videos from the protests have shown people gravely wounded.

The semiofficial Fars news agency, close to the country’s Revolutionary Guard, reported Sunday that demonstrators had ransacked some 100 banks and stores in the country. Authorities arrested some 1,000 people, Fars reported, citing unnamed security officials for the information.

Part of the reason it remains difficult to know what’s happening in Iran is because authorities have shut down access to the internet. Since late Saturday night, access went from worse to nonexistent across the nation. That stopped the spread of online videos of the demonstrations and affected the ability of protesters to share information.

The group NetBlocks, which monitors worldwide internet access, said connectivity had fallen to just 7% of ordinary levels. It called Iran’s shutdown the most severe “in terms of its technical complexity and breadth.” The internet firm Oracle called it “the largest internet shutdown ever observed in Iran.” Some local websites, like those of state media outlets, remains accessible, but Iran’s window to the outside world largely has closed. The Trump administration has criticized the shutdown.

Iran has suffered economic problems since its 1979 Islamic Revolution cut off its decades-long relationship with the U.S. Its eight-year war with Iraq in the 1980s followed, further straining the economy. While its oil industry remains a lifeline for government revenues, sanctions have long affected its ability to work on improvements and upgrades to keep production high.

The collapse of the nuclear deal has exacerbated those problems ever since President Donald Trump unilaterally withdrew America from the accord over a year ago. The Iranian rial, which traded at 32,000 to $1 at the time of the accord, now trades around 123,000 to $1. That has destroyed people’s savings, forcing them to invest in physical assets or real estate. Iran has since begun breaking terms of the deal as it tries to force Europe to come up with a way to allow it to sell crude oil abroad despite American sanctions.

It appears that Iran’s government is preparing to crackdown on the demonstrators. State television has begun airing segments focusing on violent attacks in the protests.

Supreme Leader Ayatollah Ali Khamenei made a point to refer to “thugs” in comments he made Sunday to try to calm the public.

Iranian authorities have had much experience in dealing with public unrest, whether in student protests that swept Iran in 1999, the Green Movement demonstrations that followed widespread allegations of vote rigging in Iran’s 2009 presidential election or the economic protests that began at the end of 2017.

Because of that, the U.S.-based private intelligence firm Stratfor notes Iran has developed tools like security force crackdowns and information control. “This makes it unlikely that the fuel protests will grow to the point of upending the Iranian political environment,” it said.