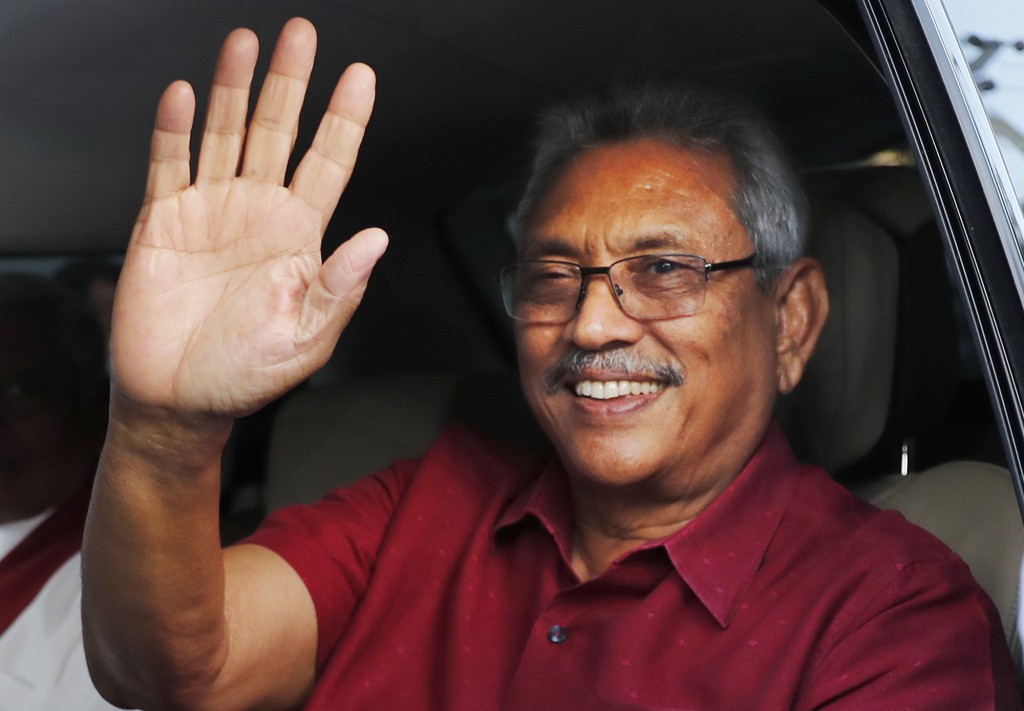 COLOMBO, Sri Lanka (AP) — Former defense official Gotabaya Rajapaksa has been sworn in as Sri Lanka’s president and appealed to the minority Tamil and Muslim communities who voted against him to rally around him.

Rajapaksa is credited with helping to end a long civil war and comfortably won last Saturday’s presidential election. But minorities feared his election over human rights allegations against him dating from the war.

In his address to the nation Monday, he also pledged to give national security priority and follow a neutral foreign policy.