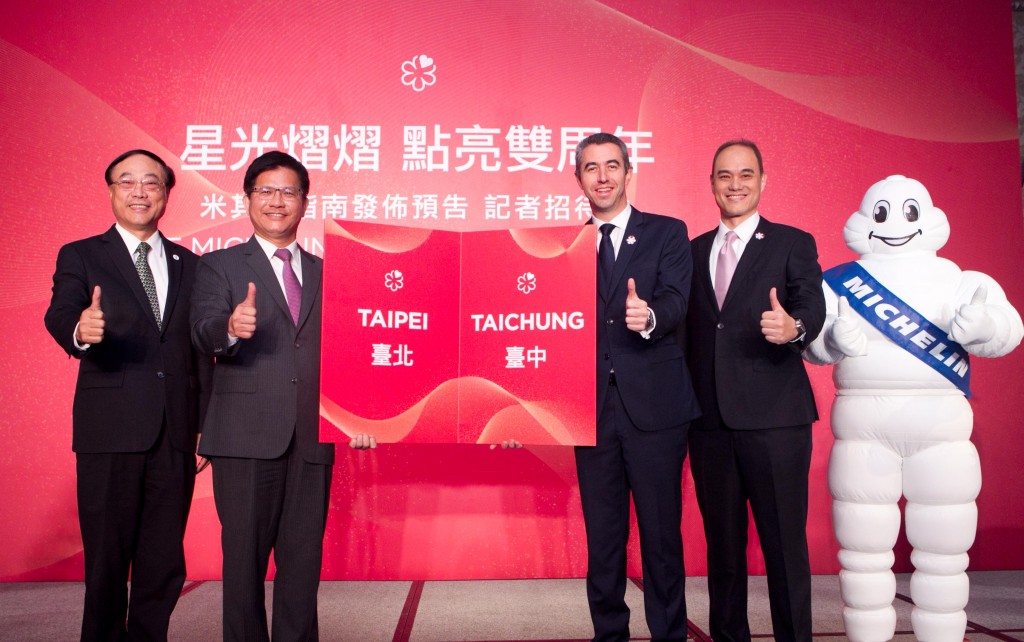 2020 The Michelin Guide will include “Taichung”, the city which diversified Culinary Culture. The very first “Michelin Guide Taipei And Taichung” that combines the charms of both cities will be introduced to the public. Nicolas Achard, Managing Director of Michelin Food & Beverage Asia said: “During the past two years, the Michelin Guide has discovered that there are many cities with gourmet potential in Taiwan aside from Taipei. With the bigger scope of the 2020 Michelin Guide and Selections, we look forward to showing the world the beauty of Taiwanese food.”

The Michelin Guide introduces each country’s special cuisine which also represents the country’s rich food culture. Since its first edition in 2018, Taipei is the 31th destination to have the Michelin Guide, following the big cities of Paris, New York, and Tokyo. The restaurants and chefs that were selected and those who successfully obtained Michelin stars have increased their status and reputation immeasurably.

The Michelin Guide Taipei has built a platform to showcase the food service of Taiwan to the world. Not only has it spread the fame of Taiwanese chefs, but the abundance of local produce has also drawn the attention of many internationally renowned chefs to pay a visit to the island and exchange knowledge and experiences. Chef of the 3 Michelin starred restaurant Alain Ducasse au Plaza Athénée, Alain Ducasse, once said during a visit to Taiwan: “Since Taiwan has so many natural, delicious, and nutritious ingredients, it definitely deserves the world’s attention.” Aisha Ibrahim, known as a future star chef, who once worked in the 3 Michelin starred Azurmendi Executive Chef, is also amazed by the sweetness, taste, and quality of Taiwan’s agricultural products. He even created a new menu using 90% local ingredients from Taiwan’. In the past two years, Taiwan’s overall food service industry has been thriving, attracting Michelin starred chefs and gourmet fans from all over the world to experience the local culinary culture as well as the charm of the country.

The Michelin Guide is optimistic about the development of Taiwan’s food service industry and thinks it has great potential. The scope of “The Michelin Guide 2020 Selection” will expand from the existing city of Taipei to “ Taichung”, hoping to show the world the abundant culinary culture that Taiwan possesses. Taiwanese food is renowned internationally and each city has its own special dishes and culinary culture. Through “The Michelin Guide”, Michelin is proud to introduce more unique Taiwanese cuisine, as well as restaurants and chefs with exceptional gourmet techniques.

“Taichung” is the second largest city in Taiwan, situated in the center of Taiwan’s transportation hub. In recent years, the city has made rapid progress and the food service industry has also been booming. “Taichung” has many local dishes that leave people impressed at first taste. The creativity of Taichung’s food and beverages might be described as the most inspiring in Taiwan. Local specialty dishes are very popular among both Taiwanese and foreigners. The famous Fengjia Night Market has approximately 1,800 food stalls and shops which accommodate all manner of Taiwanese food, creating an output value close to NT$10 billion each year. Taichung cuisine integrates with the best food in the world. With the advantage of many stylish restaurants, and restaurants filled with all types of overseas inspiration, the food and beverage opportunities in Taichung are truly incredible.