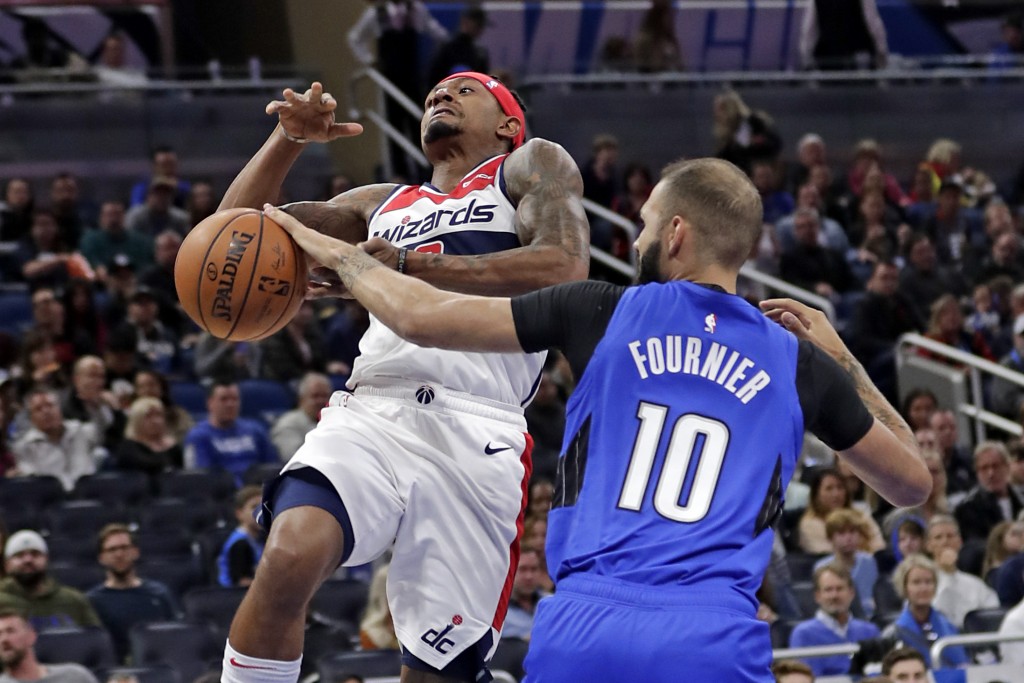 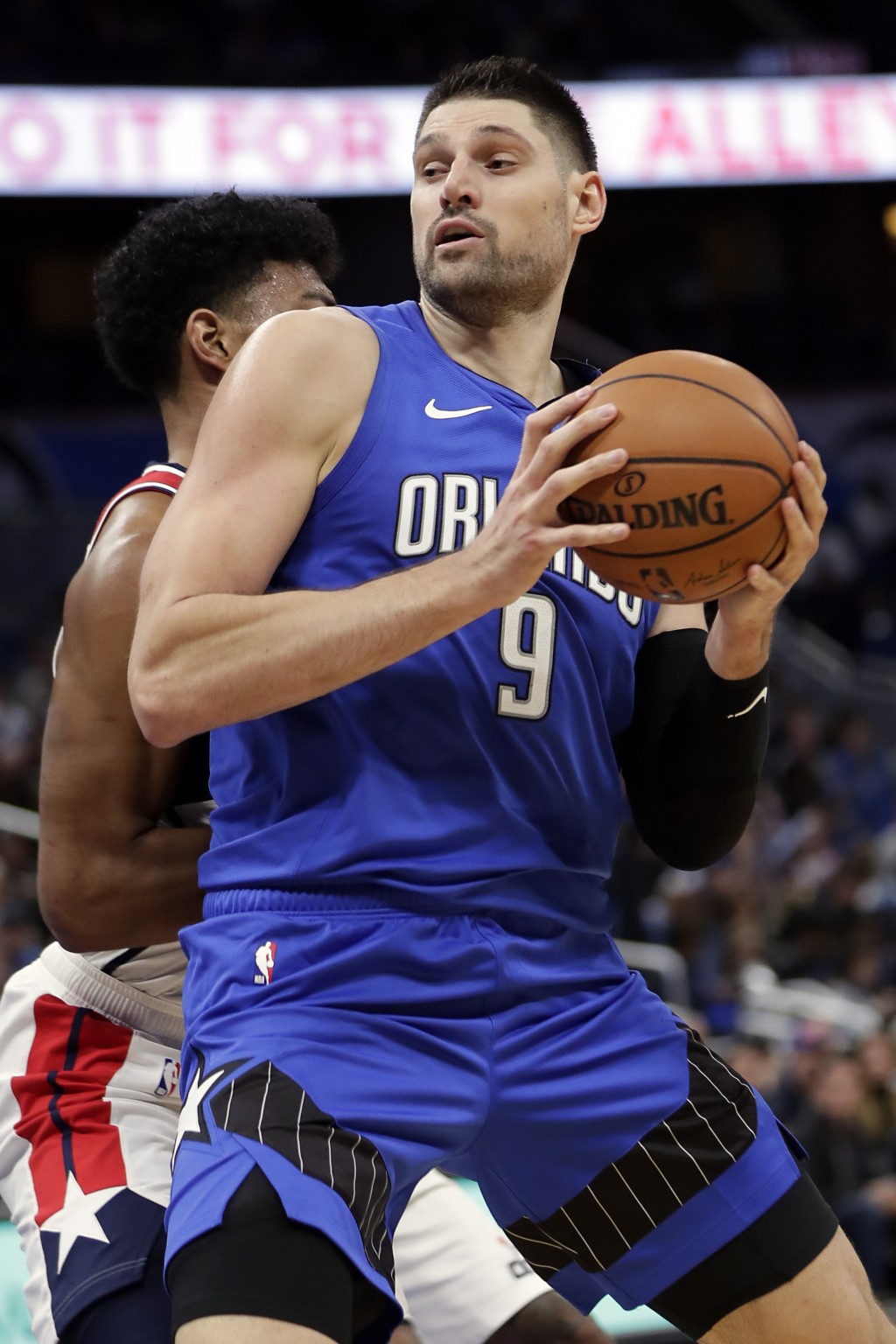 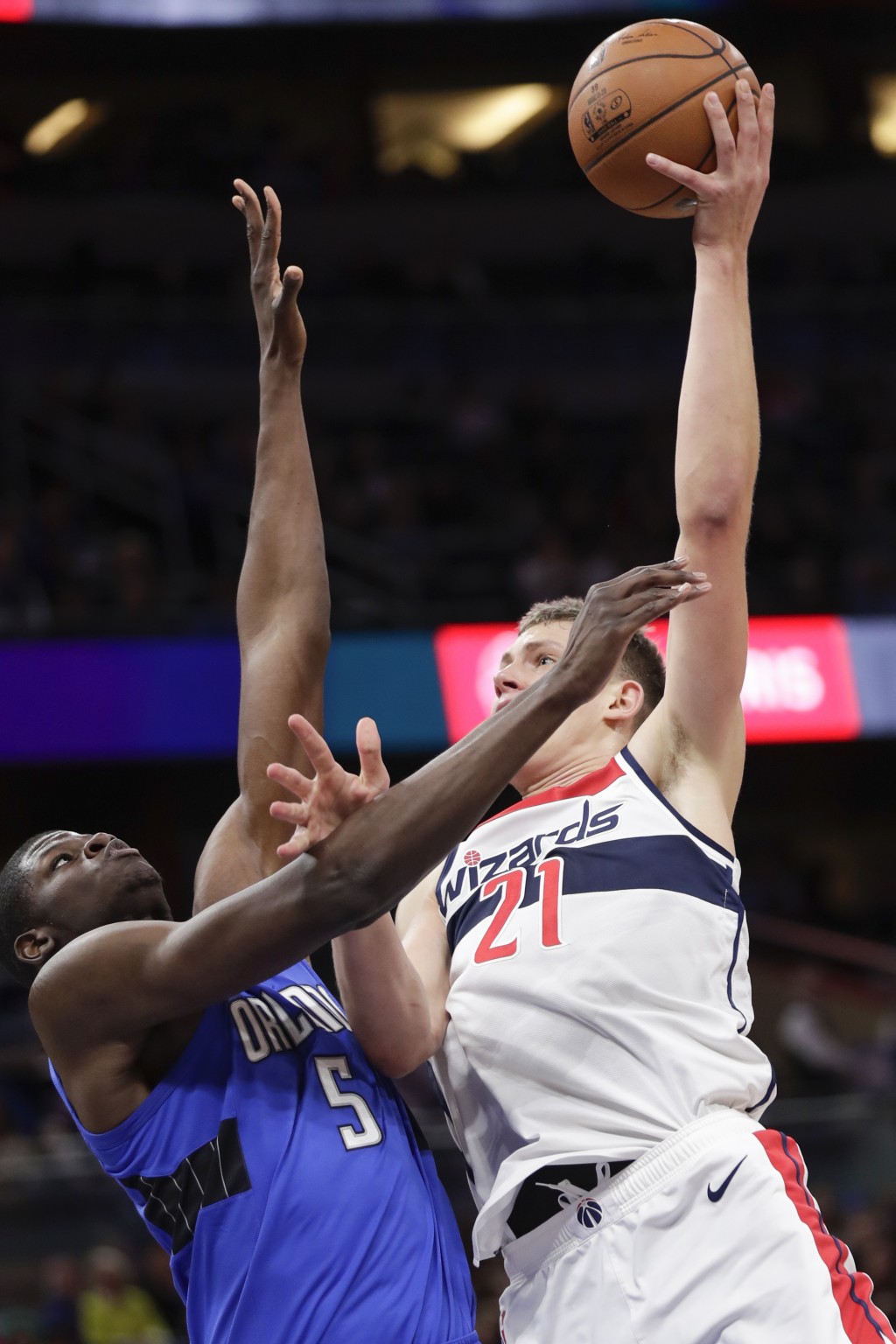 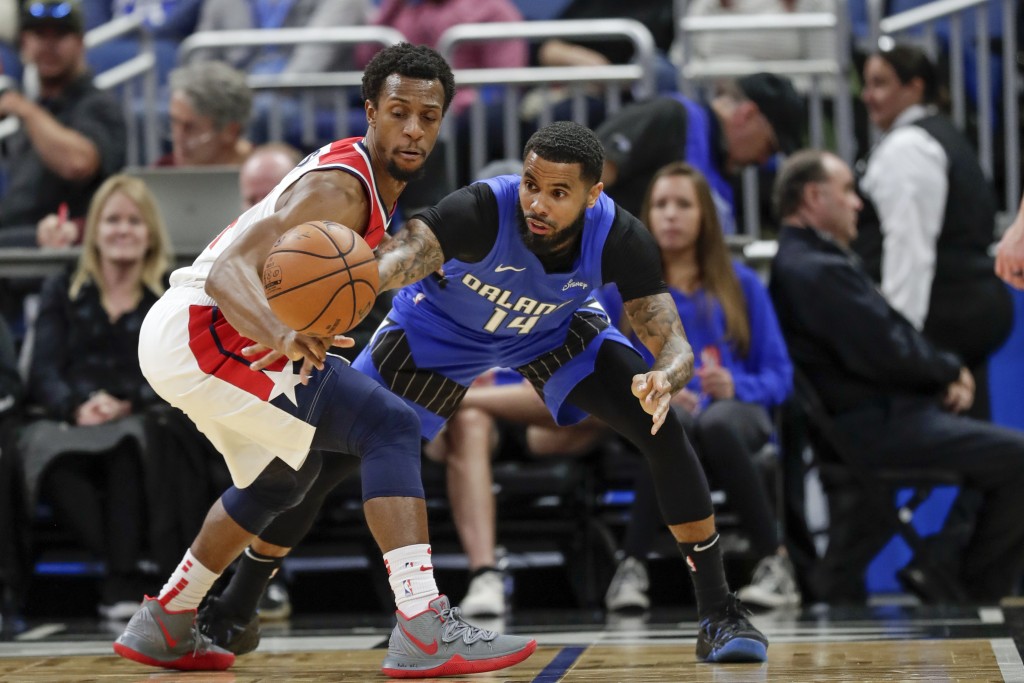 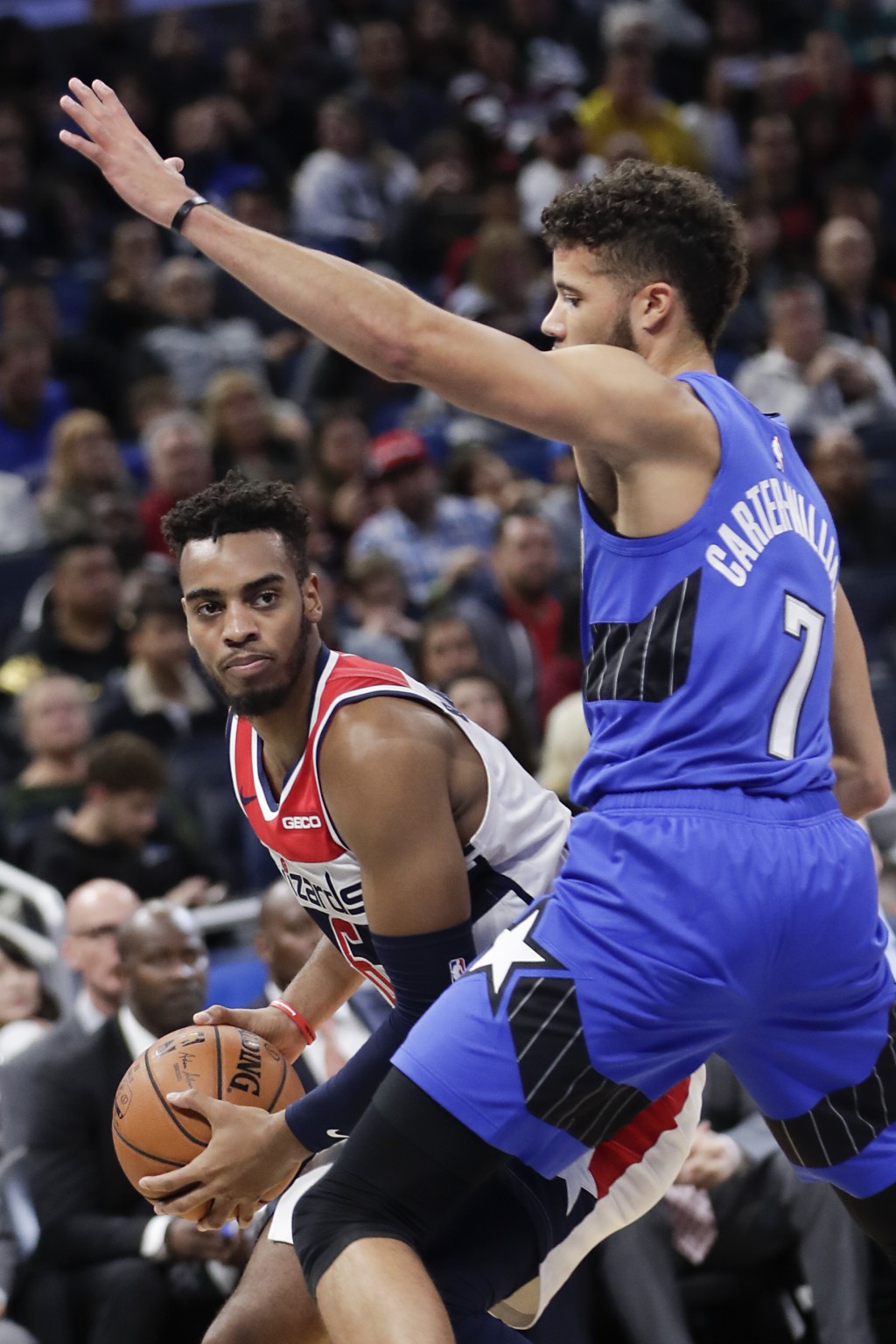 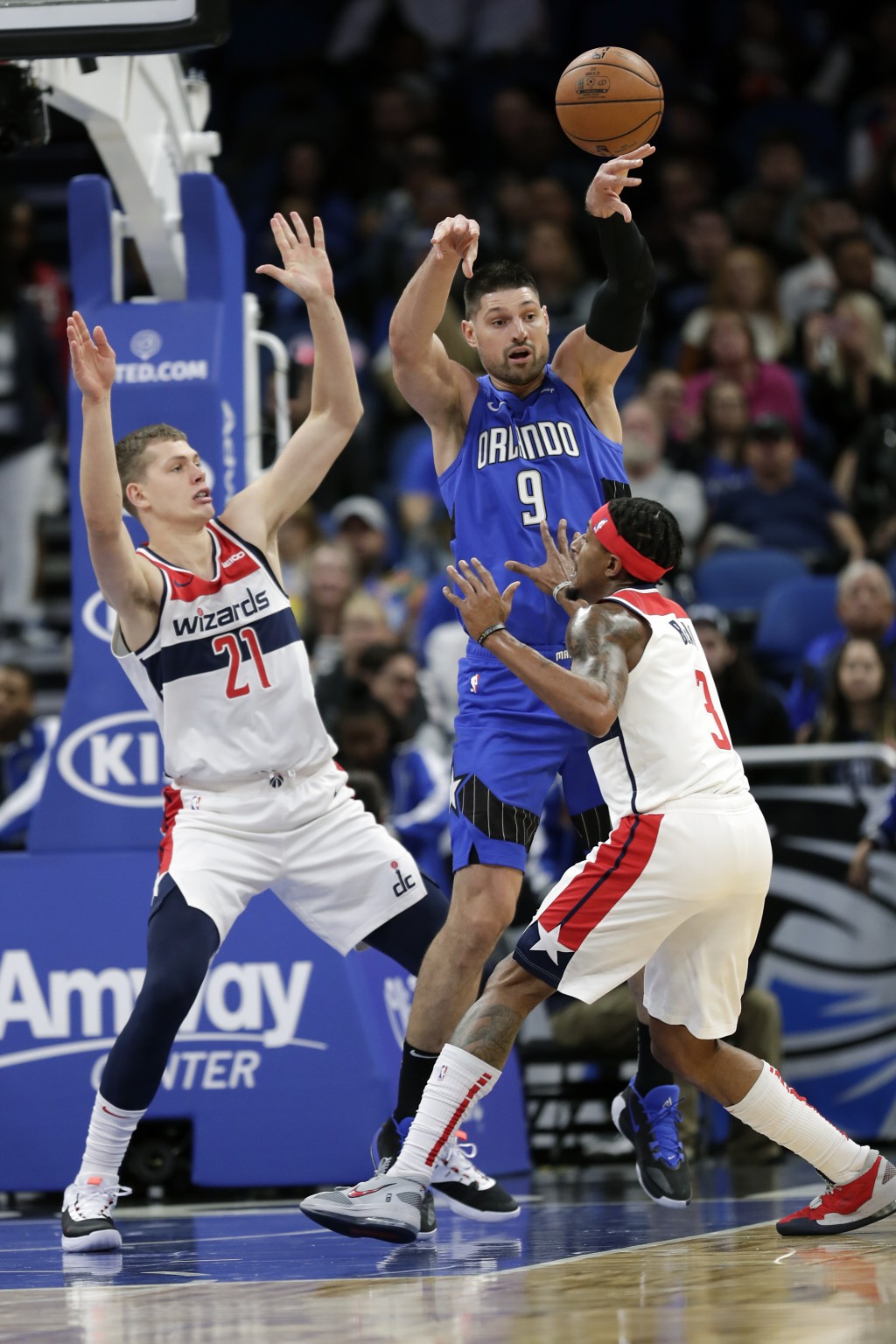 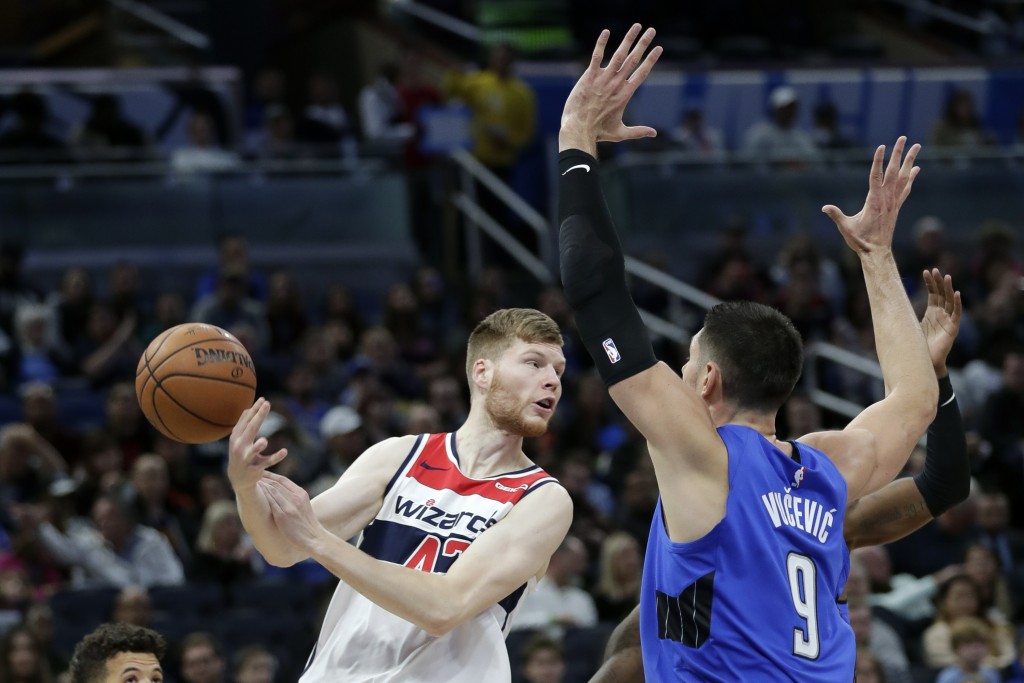 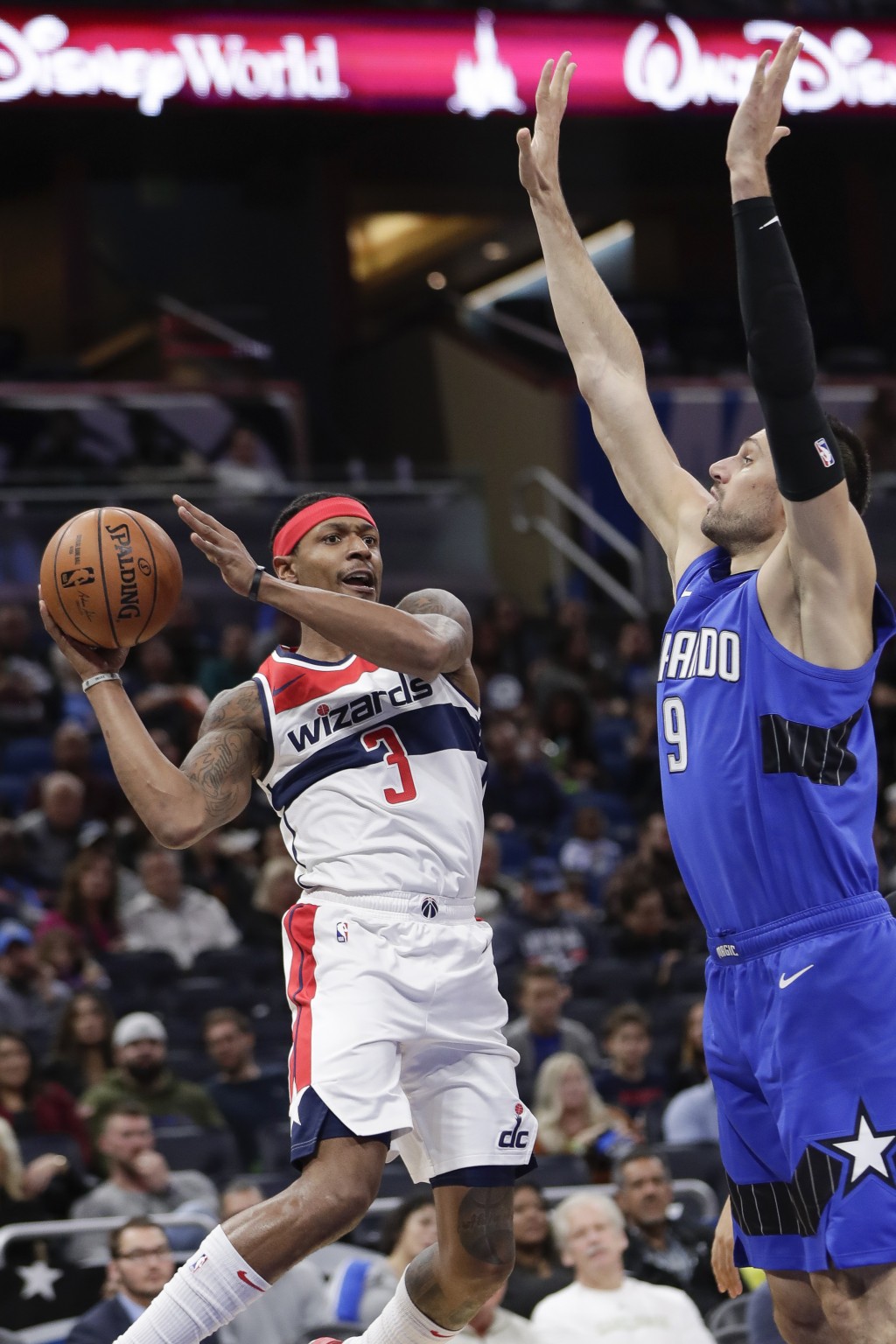 ORLANDO, Fla. (AP) — Nikola Vucevic had 30 points and 17 rebounds and Evan Fournier added 25 points and nine assists to help the Orlando Magic hold off the Washington Wizards 125-121 on Sunday night.

Bradley Beal had 34 points and eight assists for Washington. C.J. Miles had 21 points, and Davis Bertans 15. The Wizards have lost four of their last five.

Washington made 10 3-pointers in the fourth quarter, but couldn’t overcome a slow start and trailed the entire game.

With Orlando leading 119-116, Fultz stole a pass and was fouled by Bertans as he dunked with 36.1 seconds left. His free throw finished the three-point play and gave Orlando a six-point cushion.

Orlando had to hold off a frantic finish by Washington that saw the Wizards rally from an 18-point fourth quarter deficits. The Magic led 95-77 early in the fourth quarter, but stopped guarding the perimeter and Washington got back in the game.

Bertans drilled a 3-pointer to get Washington started on a 14-2 run that included two 3-pointers from Miles and another from Wagner. That cut the deficit to 97-91 with 7:26 left.

Ross was fouled by Wagner shooting a 3-pointer and made all three free throws. Vucevic and Fournier followed with back-to-back 3-pointers to finish off a 9-0 run and give Orlando a 106-91 lead.

Washington wasn’t finished. Beal made three straight 3-pointeers, the last one cutting the deficit to 117-116 with 1:01 to play.

Th Magic lost both backup point guards, D.J. Augustin (dislocated finger) and Michael Carter-Williams (hip), to injuries in the second quarter, but Fultz picked up the slack. The usually reluctant shooter hit all six field goal attempts, including a pair of 3-pointers for a season-high 14 points. Vucevic added 15 points and eight rebounds.

Wizards: Washington missed its first seven 3-point attempts. ... Beal limped away on his ankle after a drive to the basket in the first five minutes of the game but returned with no apparent ankle problem. ... Reserve C Moritz Wagner, who had a history-making 30-point, 15-rebound performance in his last game, followed it up with 12 points and three rebounds. ... C.J. Miles, who was 2 of 15 in his last three games, hit 6 of 10 shots to break out of a slump.

Magic: F Jonathan Isaac missed his second straight game with a sprained ankle. ... Reserve G Michael Carter-Williams left the game at the 10:50 mark of the second quarter with a hip injury. D.J. Augustin left six minutes later with a dislocated finger, but did return.. He finished with 13 points ... G Markelle Fultz hit back-to-back 3-pointers for the first time this season. Fultz was 4 of 25 on 3s coming into the game.

Magic: At Toronto on Wednesday night.