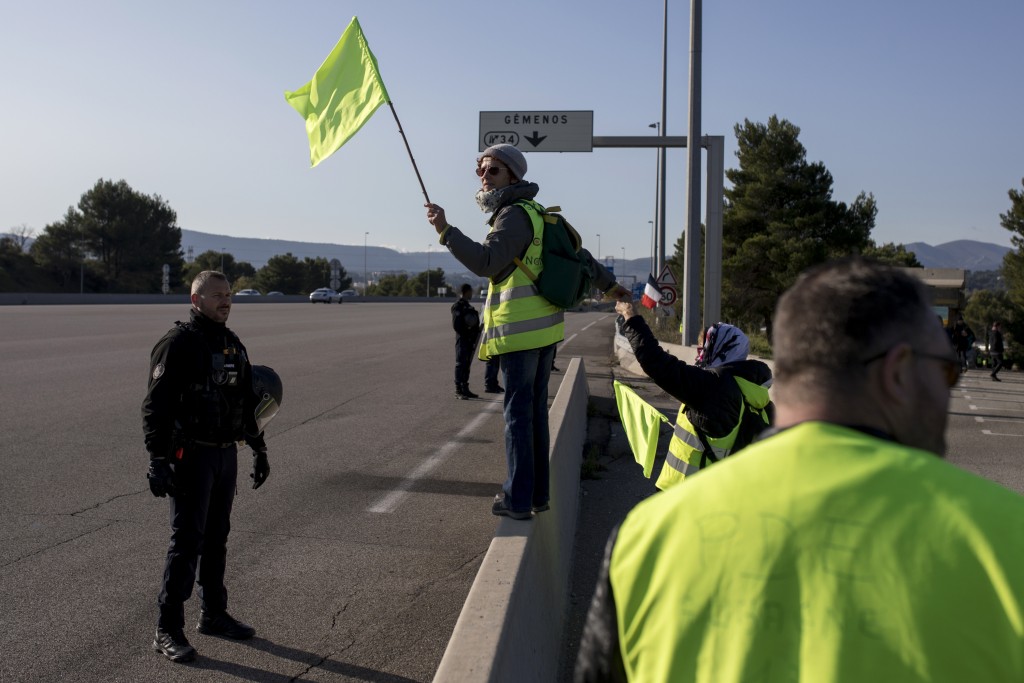 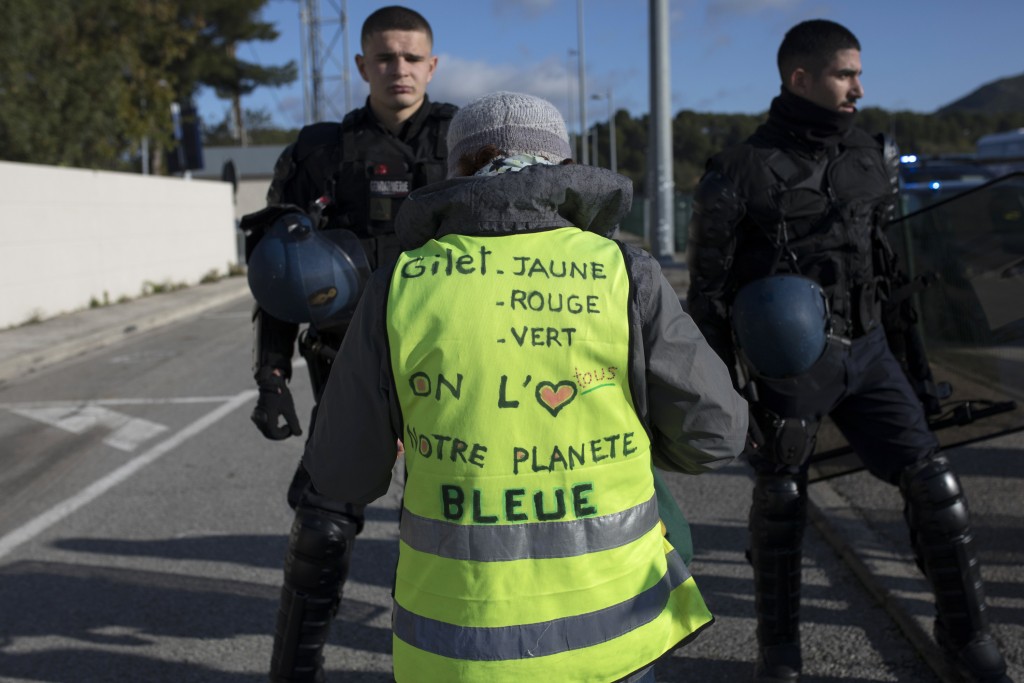 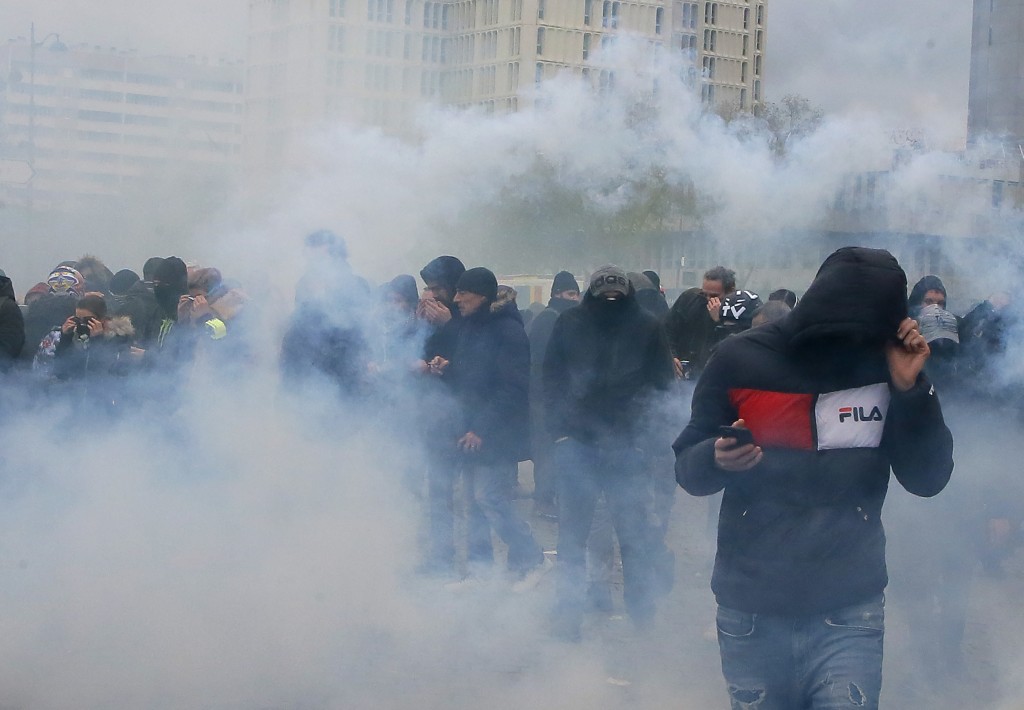 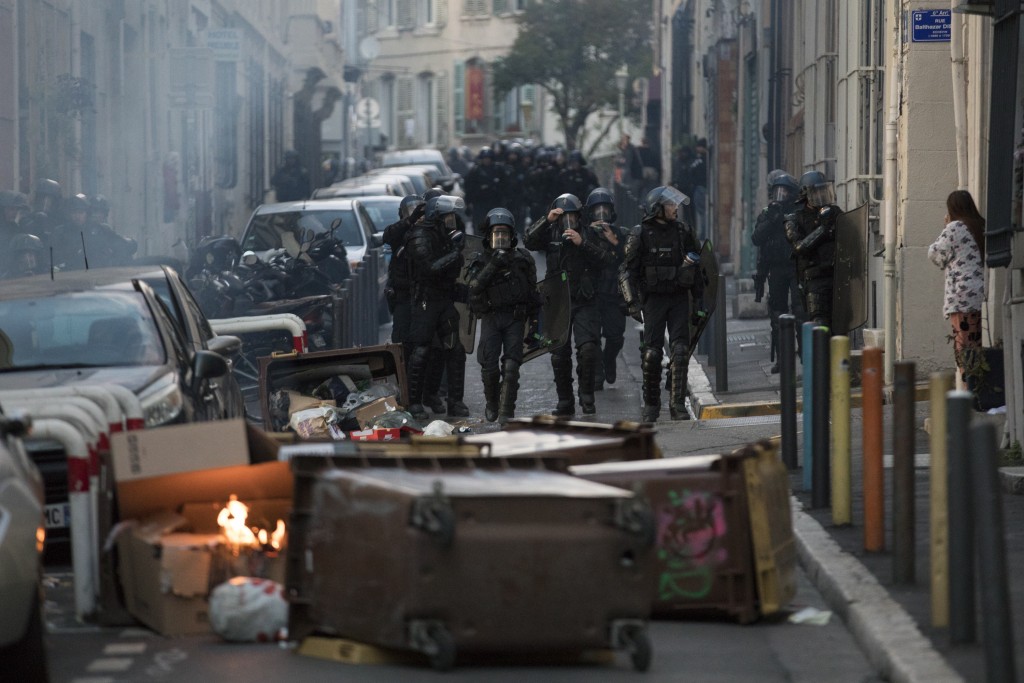 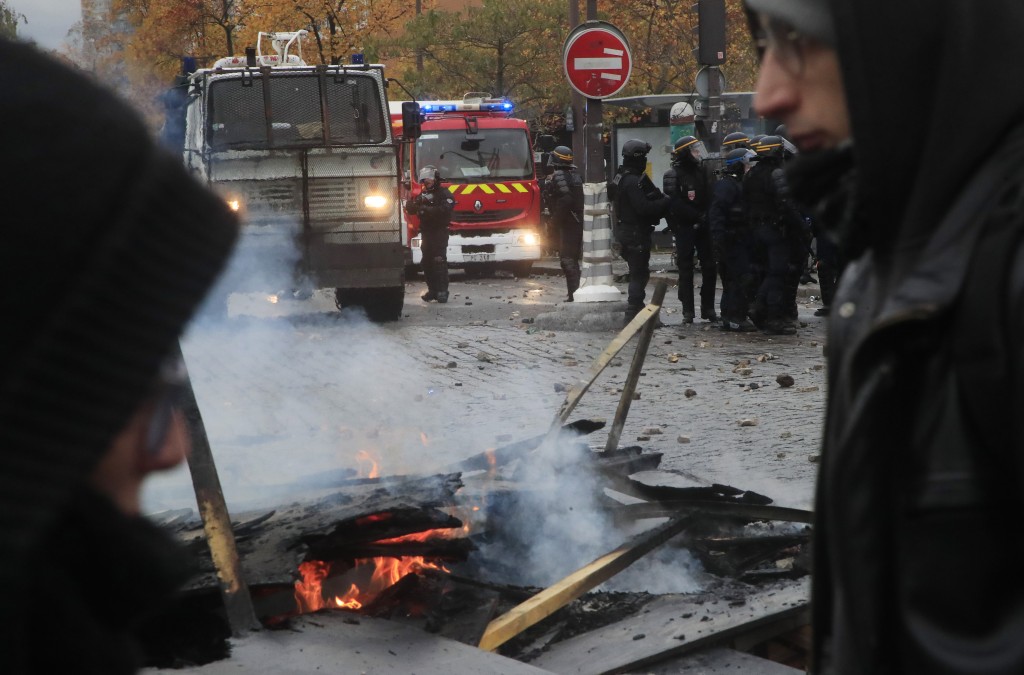 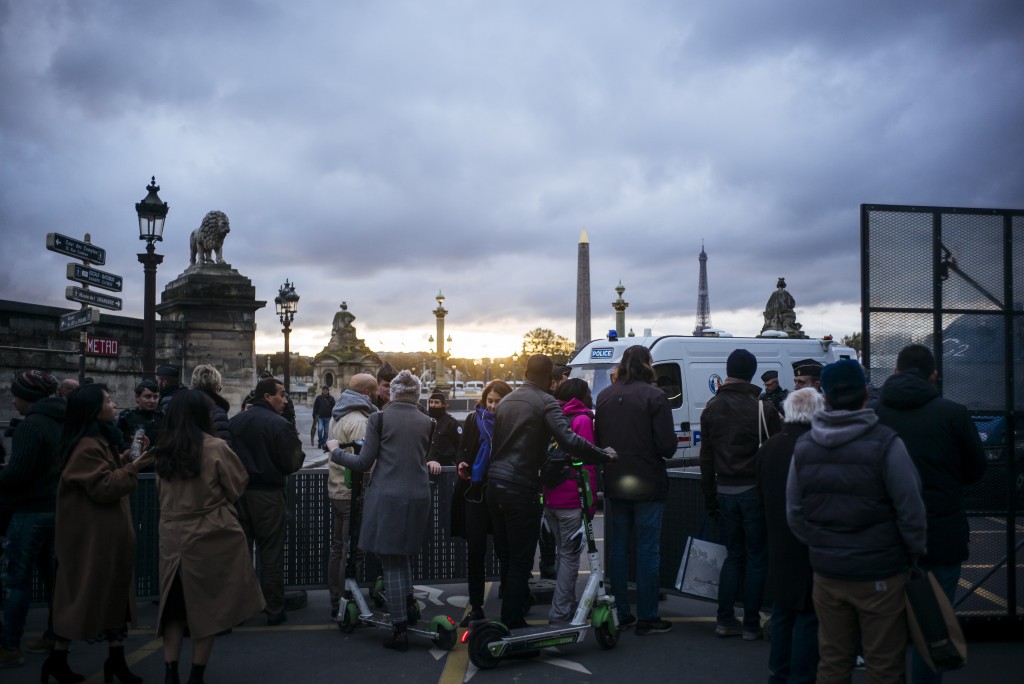 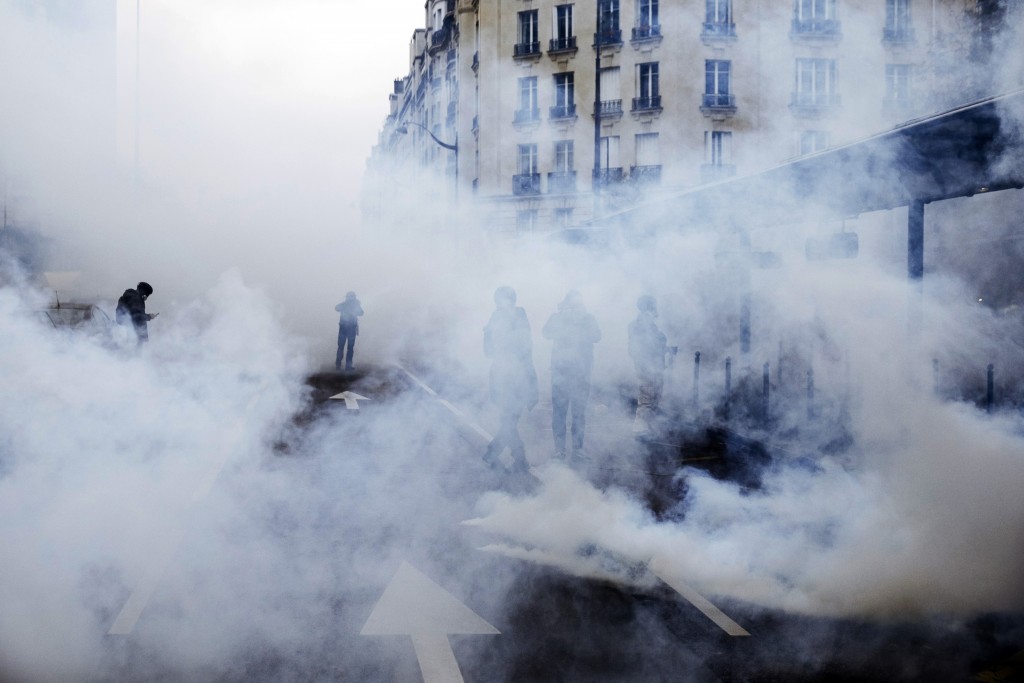 PARIS (AP) — Yellow vest activists are staging fresh protests across France to mark the birth last year of their movement for economic justice, a day after scuffles between Paris police and activists marred the anniversary.

Authorities said about 28,000 people marched across France on Saturday, including 4,700 in Paris. Yellow vest activists said there were 44,000.

On Sunday, dozens of protesters briefly gathered under the dome of Paris’ Galeries Lafayette store to denounce consumer culture.

On Nov. 17, 2018, hundreds of thousands of people blocked traffic around the country to protest a fuel tax hike. The sometimes-violent protests have increasingly vented anger at President Emmanuel Macron’s policies, who is seen as favoring the rich.