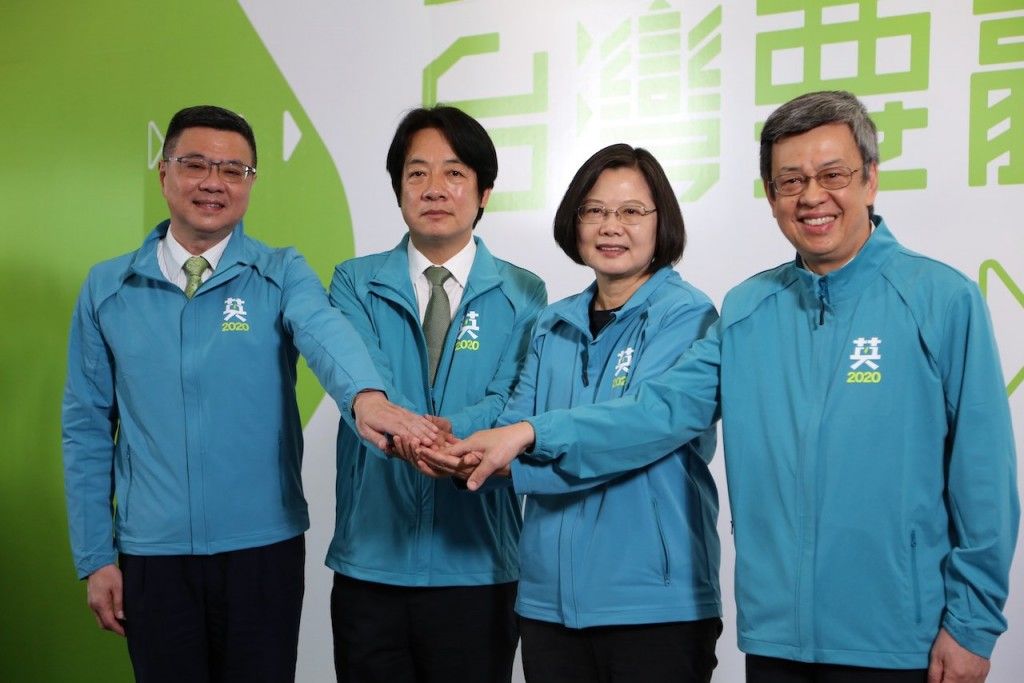 TAIPEI (Taiwan News) — The Democratic Progressive Party's (DPP) vice presidential candidate, William Lai (賴清德), said Sunday (Nov. 17) that the ongoing Hong Kong protests are sending the alarming message to Taiwan that the absence of unity in January's election would open a backdoor for Beijing to undermine the island country's democracy and independence.

Lai, who made the comment on his Facebook page after being named by President Tsai Ing-wen (蔡英文) as her running mate, hopes to appeal to a large number of swing voters.

The presidential and legislative elections are now 54 days away. Polls consistently show the incumbent Tsai enjoying an approximately 10-percentage-point lead over her Kuomintang rival Han Kuo-yu (韓國瑜), while undecided voters comprise enough of the electorate (around 20 percent) to change the result.

Lai suggested voters must look at what is happening in Hong Kong and consider what would be next for Taiwan if China-leaning presidential and legislative candidates were elected. "I see my responsibility and accept the invitation from President Tsai to run as her partner in hopes of lighting up Taiwan at this dark moment and making Taiwan a role model for Hong Kong," he stated.

Lai reiterated that he will help Tsai to achieve the goal of being re-elected and securing an absolute majority of over 57 legislative seats in the January elections. He emphasized that this would serve to safeguard the country's sovereignty and protect its democracy.