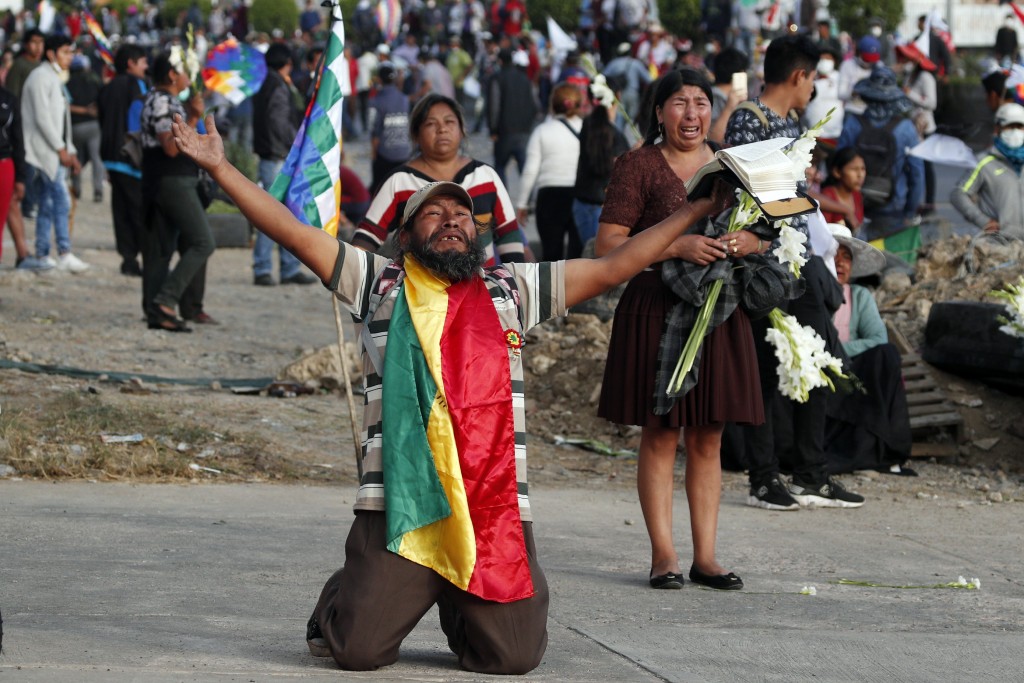 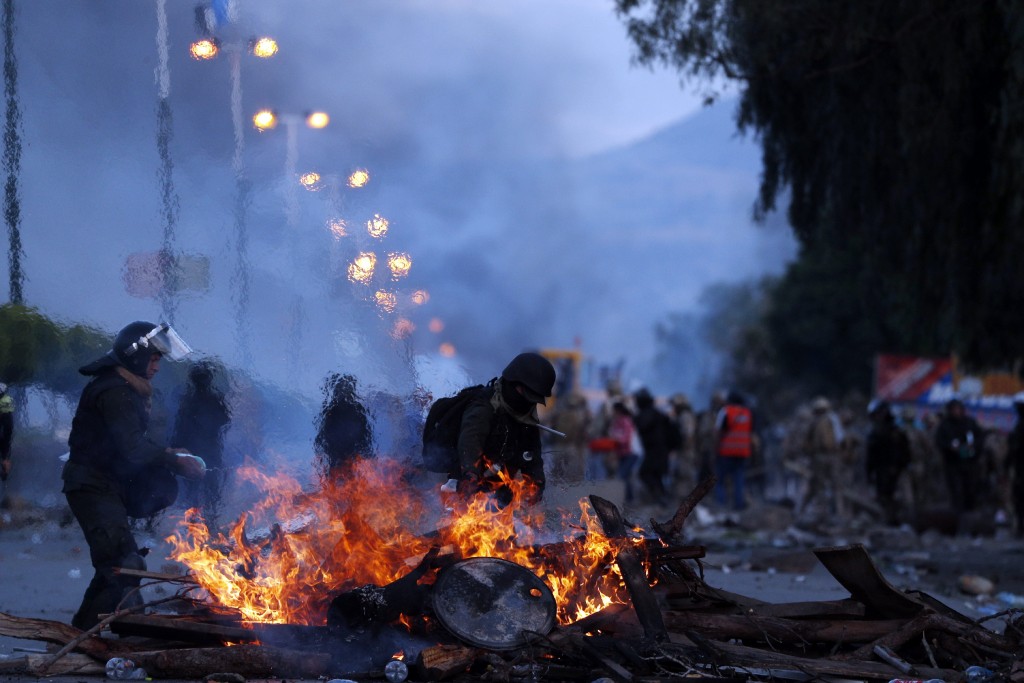 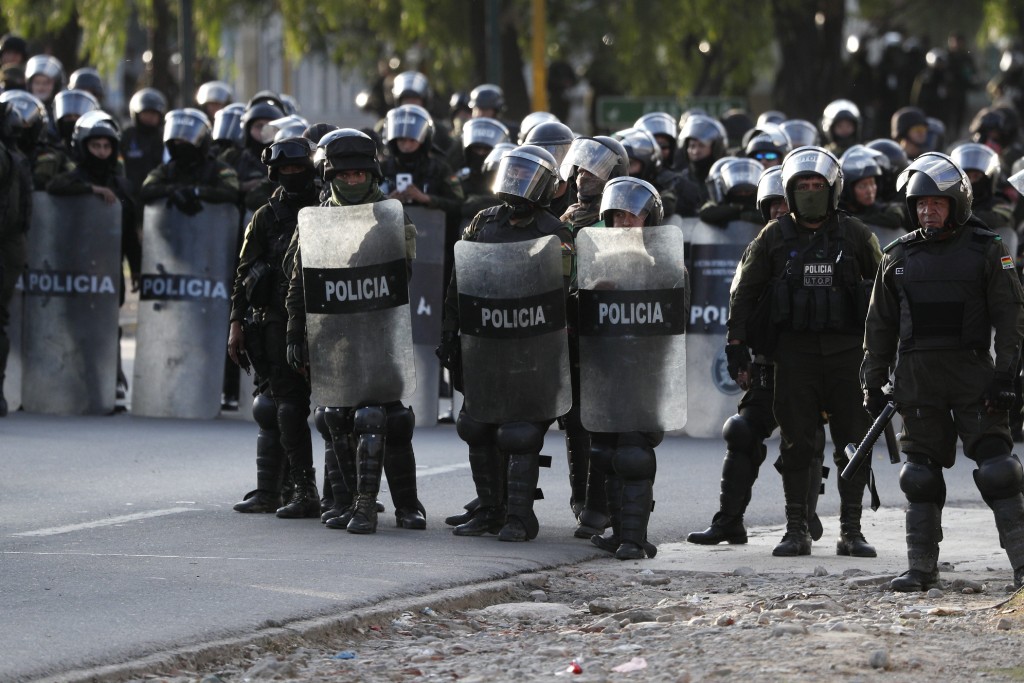 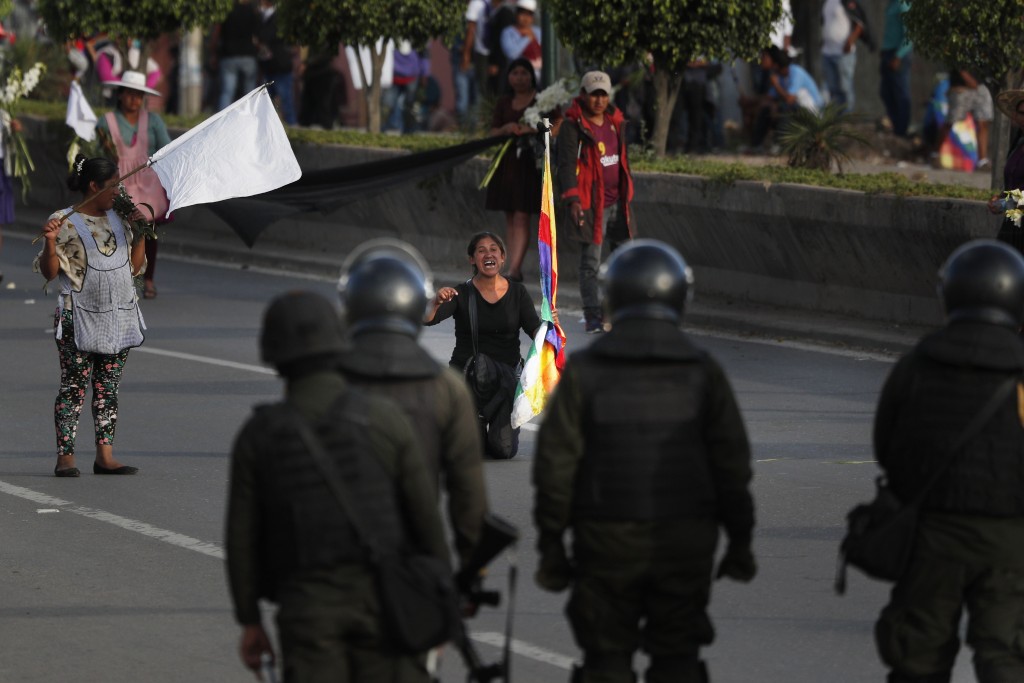 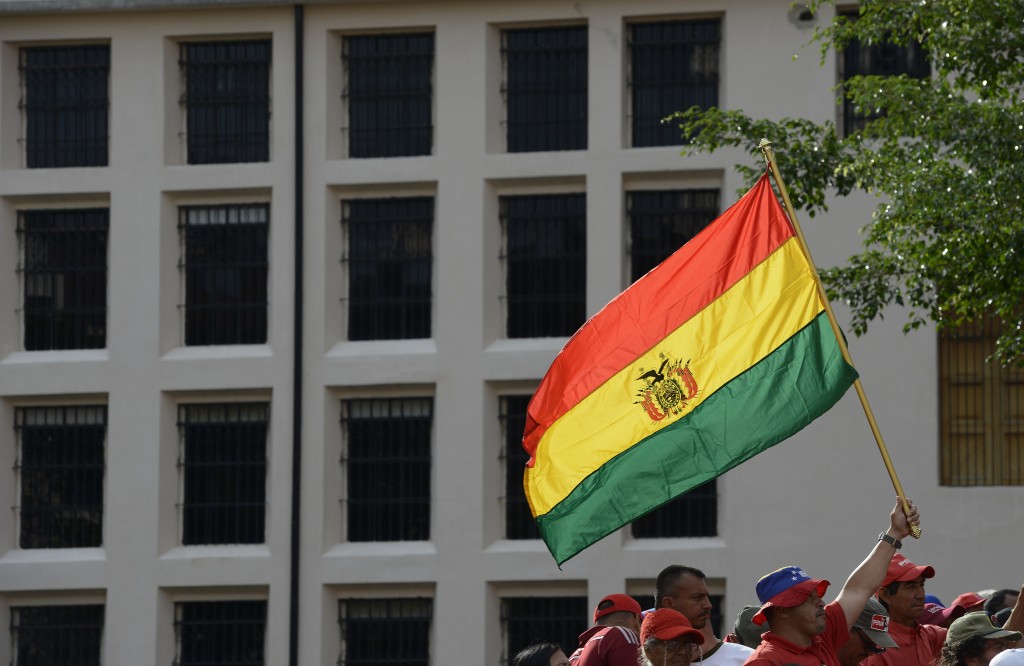 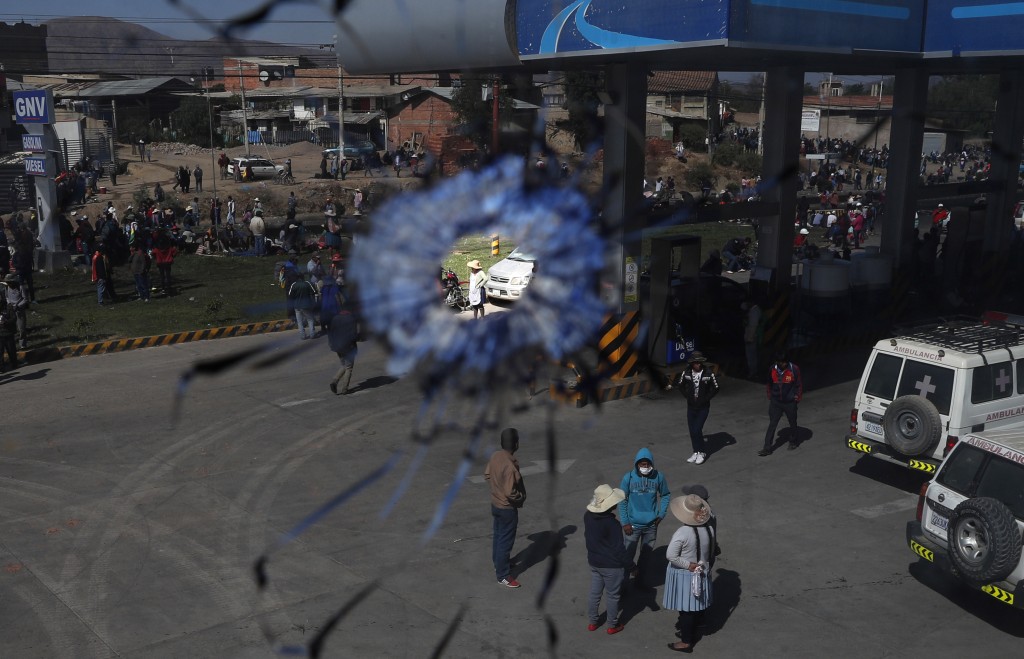 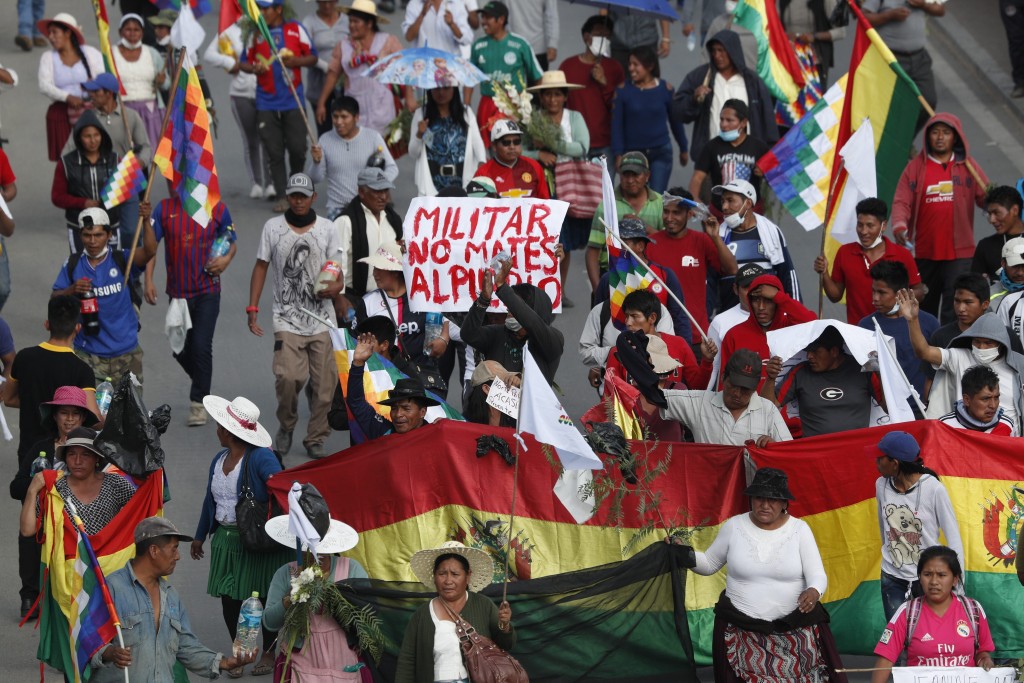 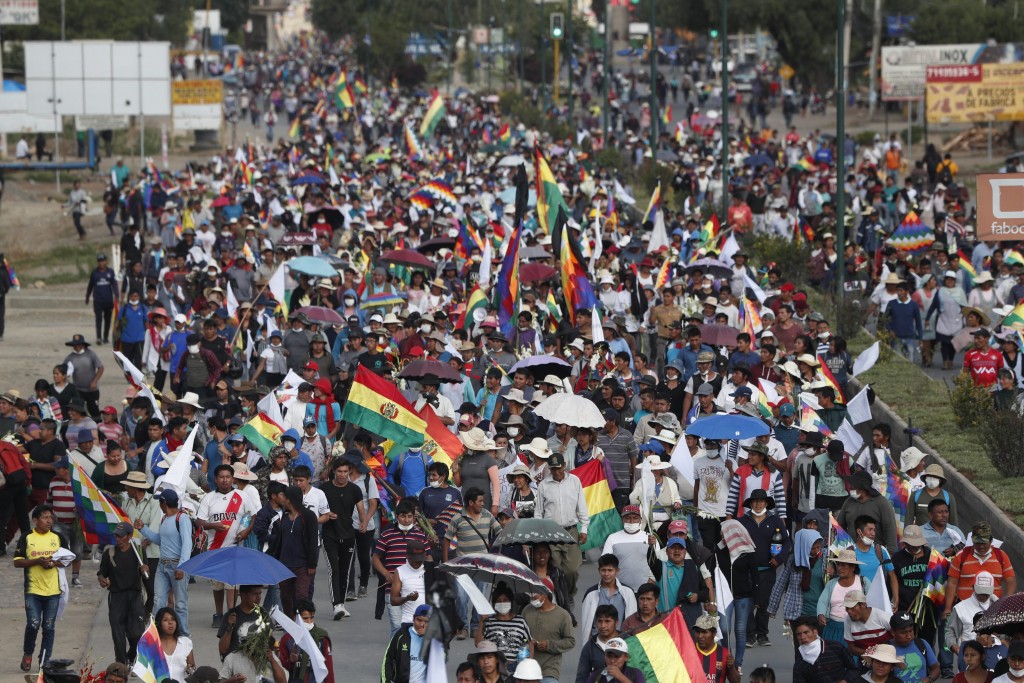 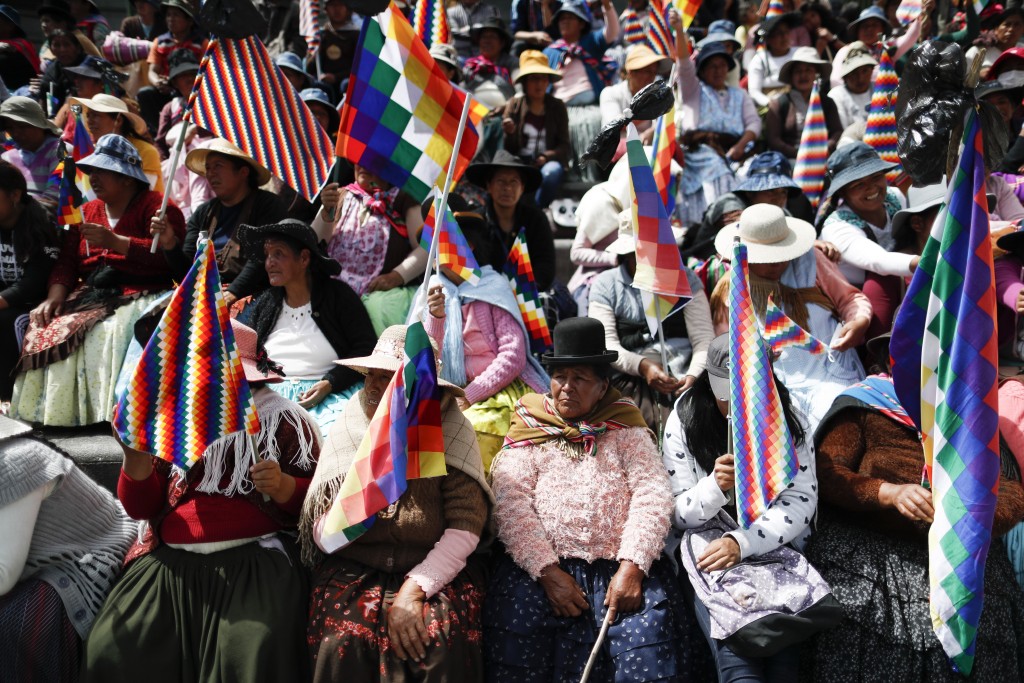 While regionally Sunday’s resignation of Evo Morales marked the exit of the last member of the wave of leftist leaders who took power in South America in recent decades, inside Bolivia the departure of the president who had stabilized the chronically unstable nation was a political earthquake that has re-opened old cracks.

Analysts say the movement to oust Morales was an urban middle-class revolt against what opponents said was fraud in his re-election and his repeated bids to retool the constitution to extend his rule through four terms. After weeks of protests, military leaders urged Morales to step down.

With Morales living in exile in Mexico, largely rural indigenous protesters, some coca leaf growers, are now filling the streets to demand the return of the Aymara former president.

“He is indigenous like me,” said Macario Chura, a poor altiplano farmer, in a recent march to demand the return of Morales from exile.

From Mexico, Morales has encouraged his followers to keep up the pressure, angrily tweeting that the killing of eight of his supporters Friday in the central town of Sacaba was a “massacre” and calling the forces that toppled him racist. The nation’s Ombudsman’s Office said Saturday that 23 people have been killed in violence since the disputed Oct. 20 election.

“A 14-year political cycle has ended,” said Marcelo Silva, a political science professor at the Higher University of San Andrés in La Paz. “We are living post-Evoism, and this brings tensions and uncertainties that complicate the transition until a new political project emerges.”

Racist discourses and regional rivalries have re-emerged in a nation divided between a wealthier, more European-descended lowland east and a more indigenous, poorer, highland west.

“It is worrying that in spite of 14 years (of Morales rule) and a new constitution that enshrines a plurinational state these endemic contradictions have not been resolved,” Silva said.

Morales upended politics on Jan. 22, 2006 when he took power in a nation long ruled by light-skinned descendants of Europeans even though 65% of the population identify themselves as members of an ethnic group. His election was hailed as a milestone achievement for the nation's indigenous population which had not gained the right to vote until 1952.

He ushered in a new constitution that created a Congress with seats reserved for Bolivia's smaller indigenous groups and recognized the Andean earth deity Pachamama instead of the Roman Catholic Church. The charter also "refounded" Bolivia as a "plurinational" state, allowing self-rule for the nation's indigenous peoples.

But Bolivia’s commercial hub, the eastern city of Santa Cruz, remained an opposition stronghold and was a center for the protests that ultimately helped oust him from power. When Morales held a 2016 referendum on removing term limits, voters turned him down. He then upset many people by getting Bolivia's top court to throw out the limits, allowing him to seek a fourth term in this year's election. His opponents called the move illegal.

He claimed victory in the Oct. 20 ballot, but unexplained lapses in reporting some results drew allegations of vote fraud and set off weeks of protests. His support weakened, and finally a push by the chief of the Bolivian military led him to resign.

But now that he is gone, many worry the country could return to politically unstable pre-Morales times. By one count, Bolivia has had more than 190 coup attempts and revolutions since its 1825 independence in a repetitive cycle of conflict between political elites in urban areas and disenfranchised by mobilized rural sectors.

U.N. human rights chief Michelle Bachelet issued a statement Saturday saying she was concern that in the wake of the Sacaba killings “Bolivia could spin out of control if the authorities do not handle it sensitively and in accordance with international norms.”

But just weeks into power, some of her decisions have seemed unrelated to these tasks. She has broken relations with the socialist government of Venezuelan President Nicolás Maduro, pulled Bolivia out of left-leaning regional blocs ALBA and Unasur, and fired almost all the ambassadors named by Morales.

At a recent meeting in Brazil of the BRICS group of emerging economies, Russian President Vladimir compared the situation in Bolivia to the chaos that ensued in Libya following the 2011 death of Moammar Gadhafi.

“They have no leadership at all. It's similar to the situation in Libya, though there is no direct armed intervention,” Putin said.