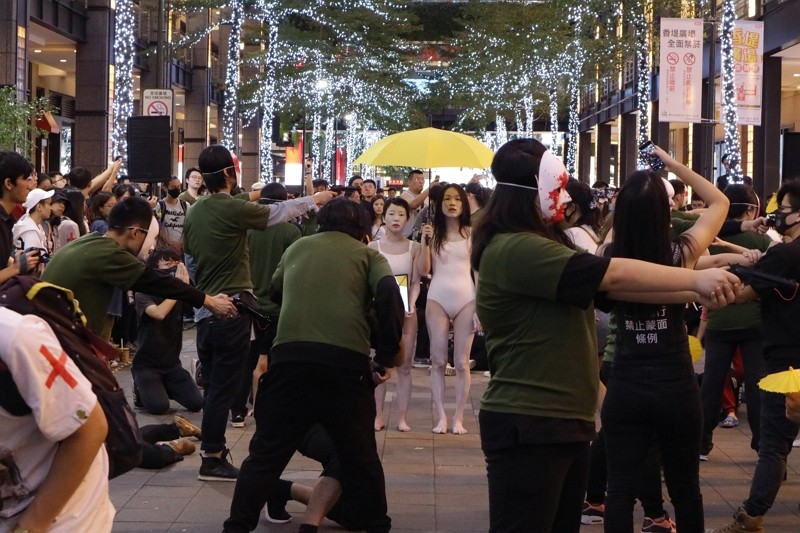 TAIPEI (Taiwan News) — A Taiwan NGO and acting troupe performed a re-enactment of the Hong Kong anti-extradition bill protests on the streets of Taipei, at Chianti Avenue Plaza, on Saturday (Nov. 16).

Citizen Front Taiwan (台灣公民陣線) spokesperson, Chiang Min-yen (江旻諺), explained the goal was to raise awareness about the situation in Hong Kong and the threat posed by China.

“Time-Lapse of Hong Kong: Raising Awareness of the Atrocities of Communist China (香港縮時：一起喚醒對中共暴行仍無所知的人),” was performed by Citizen Front Taiwan and the Three and Four Participatory Theater (三語事劇場). The show included a re-enactment of police firing tear gas at the demonstrators and was a reminder the fight for democracy in Hong Kong has not ended.

At the event, former deputy leader of the Labour party of Hong Kong, Cheng Sze-lut (鄭司律), expressed gratitude for the attention Taiwan has shown Hong Kong. He said if it were not for Taiwan’s support it would be even more difficult for Hong Kong’s people to bear the current situation.