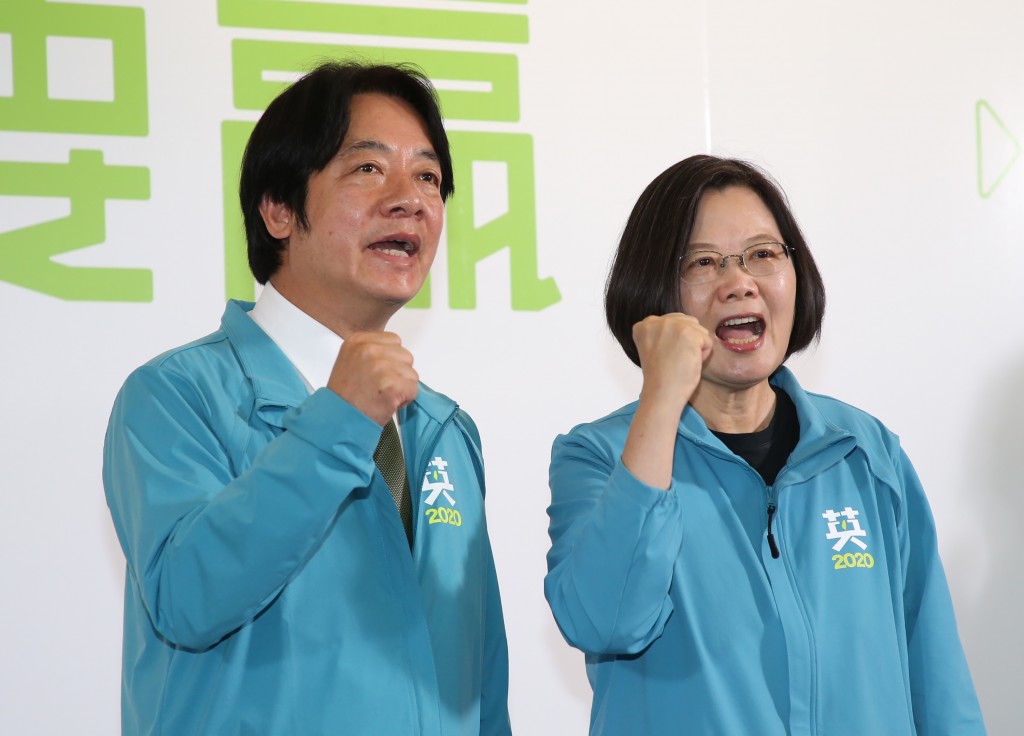 The duo are seeking re-election for the Democratic Progressive Party (DPP), and an absolute majority with over 57 legislative seats in the January elections.

Lai, the former premier, started to share the campaign stage with Tsai in early November and attended the inauguration of her Kaohsiung campaign headquarters on Saturday (Nov. 16). Lai had previously visited the U.S. to solicit support for Tsai's re-election, after March's bruising primary.

At the press event held at her national campaign headquarters in Taipei, on Sunday, Tsai officially introduced Lai as her running mate. Lai then made a speech.

He said he would do his utmost to win the election with Tsai, safeguard Taiwan's sovereignty, protect democracy, and promote reforms. He would also continue to address the challenges Taiwan faces both internally and externally, including climate change and global economic turbulence.

Lai said he is putting the national interest first. He also added the party should listen more to the views of the people to win their trust.

Vice President Chen Chien-jen (陳建仁), who announced he would not run in 2020, spoke at Sunday's press event, as the chief of staff at Tsai's Taipei campaign headquarters. He said he would dedicate himself to his life-long passion for research work after stepping down from his post next year, and called on everyone to support the Tsai-Lai ticket.

"Positive progress has been made under Tsai's leadership, and I believe that Taiwan will continue to prosper and people can live carefree lives over the next four years with Tsai," he added.

Shouting the slogan, "Taiwan wants to win," Tsai and Lai called for party unity to safeguard democracy and freedom in Taiwan.