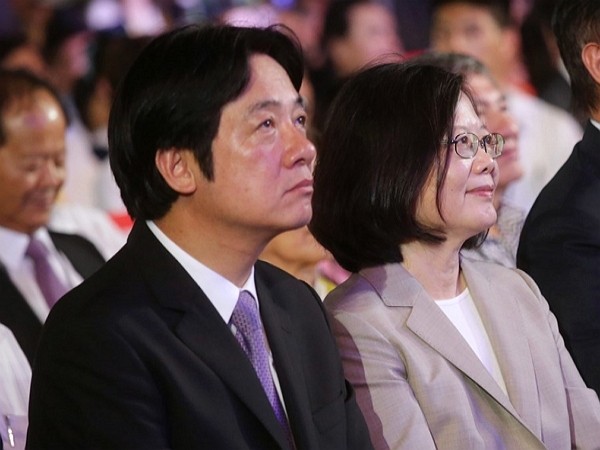 TAIPEI (Taiwan News) — Taiwanese President Tsai Ing-wen (蔡英文) will announce former Premier William Lai (賴清德) as her running mate for the 2020 presidential election on Sunday (Nov. 17) at the establishment of their national campaign headquarters in Taipei.

Although many have already suspected Lai of being Tsai's vice-presidential pick, the president's team has kept a low profile on the matter. The duo is expected to share the stage at the Tsai campaign's Kaohsiung headquarters on Saturday evening (Nov. 16), reported CNA.

While other presidential contenders have already announced their election partners, Tsai did not reveal her pick on Thursday (Nov. 14) as some in the media had suggested she would. According to sources from inside the Democratic Progressive Party (DPP), Tsai is set to announce Lai as her running mate at 9 a.m. on Sunday.

Once Lai is confirmed to be on board, the pair will be up against Kuomintang (KMT) presidential candidate Han Kuo-yu (韓國瑜) and his partner Simon Chang (張善政), who has also served as Taiwan’s premier, as well as People First Party candidate James Soong and his running mate Sandra Yu (余湘). Tsai and Lai previously competed against each other in the DPP presidential primary in June.