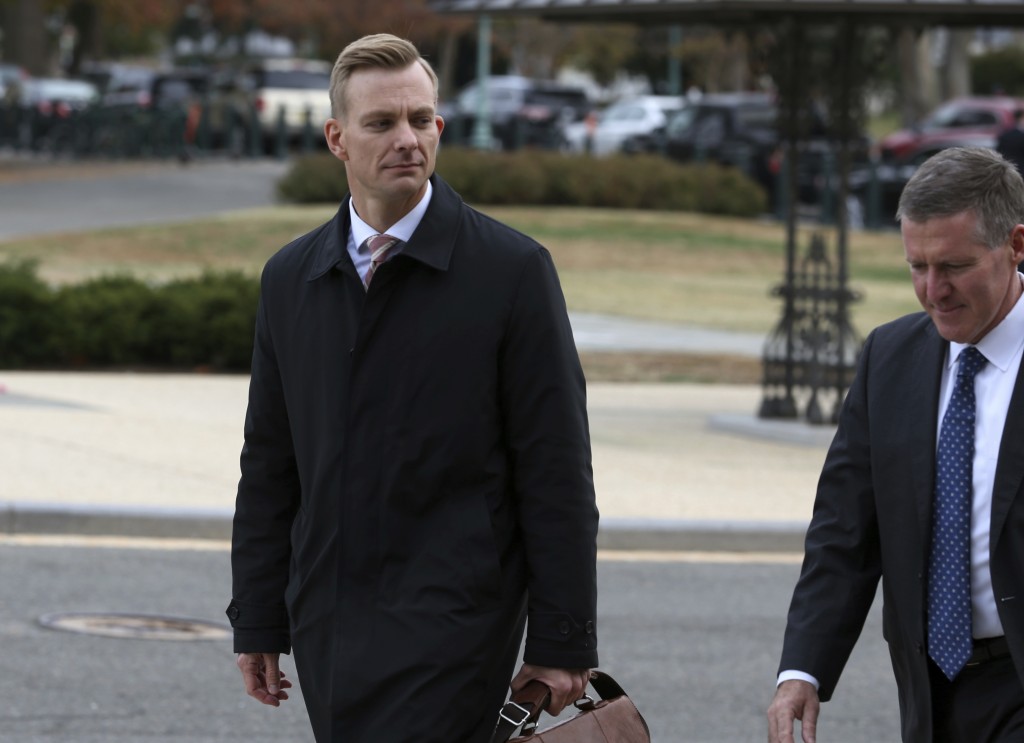 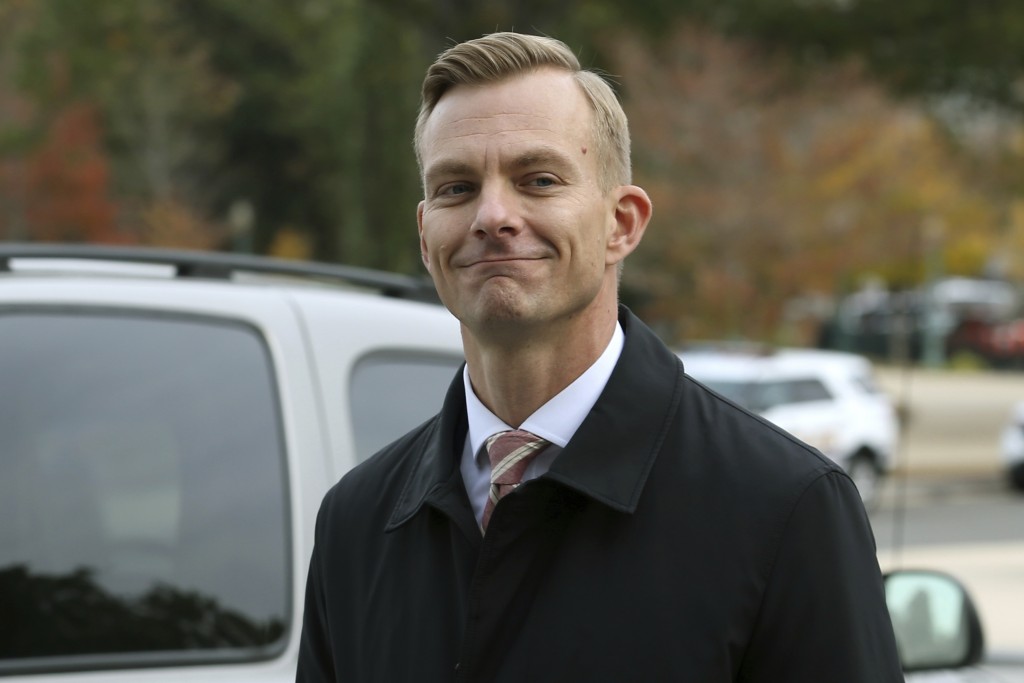 WASHINGTON (AP) — The Latest on the deposition of State Department official David Holmes (all times local):

President Donald Trump was talking so loudly that Ambassador Gordon Sondland had to hold the phone from his ear, which allowed others at a restaurant in Kyiv to overhear a conversation about “investigations” that’s now part of the impeachment inquiry.

That’s according to a person familiar with testimony under way in a closed-door briefing at the Capitol. The person was unauthorized to discuss the proceeding and granted anonymity.

Investigators were interviewing David Holmes, the political counselor at the U.S. embassy in Kyiv, Friday in the impeachment inquiry.

Holmes confirmed he overheard the call at the restaurant, the person says.

The impeachment inquiry centers on Trump’s push for Ukraine to investigate rivals while the administration was withholding military aid to the East European ally.

A State Department official based in Ukraine has told impeachment investigators that he overheard a conversation between President Donald Trump and a diplomat about “investigations” in Ukraine, according to one lawmaker leaving the closed-door deposition.

Rep. Ted Lieu, D-Calif., says David Holmes told lawmakers he overhead the call while he was having lunch in Kyiv in July with Trump’s European Union Ambassador, Gordon Sondland.