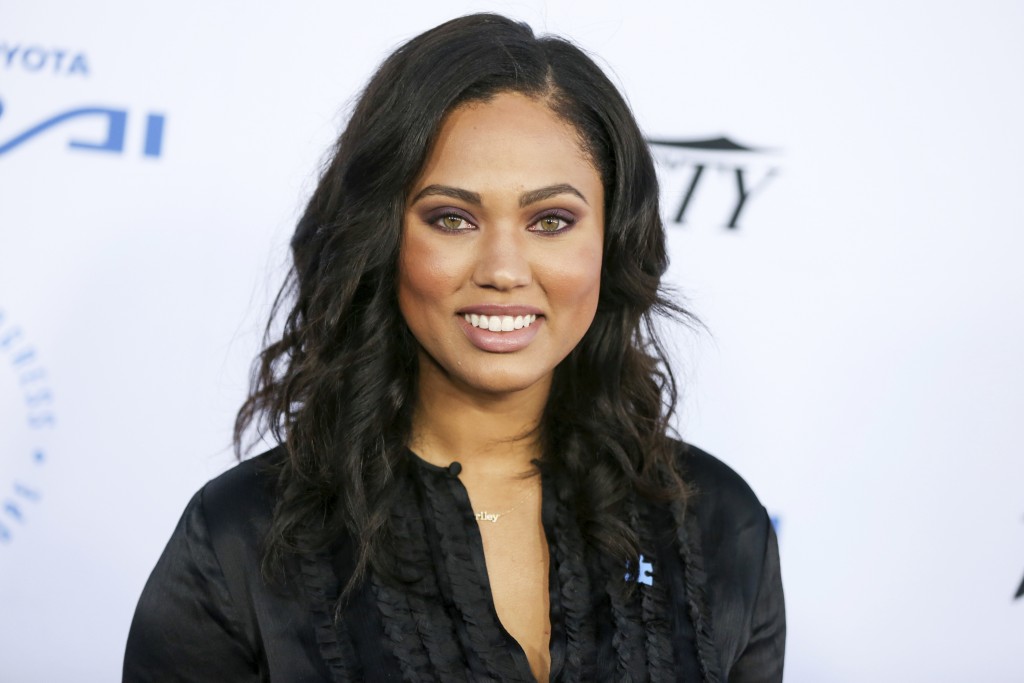 NEW YORK (AP) — Ayesha Curry is used to a holiday on the road with lots of people, but with three-time NBA champion Steph Curry sidelined due to injury, the family is planning to have a much more intimate celebration at home — and she’s looking forward to it.

“This is the first Thanksgiving we're having where it's going to be super small. I think there's going to be eight of us, and that's the smallest we've ever had by far,” the cookbook author said this week.

Part of it she attributed to life changes and extended family being strewn about, but it’s also due to Curry’s hand injury, which will keep him out of the lineup for the Golden State Warriors for at least three months.

“We weren't supposed to be home for Thanksgiving. The team was traveling, but since Stephan will be home now because of his hand surgery, it’s going to be small and intimate,” she said. “We're kind of excited about it, it’s nice —set some traditions.”

One of the items she plans to have on the menu is her cast iron bread pudding recipe with brown butter apples, which made its debut this week on Google Assistant. Curry’s recipes will be featured on Google’s tech devices.

“It’s delicious and easy to make, so I think people will enjoy that as a kickoff to being able to cook step by step with the assistant,’’ she said.

Curry, who also has a line of culinary items, says she’s learned to appreciate the benefits of using tech devices in the kitchen as opposed to pulling out the recipe book.

“It will take you through this step-by-step process. And so basically having everything on one platform makes it really easy rather than having to use multiple things to figure out how to get the job done,” she said.” And I know for me as a mom, being able to have something on one piece of technology is very, very helpful.”

The Currys have three children: daughters Riley, 7, and Ryan, 4, and son Canon, 1. Curry says the two oldest help in the kitchen, and Riley has become a fan of baking.

“I don't know where she got that from because I'm really not the biggest baker, but I love that she's taking an interest in it,” Curry said.

“She just entered her school baking contest. She was so cute! She didn't win. And I think that because a lot of the kids had parental help. I actually had her do it herself, like the rules said,” she said, laughing.

Curry is currently working on her second cookbook, among her other projects. She’s been testing out new recipes using her family as guinea pigs. Her latest experiment, a flash-fried lobster and shrimp with a sweet tamarind glaze, was a hit. But she admits that she doesn’t always get it right.

"But that's why I love cooking so much as because it is so experimental and you can finesse it sometimes ... whereas baking is so meticulous and scientific, cooking is like the opposite of that. So that's why I love it so much — always some sort of experiment going on."