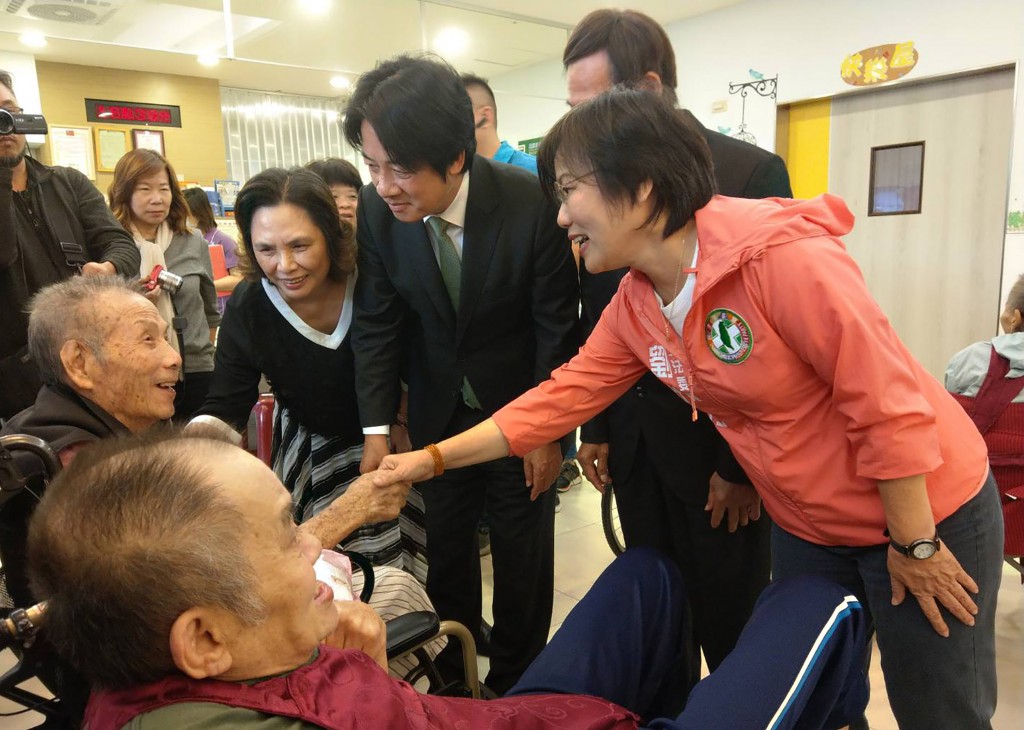 Recent media reports suggested Tsai would reveal her pick on Thursday (Nov. 14), but the announcement did not come. In the meantime, all other presidential contenders have announced their vice-presidential partners for the January 11 election.

Accompanying Lai on a visit to a retirement home in Kaohsiung on Friday, legislator Liu Shyh-fang (劉世芳) said that “everybody’s expectation” would be met within 48 hours, Liberty Times reported.

The former premier was more cautious, emphasizing that choosing a vice-presidential candidate was the prerogative of the president. Lai was unwilling to reveal whether he had discussed the matter with President Tsai, according to Liberty Times.

The two faced off against each other in the DPP presidential primary earlier this year but grew closer over the following months, with Lai campaigning on the president’s behalf with Taiwanese communities in the United States and the two appearing together at a legislative campaign event on Nov. 2.