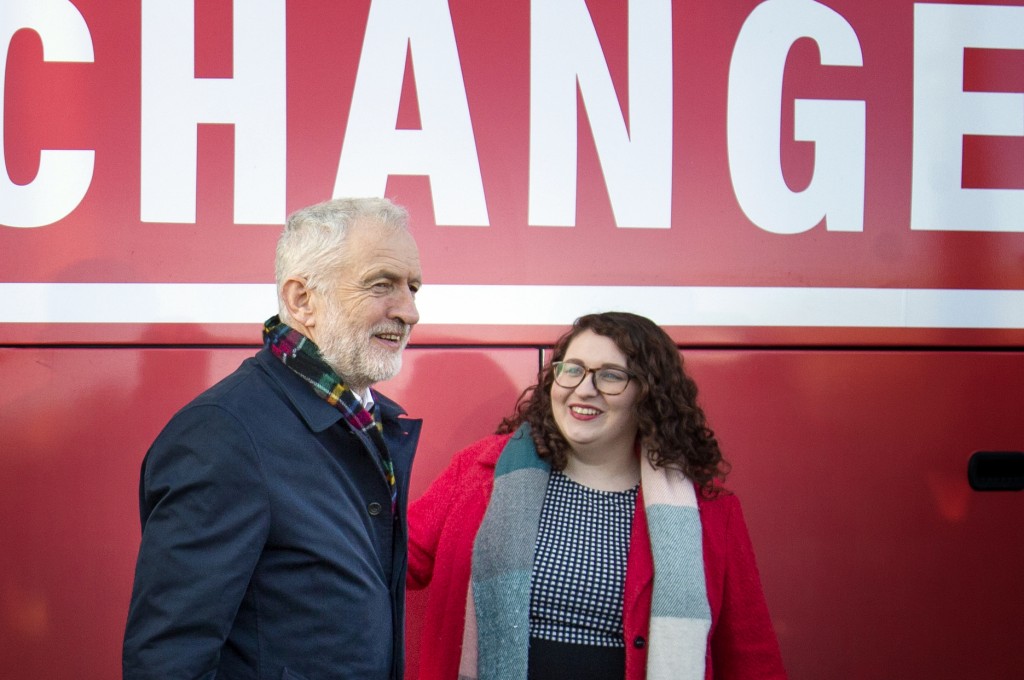 Party leader Jeremy Corbyn, who outlined the plan during a speech ahead of next month's election, described broadband as being “at the heart of Labour's plans to transform the future of our economy and society.”

The self-described socialist, who has already announced plans to renationalize water companies and some rail lines, described it as an effort to help all parts of society face the future.

"What was once a luxury is now an essential utility," Corbyn said. “That's why full-fiber broadband must be a public service, bringing communities together, with equal access, in an inclusive and connected society.”

Labour plans to nationalize BT's digital network, known as OpenReach, and the company's other broadband-related businesses. The value of the assets would be set by Parliament, with shareholders receiving compensation in the form of government bonds, Labour said in a statement. The project would be funded in part with a tax on multinational corporations, including Amazon, Facebook and Google.

Labour's plans to nationalize some industries are part of a bitter election campaign that has seen both major parties woo voters with promises to increase spending after a decade of budget austerity under Conservative-led governments. Britain is holding the Dec. 12 election because Prime Minister Boris Johnson wants to secure a majority in the House of Commons so he can take the U.K. out of the European Union by Jan. 31.

The telecommunications industry also greeted the plan with dismay. TechUK, which represents British technology companies, described it as fundamentally misguided.

"These proposals would be a disaster for the telecoms sector and the customers that it serves,’’ TechUK CEO Julian David said in a statement. “Renationalization would immediately halt the investment being driven not just by BT but the growing number of new and innovative companies that compete with BT.”

BT shares fell as much as 3.7% to 188 pence in early trading on the London Stock Exchange.

One rival, TalkTalk, said Friday that the sale of its full-fiber optic broadband business, FibreNation, has been put on hold because of the Labour announcement.

Shares in companies including National Grid, which operates the national power network, the Severn Trent water company, Royal Mail and rail franchise holders such as National Express and Go Ahead Group are already trading at a discount because of concerns they will be nationalized, according to Michael Hewson of CMC Markets.

BT was surprised by the announcement because Labour recently assured the company that it wasn't a candidate for nationalization, Hewson said.

“With other companies also being told the same thing by the Labour Party, investors will no doubt be looking very carefully at other possible candidates for nationalization, and whether they need to be concerned,” he said.

BT’s competitors seized the opportunity to offer their view on their contribution to broadband delivery in the country.

James Lusher, Virgin Media's head of external communications, tweeted a gif of a raccoon stealing food from a cat bowl captioned with the words: "This mine now."

In the more studied response, the company pointed out that it had “pledged to bring next-generation Gigabit broadband to half of the U.K., by the end of 2021.”

“With billions of pounds worth of private money invested in the U.K., Virgin Media continues to expand its network, providing competition and choice to consumers,” it said “Government policy has a role to play and can help to accelerate broadband deployment in a way that minimizes the level of public subsidy needed and provides the U.K. and consumers with incredible connectivity within a competitive market.

Labour governments nationalized many industries, including railroads, coal, steel, energy suppliers and telecommunications after World War II as Britain struggled to rebuild its economy. The Conservative government of Prime Minister Margaret Thatcher sold off most of those assets in the 1980s because of concerns that large state-owned monopolies were inefficient and amid hopes that competition would provide better service at lower cost.

British Telecommunications, now known as BT, was privatized in 1984 when more than half its shares were sold to the public. The government sold its remaining shares in 1991 and 1993.